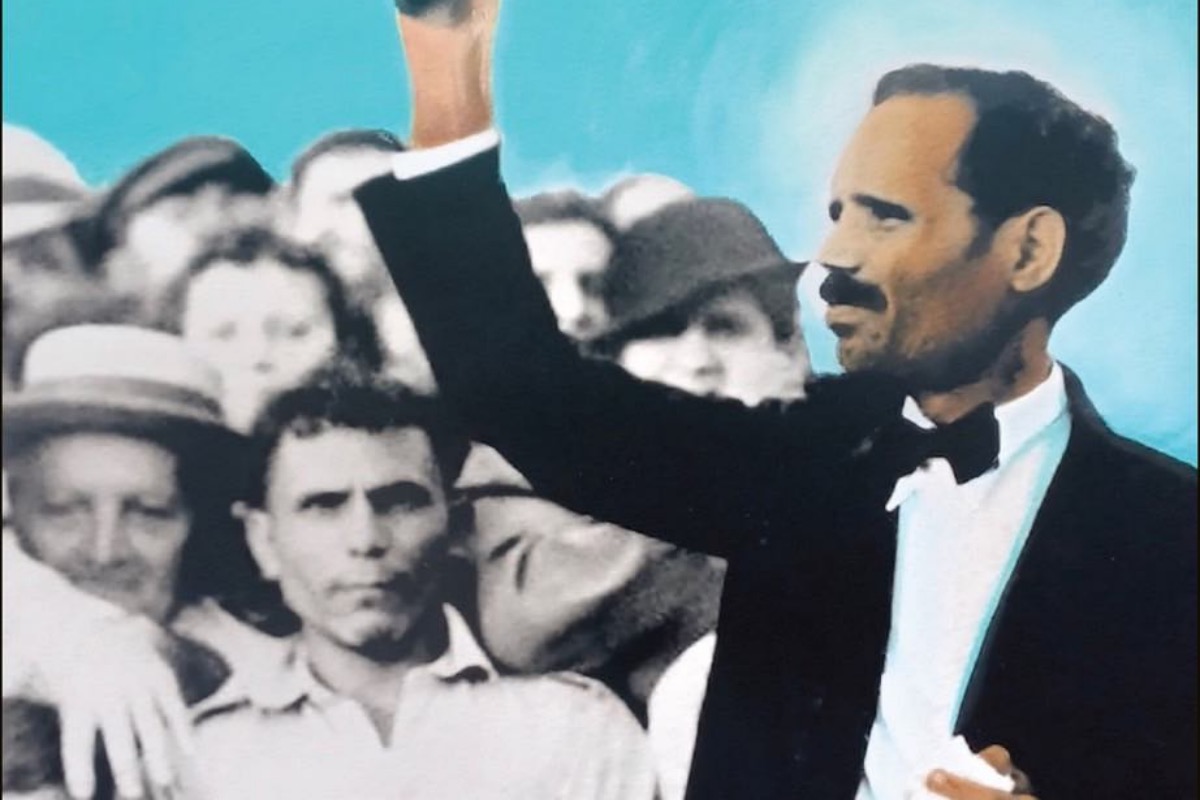 Don Pedro Albizu Campos is a name revered, a historical figure admired by many and controversial for some. His life and legacy embody the Puerto Rican people’s fight against colonialism. Campos’ name resonates still today as we witness the collapse of the archipelago’s infrastructure and the corruption and greed that is its political reality – and in the distance, we catch a glimpse of a new Puerto Rico.

So it is that Vida y Hacienda: The Life and Legacy of Dr. Pedro Albizu Campos, a new biography by Andre Lee Muñiz, could not arrive at a better time. It fills a gap vacant for too long: a well-written treatise on the life and times of Don Pedro Albizu Campos in English. But much more than that, it is ultimately a gift from a son to his father.

“When I was young, my father, a lifelong independentista, asked me, ‘When will you learn your history? When are you going to learn about Don Pedro?’ Muñiz writes. “It wasn’t until he transitioned that I took it upon myself to learn about our repressed history. This is the book I wish was available to me when I was young and learning about my nation’s history.”

The title comes from the credo of the Partido Nacionalista, which requires an oath to sacrifice “life and property” to the struggle for independence. Don Pedro, the party’s de facto leader from 1930 until his death in 1965, embodied that oath.

The book is organized into 38 short, easy-to-read chapters across seven major periods in Don Pedro’s life.

The first two periods —“Roots and Childhood” and “University Experience”— deal with Don Pedro’s youth, educational experience, travels, and influences. The next three —“Early Professional Life,” “First Nationalist Party Era,” and “10 Years Of Exile”— are a detailed look at his rise as a prominent independentista, his organizing in Puerto Rico and beyond, and the impact of his challenges to the colonial regime.

The final two periods —“Second Nationalist Party Era” and “Final Years and Legacy”—illustrate Don Pedro’s return to the island after exile, the final years of his independence organizing, his death, and the legacy he left that shines brighter than ever.

The book offers a general history of Don Pedro, but it also deals with topics unexamined in other books: his early childhood, his academic achievements, and his military studies, including his training in Harvard’s R.O.T.C. program. It also looks at his effort to hold a constitutional convention in 1936, which received widespread support across Puerto Rican society at the time—even from statehood supporters (imagine that!).

Two other, lesser-discussed topics include the infamous Gag Law —which incarcerated people even for clapping at political events or placing flowers at a nationalist’s grave— and Don Pedro’s wife, Doña Laura de Albizu Campos, an essential figure in Don Pedro’s work.

There are also jewels scattered throughout the book that humanize Campos, like the fact that he used to go to church barefoot because he found walking long distances in shoes uncomfortable, tying them around his neck and letting them dangle on both sides of his body.

Or how he used to run away from his strict aunt and spent time with a 100-plus-year-old Black man who impressed upon young Pedro gendered, yet gentlemanly ideas about how to treat women.

Several other anecdotes come to mind, like how he became known by other students attending the University of Vermont for wearing a black fedora hat, or that he was a jogger and had a great sense of humor.

The exciting parts of the book begin in Don Pedro’s Harvard years, where his thoughts on the Puerto Rican situation began to gel. By the way, for those that don’t know, Campos was the first Puerto Rican to graduate from Harvard University and Harvard Law School.

Between 1936, when he was convicted and imprisoned for the first time, and 1965, when he passed away, Campos spent two and a half decades in prison or exile. His physical death was a direct result of the conditions of his imprisonment, especially the years when he was intentionally exposed to lethal amounts of radiation.

Even then, Don Pedro counseled a nation not to lose hope. “As soon as a man takes refuge in fatalism, it is because he has stopped thinking,” he said.

Fatalism threatens to engulf the archipelago today. The last 14 years have hit Puerto Rico with blunt force, subjecting it to a $70 billion debt (supposedly resolved), an imposed fiscal control board, cuts to education, pensions, and health services, the aftermath of Hurricanes Irma and María, a series of earthquakes and corrupt administrations, a pandemic, and the gentrification of the island —primarily by crypto bros hiding behind Act 60— that has marginalized Puerto Ricans in their homeland.

Now we have Hurricane Fiona, five years after María devastated the island, whose unrelenting rain and raging floods flattened an already moribund infrastructure.

That is why Vida y Hacienda: The Life and Legacy of Dr. Pedro Albizu Campos should be on your reading list. It details the different stages of Don Pedro’s life —many that we already knew, some that we did not— but in the end, the heart of the book is the fact that Don Pedro lived for one thing: the emergence of the Puerto Rican nation among the other free countries of the world.

Susanne Ramirez de Arellano is the former News Director for Univision Puerto Rico and a writer and journalist living in New York City. Comments can be sent to her email. Twitter: @DurgaOne