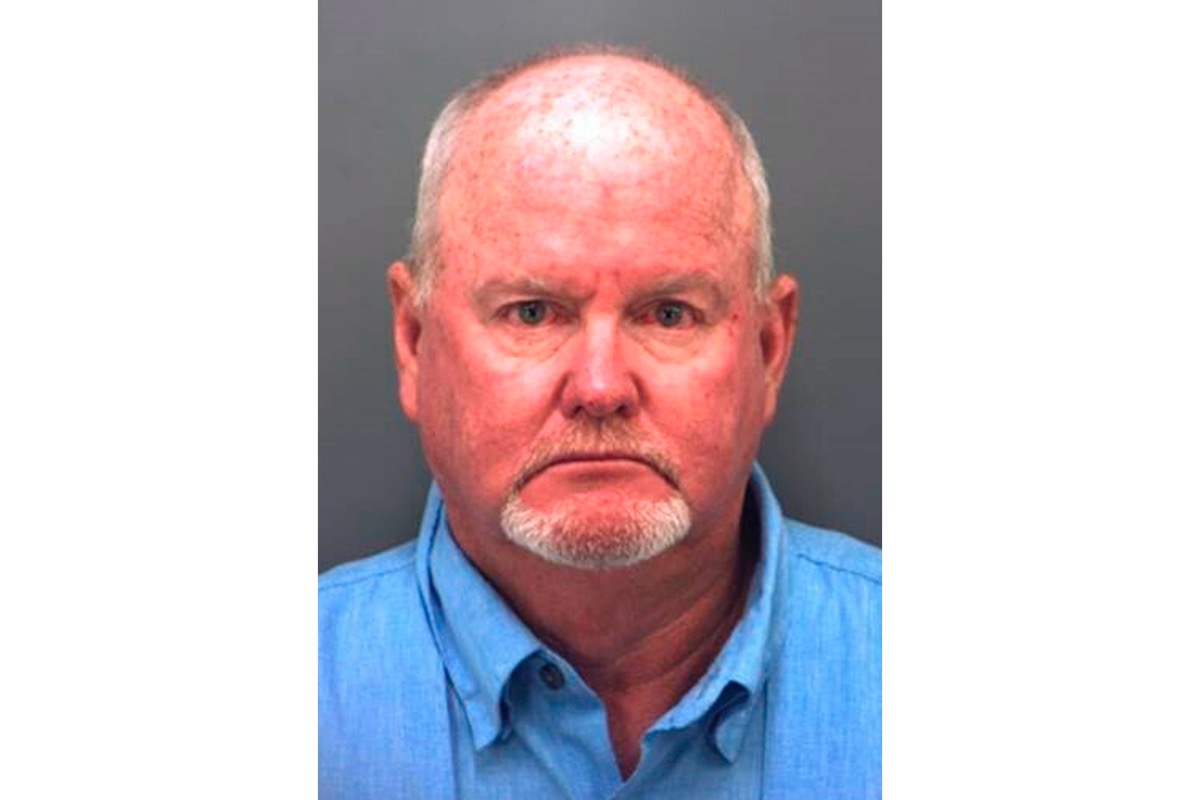 This booking photo provided by the El Paso, Texas, County Sheriff’s Office shows Michael Sheppard, one of two Texas brothers who authorities say opened fire on a group of migrants getting water near the U.S.-Mexico border on Tuesday, September 27, 2022. Sheppard was a warden at a detention facility with a history of abuse allegations. (El Paso County Sheriff’s Office via AP)

AUSTIN, Texas (AP) — The family of a migrant that authorities say was shot to death in Texas by two brothers —including one who was the warden of a detention facility with a history of abuse allegations— are demanding more information this week, as the two men charged in the killing were released from jail.

Jesús Iván Sepúlveda, 22, of Durango, Mexico, was identified by family members as the man who was killed in the Hudspeth County shooting that also left one woman injured. The woman remained hospitalized in stable condition Wednesday, according to a statement from the Mexican Consulate.

Sepúlveda was trying to get to Austin to reunite with his wife and two children —a six-month-old and a three-year-old— and hoped to make enough money to build a home for his family in Mexico, his family said.

“People go (to the U.S.) to follow a dream,” Napoleon Sepúlveda, the victim’s father, told the El Paso Times in Juarez, Mexico, on Tuesday. “And they’re just out there hunting people down.”

DPS said the victims were among a group of migrants drinking water from a reservoir near a road when a truck with two men inside pulled over. The group took cover to avoid being seen, according to court documents, but emerged when the truck backed up.

Witnesses told authorities that one of the men in the truck yelled derogatory terms and revved the engine. The driver then exited the vehicle and fired two shots at the group.

Michael Sheppard, a former warden at the privately run West Texas Detention Facility, which can house immigrant detainees, and his brother Mark Sheppard, both 60, were arrested and charged with manslaughter following the shooting. Both were released on a $250,000 bail each this week, according to the Hudspeth County Sheriff’s Office.

A voicemail left Wednesday at a number belonging to Mark Sheppard was not immediately returned. No current contact information was immediately available for Michael Sheppard, and it was not clear whether either has retained an attorney.

A spokesman for facility operator Louisiana-based Lasalle Corrections, which runs the West Texas Detention Facility, told the Associated Press last week in an email that Michael Sheppard had been fired as warden “due to an off-duty incident unrelated to his employment.”

The Mexican Consulate said it was working with local attorneys to seek possible cases for human rights violations. Additionally, the Anti-Defamation League has been notified about the shooting.

Congressman Lloyd Doggett, a Democrat, said Michael Sheppard was warden at the West Texas center during the period examined in a 2018 report by the University of Texas and Texas A&M immigration law clinics and the immigration advocacy group RAICES. The report cited multiple allegations of physical and verbal abuse against African migrants at the facility.

Information provided by Doggett’s office shows the webpage for LaSalle Corrections listed Sheppard as an employee at West Texas since 2015.

According to the report, the warden “was involved in three of the detainees’ reports of verbal threats, as well as in incidents of physical assault.” The warden cited in the report was not named.

Sepúlveda’s death was the first of two deadly shootings along the U.S.-Mexico border in less than a week.

A Mexican citizen who was in custody was fatally shot at the Ysleta Border Patrol Station in El Paso on Tuesday, U.S. Customs and Border Protection said in a statement. He was taken to a hospital where he was pronounced dead, the FBI said.

The Border Patrol said its agents were involved in the shooting, but no details were released about what preceded it. The Mexican Consulate in El Paso said the man who died was a Mexican citizen who was being processed at the station when criminal charges against him were discovered. The FBI is leading the investigation into the shooting.