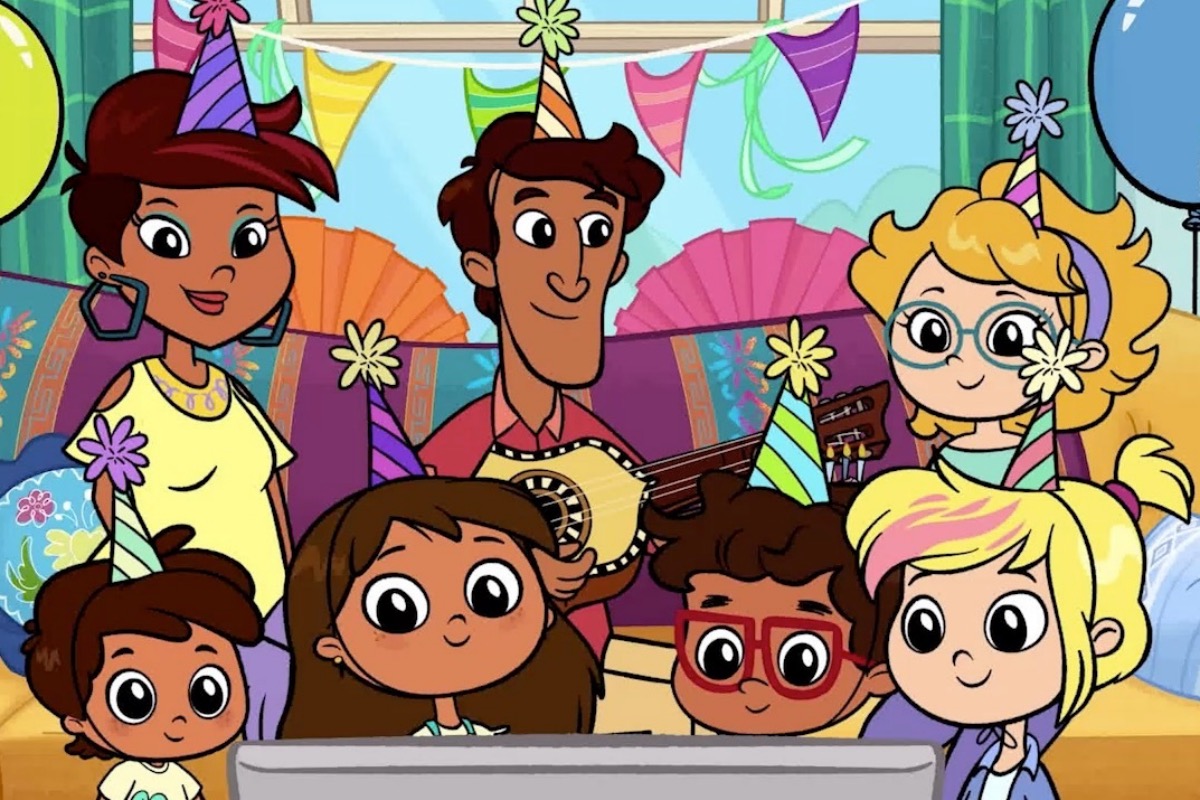 Diversity in TV programming and film “leads to peace,” says Dr. Mariana Diaz-Wionczek,  a media consultant, educator, and the executive director of PBS Kids’ new show Rosie’s Rules. “By presenting diverse content,” she explained, “you’re promoting this integration of understanding each other, empathy that’s at a much more personal level, and just respect.”

Dr. Diaz-Wionczek is speaking of the general power of diversity in representation in children’s media, and Rosie’s Rules —which premiered on October 3— is clearly part of that work. She describes the titular character in the animated show set in San Antonio, Texas as “a bicultural kid from a mixed family with a mom that’s from rural Wisconsin and a dad that’s from Mexico City. They both bring in their heritage into her mix.”

Culture is only one part of the show. In fact, Dr. Diaz-Wionczek brings a multipronged framework to developing children’s shows —she worked on the Dora the Explorer reboot too— thanks in part to her PhD in psychology from the City University of New York. She calls her approach “the three C’s”: culture, curriculum, and comedy.

And Rosie’s Rules is pretty funny. My three-year-old was straight-up cackling at a bit about the family cat —se llama Gatita— sitting on a toy train set. 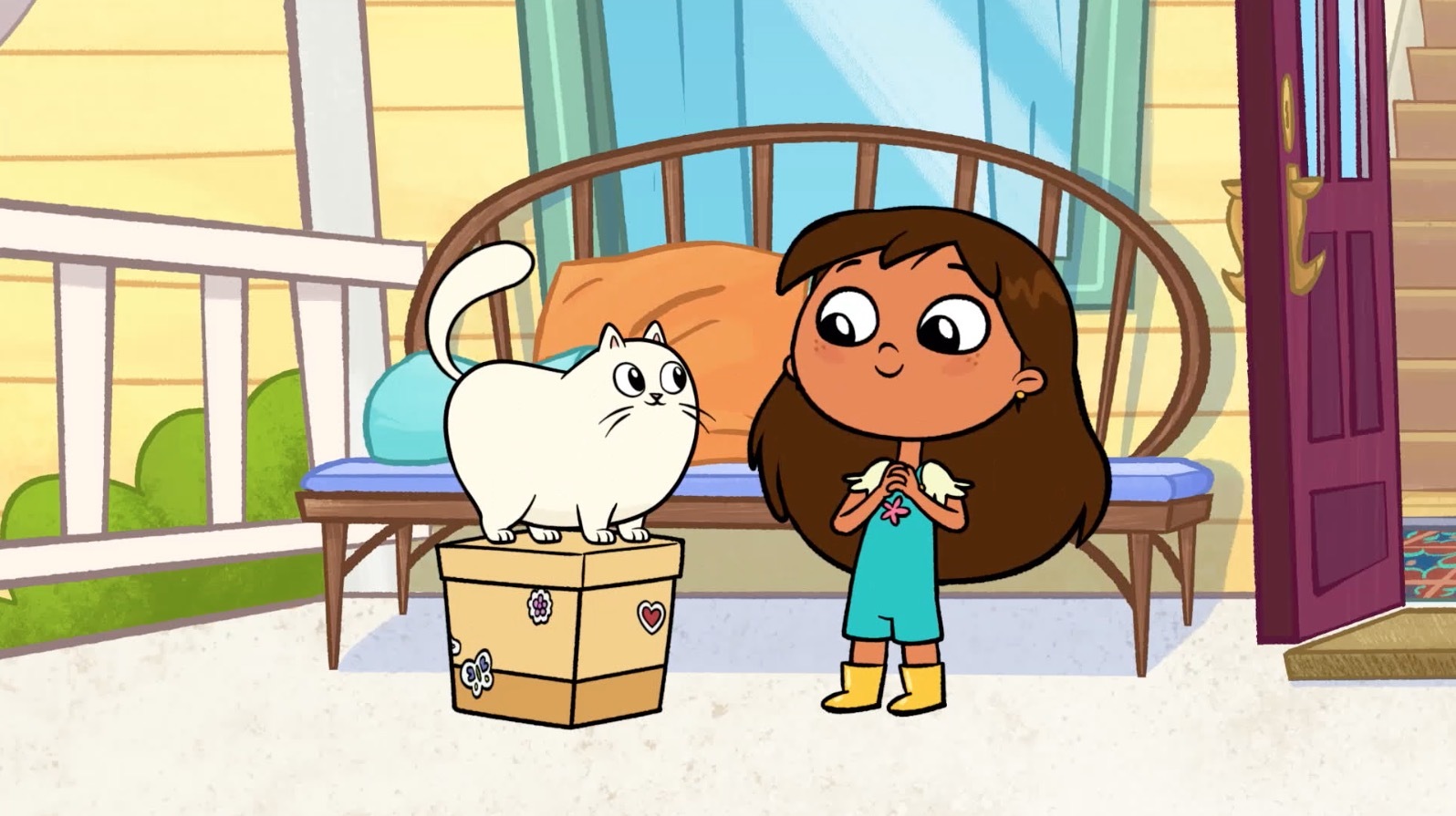 And the curriculum is good, too. Dr. Diaz-Wionczek recounts how the show’s creator, Texas-based Jennifer Hamburg, drew inspiration from her own preschool kids and their pension for making up fantastical explanations for how the world works. There’s an episode explaining voting (you don’t always win), one on familial relationships (you can be more than one thing in a family), and one on the mail (you need the address, postage, and a mail carrier).

On the social-emotional side, there’s also a moment in every episode when five-year-old Rosie gets overwhelmed by all the new information coming at her. So she “flops” to the ground, takes a deep break, and “wiggles about” before rising again to tackle whatever challenge is in front of her.

Think of it as kiddy mediation—it works!

The show also does a better job of featuring bilingual conversations than most, presenting full phrases that nonbilingual watchers will have to use context clues to figure out.

“I work on a bunch of shows with Spanish in them and Latino characters. And I think this one is really pushing the envelope with Spanish, which is a risk,” Dr. Diaz-Wionczek told Latino Rebels, saying it’s worth it to her to reflect the truth of bilingual families, which she explains use “one system of communication that consists of two languages… It’s not two systems”—and it shouldn’t be portrayed as such.

Which brings us back to the culture bit. Before the show premiered, we saw lots of commercials for Rosie’s Rules, and my then-five-year-old (she just had a birthday) spent a dog walk telling me all the things she has in common with Rosie: They’re the same age, they both have a little brother, they both have brown eyes and brown hair.

“And you both have Mexican heritage,” I added, to which my daughter responded: “What’s that?”

After I explained it to her, I was struck by how the very fact that she started the conversation proved that she already knew she and Rosie shared something meaningful.

“It’s important that all kids see themselves reflected in the media,” Dr. Diaz-Wionczek said. Because when they don’t, “it’s almost like we don’t exist.

And seeing themselves increase their “self-esteem has many other positive effects in the kid’s life, including their academic performance, but that might not be the most important one—they also become just validated in their life experience,” she explained.

The results are just as important for out-of-group kids.

“When they see the experiences of others… that opens up a world of possibilities of what can happen in the future for them,” Dr. Diaz-Wionczek said. It helps them become “curious about the world around them, even becoming more empathic and understanding of differences and be able to celebrate the fact that people who might be similar or different from you ought to be celebrated as well.”

And that’s where the peace comes in.

PBS Kids, which Dr. Diaz-Wionczek describes as having “intentional programming that seeks to make a difference” in its DNA, is now running not one but two shows starring Latina girls, with Rosie’s Rules joining Alma’s Way, which follows a Puerto Rican girl in the Bronx and was created by Sonia Manzano, the legendary actress and writer who played Maria on Sesame Street.

And by the way, Alma’s Way has already been renewed for a second season, avoiding the Latinx show curse.

PBS Kids is actively advancing Latina representation where so many others fall short. And that’s why they’re my go-to network for Saturday morning cartoons.