US Opts to Not Rebuild Renowned Puerto Rico Telescope 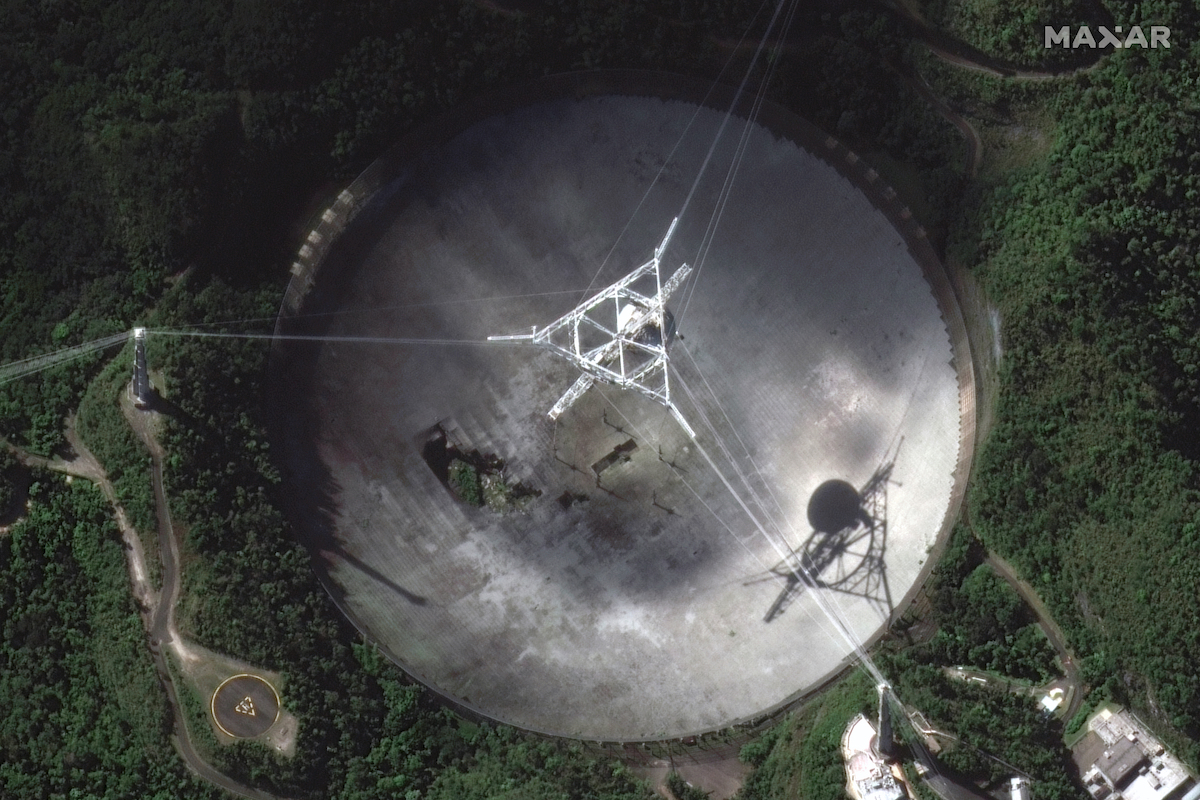 SAN JUAN, Puerto Rico (AP) — The National Science Foundation (NSF) announced Thursday that it will not rebuild a renowned radio telescope in Puerto Rico, which was one of the world’s largest until it collapsed nearly two years ago.

Instead, the agency issued a solicitation for the creation of a $5 million education center at the site that would promote programs and partnerships related to science, technology, engineering, and math. It also seeks the implementation of a research and workforce development program, with the center slated to open next year in the northern mountain town of Arecibo where the telescope was once located.

The solicitation does not include operational support for current infrastructure at the site that is still in use, including a 12-meter radio telescope or the Lidar facility, which is used to study the upper atmosphere and ionosphere to analyze cloud cover and precipitation data.

The decision was mourned by scientists around the world who used the telescope at the Arecibo Observatory for years to search for asteroids, planets, and extraterrestrial life. The 1,000-foot-wide dish was featured in the Jodie Foster film Contact and the James Bond movie GoldenEye.

The reflector dish and the 900-ton platform hanging 450 feet above it previously allowed scientists to track asteroids headed to Earth, conduct research that led to a Nobel Prize, and determine if a planet is potentially habitable.

“We understand how much the site has meant to the community,” said Sean Jones, assistant director for the directorate of mathematical and physical sciences at the NSF. “If you’re a radio astronomer, you’ve probably spent some time of your career at Arecibo.”

But all research abruptly ended when an auxiliary cable snapped in August 2020, tearing a 100-foot hole in the dish and damaging the dome above it. A main cable broke three months later, prompting the NSF to announce in November 2020 that it was closing the telescope because the structure was too unstable.

Experts suspect that a possible manufacturing error caused the cable to snap, but NSF officials said Thursday that the investigation is still ongoing.

Jones said in a phone interview that the decision to not rebuild the telescope comes in part because the U.S. government has other radar facilities that can do part of the mission that Arecibo once did. He added that the NSF also envisions a five-year maintenance contract to keep the site open, which would cost at least $1 million a year.

“This is a pivotal time. The education component is very important,” said James Moore, assistant director for education and human resource directorate at the NSF.

He said by phone that one of the agency’s priorities is to make STEM more accessible and inclusive and that the proposed education center would fill that need.

“It’s a way to augment some of the things that young people are getting in their schools or not getting,” he said.