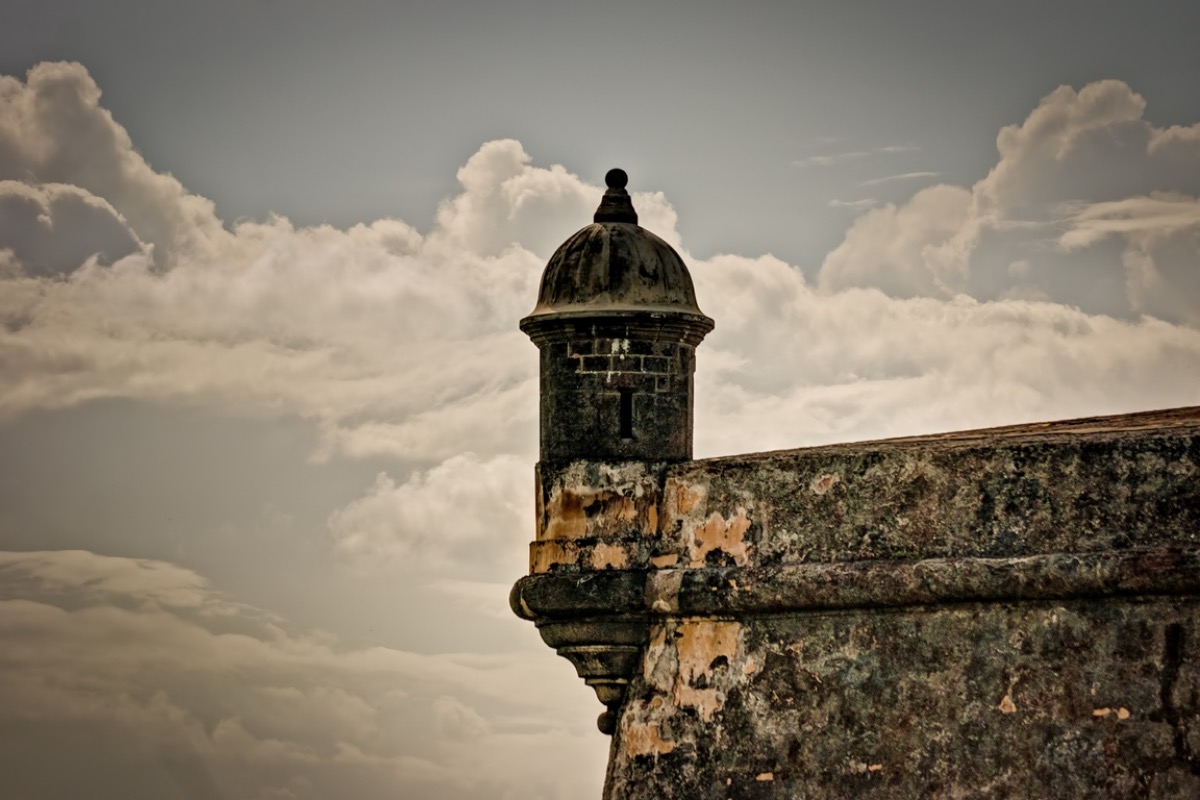 Although the topic of colonial reparations for Puerto Rico has been ongoing for decades, there is a newfound interest, particularly within Puerto Rican circles. More and more people recognize that after 124 years of abuse, humiliation, human rights violations, and economic exploitation through colonialism the United States owes Puerto Rico compensation. According to the renowned lawyer, diplomat, and independence leader Wilma E. Collazo Reverón, Esq., Puerto Rico does have a right to reparations based on international law, particularly the UN Principles and Guidelines applicable to human rights violations.

As can be expected, the issue of reparations for Puerto Rico—or any colony for that matter—is controversial. It is easier to balance a camel on the head of a pin than to convince a colonizing country to pay reparations to its former colony.

First, Puerto Rico must claim reparations from Spain and the United States, not just the Americans.

Second, we must recognize that, although we would like Puerto Rico to receive reparations, will Spain and the United States actually be willing to sit down and negotiate such reparations and reach special agreements? To this day, the United States shies away from even talking about reparations for the descendants of enslaved Africans in the Black community, let alone Hawaiians or Indigenous nations. If the U.S. cannot even come to terms with and consider reparations for African Americans, Hawaiians, and Native Americans, why would they do so for Puerto Ricans?

The United States has historically ignored bills in Congress having to do with “reparations” because they—the white members of Congress and their white constituents—don’t want to acknowledge that Blacks and Native Americans deserve reparations for centuries of slavery and genocide: centuries of brutal racism, segregationist laws, terror, lynching, institutional persecutions and racist policies that kept, and keep, millions of African Americans and Indigenous people in poverty. Sadly, many in Congress and American society believe that to accept such reparations would amount to an admission that the U.S. has committed heinous and wrongful acts on entire peoples, acts that many Americans would rather forget then address.

Yet, as some Americans—mainly whites—wish to forget such historical wrongs, those directly impacted by the wrongs of the past are still claiming reparations for their peoples. As Americans are suspicious of the entire idea of reparations, how have others dealt with such demands?

After World War II, Germany negotiated, approved, and allocated billions of Deutsche Marks in reparations for Israel and the thousands of Jewish citizens of various countries for the Holocaust. With these funds, Israel was able to establish and foster its economy and modern infrastructure throughout the country. And last year, after ignoring for decades the demands of Namibia and the thousands of victims of German colonialism in that African country—massacres, assassinations, occupation—Germany finally agreed to send €1.1 billion in reparations.

Today, Jamaican officials are even asking Britain to compensate them £7.6 billion (approximately $8.5 billion) in reparations for the transatlantic slave trade that made Britain so wealthy and powerful.

In 2013, the Caribbean Community (CARICOM) established the CARICOM Reparations Commission, as a regional body composed of member countries “to establish the moral, ethical and legal case for the payment of reparations by the governments of all former colonial powers and the relevant institutions of those countries, to the nations and peoples of the Caribbean Community for the Crimes against Humanity of Native Genocide, the Transatlantic Slave Trade and the system of slavery.”

In 1988, despite American avoidance of the concept of reparations, President Ronald Reagan signed a law (the Civil Rights Act of 1988) that recognized the inappropriate, illegal, and unfair detention of thousands of Japanese Americans during World War II. The United States government actually apologized and authorized reparations, at $20,000 each, for the now-elderly survivors who suffered such detention.

Knowing this background, what can we as Puerto Ricans do to move Puerto Rico as close as possible to a colonial compensation resolution that, although not called “reparations,” could support the concept?

First, Puerto Rico should present a detailed and comprehensive list of all the political, economic, cultural, and social damages and abuses with an estimate of the cost to comply with a wide-ranging and inclusive reparation.

According to the renowned Puerto Rican economist Dr. José Israel Alameda Lozada in “The Socioeconomic Cost of Colonialism in Puerto Rico: 1898 to the Present,” the estimated total cost of U.S. colonialism from 1900 to 2017— the total value of land use and human use—is equal to over $6.1 trillion. Yes, trillion with a T.

According to his research and data, the cost of U.S. colonialism in Puerto Rico is 59.9 times the current value of Puerto Rico’s nominal GDP. If a sovereign Puerto Rico negotiates a comprehensive reparations (colonial compensation) package with the United States accepting such colonial cost and damages of $6.1 trillion, according to the calculation of Dr. Alameda Lozada’s research, the new Republic of Puerto Rico could receive $122.1 billion a year for the next 50 years.

After 124 years of abuse, terror, human rights violations, and colonial exploitation, that amount would be fair—but I seriously doubt that the United States would find this solution remotely acceptable. What is fair and moral is not always what happens, particularly in the post-colonial relationship between a metropolis and its former colony. Puerto Rico was good enough to occupy, colonize, and extract wealth from for 124 years, but not good enough to actually receive fair compensation for the disaster that is U.S. colonial rule.

To this important calculation by Dr. Alameda Lozada, one can also add the colonial cost and economic damages of other colonial crimes, such as political persecution, the terror unleashed by the repressive agencies of the colonial and federal regimes, the lives destroyed by such persecution, the environmental damages to land and sea, massacres in Río Piedras and Ponce, the occupation of land by military bases, the harmful effects of the use of dangerous chemicals to communities, the Puerto Ricans assassinated for political reasons, and the disappearances and torture of Puerto Ricans at the end of the 1950 Revolution. Yes, the list is long.

We must also remember the forced sterilization, the sexual abuse of Puerto Rican women by the U.S. military, the bombing of Vieques and Culebra, the destruction and humiliating use of our national heritage, the prohibition of our national flag, the attacks and policies against our Spanish language, the enduring negative effects of colonial indoctrination and assimilationist policies, and various other abuses. The colonial cost and damages of all this persecution, terror, abuse, and death would amount to billions more in reparations.

How much more are we owed for the unilateral colonial expropriation and use of Roosevelt Roads Naval Station, Ft. Allen, and Ramey Air Force Base? Billions more.

If we were to come up with a slightly more comprehensive list and calculation of reparations regarding U.S. colonial rule in Puerto Rico, how would we do it? Here is a proposal:

We need to agree on fair compensation for general and aggravated damages for someone who has suffered violations to their human and civil rights—plus the pain, suffering, and loss of freedom and employment—by the colonial regime. According to a calculation used in the United Kingdom for compensation for victims of police abuse, each victim of such abuse (pain, damage, suffering, and loss) deserves approximately $1,111,563.20.

If this amount is divided into annual block payments over 50 years, the national government of Puerto Rico would receive approximately $153 billion a year. With such an amount, Puerto Rico would become one of the richest countries in the region and in the world.

Now, even if this is fair compensation, I seriously doubt that the United States—the country that exploited us politically and economically for more than a century and stole/illegal extracted billions from the country—is going to give us a reparations compensation of this magnitude. Regarding colonial reparations for Puerto Rico, you will see the richest country in the world become the most stingy and indifferent. Even if Puerto Rico is owed $7.6 trillion in colonial reparations by the United States, the U.S., for political and historical reasons, will not give Puerto Rico such deserved compensation for having put up with and survived 124 years of disastrous U.S. colonial rule. As a pragmatist, that is why I am inclined to seek other ways of supporting and compensating for Puerto Rico.

In relation to Spain, we would have to calculate the damage of slavery to the Afro-Puerto Rican community, the damage caused to the Taíno nation by colonization, the damage of crass and repressive colonialism against the Puerto Rican nation, the slave trade and torture, and the murder of Puerto Rican patriots. The colonial cost and damages of all this persecution, terror, abuse, and death would also run into the billions.

Those economic assistance funds would be compensation for having destroyed Puerto Rico’s economic capacity and fostering dependency and poverty. With such compensation funds, Puerto Rico will be able to build and forge a truly productive national economy. For Puerto Rico, these funds will be compensation for the billions that were stolen from the country through 124 years of colonial rule and economic extraction. Those that profited from our colonial servitude will now have to pay to help us rebuild and progress.

Between 1989 and 1991, the United States Senate committed to supporting Puerto Rico economically in its transition to sovereignty and independence. This aid, together with the new national revenues of the Republic—in the form of customs, fees, taxes on multinational corporations, and others—will help Puerto Rico position itself in the regional and international economy.

This important issue of reparations should be considered and debated more among the Puerto Rican people. As a U.S. state or as a status quo colonial regime, Puerto Rico would have no right to reparations—only as a free and sovereign nation would Puerto Rico be able to demand, negotiate, and implement such policies with Spain and the United States.