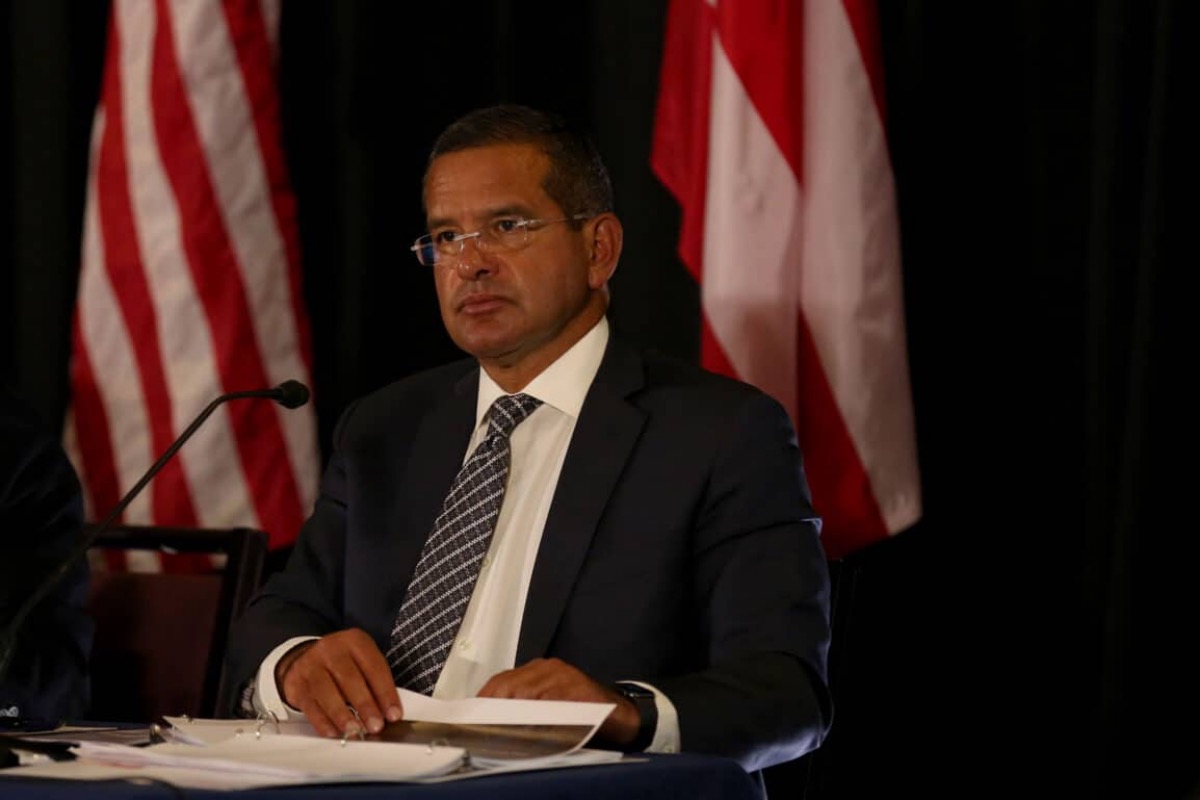 Of the 21 corporations and limited liability companies in Puerto Rico —and an additional three formed in Florida that the Center for Investigative Journalism (CPI, in Spanish) identified as being linked to Walter and Eduardo Pierluisi Isern— American Management and Administration Corp. and Puerto Rico Economic and Housing Development have had contracts with the government of Puerto Rico and municipalities, according to the Puerto Rico Comptroller’s Office (OCPR, in Spanish).

American Management currently has two contracts with the Public Housing Administration (AVP, in Spanish). One of them is to manage the designated shelters during an emergency. The other is for the administration of 34 public housing projects in Aguada, Aguadilla, Isabela, Moca, Rincón, San Sebastián, Arecibo, Hatillo, Lares, Quebradillas, and Utuado. This contract is the focus of the investigation led by the Office of the Inspector General of the U.S. Department of Housing and Urban Development (HUD-OIG), which last week Thursday led to the search of material in the company’s computers and mobile phones.

Real Estate and Other Businesses on the Radar

Walter Pierluisi Isern, who chairs American Management, together with his son Walter Pierluisi González-Coya, registered Avant-Garde International, a limited liability company, in June 2019 to provide consulting services on Act 20 to clients not living in Puerto Rico and that receive tax exemptions for being companies established in Puerto Rico that export services. 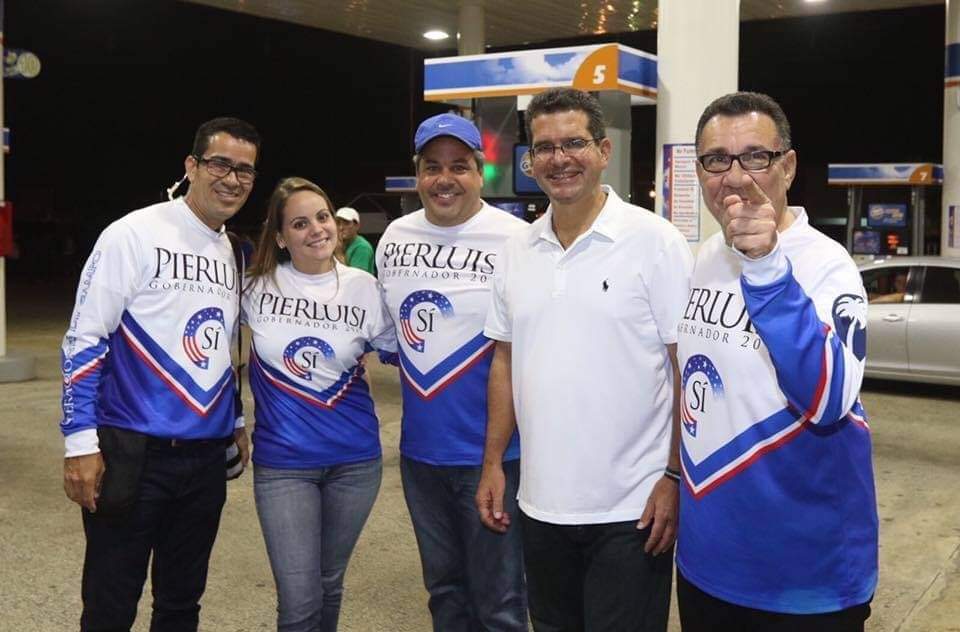 Six months before establishing Avant-Garde International, in November 2018 the two lawyers registered Avant-Garde LLC to offer consulting and planning services on real estate and the development of residential and commercial projects both on the island and in the United States. They also offer legal services for those limited liability companies that would like to incorporate themselves in Puerto Rico.

The duo also registered Avant-Garde Law LLC in March 2019 to provide legal consulting services to domestic and international clients whether individuals or corporations.

Pierluisi Isern has several real estate businesses such as Ozeano LLC, established in September of last year. Until April 2022, Eduardo Ferrer Ríos was listed as its administrator, according to a corporate resolution submitted to the State Department. The former Popular Democratic Party (PPD, in Spanish) House of Representatives member also has his own real estate company, Inmobiliaria Reina del Mar 1234, and, in addition, is a representative of the public interest in the Public-Private Partnerships Authority.

During the FBI’s raids, Ferrer Ríos appeared before the media, along with Osvaldo Carlo Linares, as one of the attorneys for the businessmen under federal investigation. The CPI contacted the former lawmaker to learn if he has any financial involvement with this or other Pierluisi Isern companies, but as of press time, he had not responded.

Since February 2022, Pierluisi Isern and his son also appear as administrators of Macías Development, an LLC for development, construction, administration, and investment, as well as real estate transactions.

In addition, they registered Crown Real Estate Investment with the State Department, meant to buy, build, remodel, manage, and sell real estate. Although registered since January 2016, the corporation has not been active, according to balance reports submitted to the State Department. It had an initial capital of $1,000 that it had maintained until 2020.

In 2021, the Pierluisis registered Crown Real Estate Development & Consulting. The company was organized to “promote Puerto Rico’s economic development through the planning, structuring, development and administration of strategic projects and consulting services.”

Since 2006, Pierluisi Isern has been operating Pier Property Management for property management and maintenance. The last time the corporation had positive capital was in 2011. Since 2012, the company reported capital losses that by 2020 were nearly $10 million. It has not yet submitted the report for 2021 to the State Department.

In April 2019, PRG Development Group was registered, with Walter Pierluisi Isern and Walter Pierluisi González-Coya listed as officials. The entity was organized to bring together professionals to promote, conceptualize, plan, develop, and manage public and subsidized housing in Puerto Rico. The company administrators are DJC Consulting —which is a foreign corporation— QB Group, and PRG Affordable Housing Development. Pierluisi Isern and Pierluisi González-Coya are also the incorporators of PRG Affordable Housing Development, registered in 2018 for the development of affordable housing in Puerto Rico.

The attorneys also registered companies related to construction, recycling, and restaurant operations, as well as the handling and storage of digital documents. Eduardo Pierluisi Isern also has participated in some of these, and several of them have existed as legal entities for several years. But in practice, they have had no assets or liabilities, according to their reports.

From October to December 2020, Pierluisi González-Coya had an ad honorem contract (meaning he does not receive pay) with the State Elections Commission to provide services as an advisor to PNP Electoral Commissioner Edwin Mundo.

Attorney Carlo Linares, who represented the corporation and its president Walter Pierluisi Insern in the search process, told the CPI that the information sought has to do solely with American Management. The lawyer senses that the investigation carried out by the federal authorities could revolve around the subcontracting that this company has done as part of the services it offers related to the public housing complexes, including gardening, plumbing, painting, and infrastructure repair, among others.

The attorney ruled out that the federal investigation is related to the contracts that American Management has with the Municipality of Yauco for the demolition of structures that were crippled after the earthquakes in early 2020 and the revitalization of the urban center after Hurricane María hit in 2017. Carlo Linares said the search is also not related to the agreement between the company and the Municipality of Peñuelas for the demolition of structures affected by the earthquakes.

All these projects are subsidized with funds from the Federal Emergency Management Agency (FEMA) or the Community Development Block Grant (CDBG-DR) Program.

“It seems to us, from the search warrant and what it includes, and the different operations that they require information from, that most likely all of this is aimed at third-party contracting by American of the parties for the management services it provides,” the lawyer said.

Carlo Linares said HUD establishes regulations for public housing administrators on the subcontracting they do and that “they [the administrators] can hire directly or have a requirement to ask for three appraisals or they must hold bids. What we saw is that there is a lot of information that is related to company contractors related to the administration of the housing complexes.”

Carlo Linares also said the search warrants issued last week were not directed at Walter Ricardo Pierluisi Isern’s legal office, although the agents went into the facilities, which are adjacent to the American Management office. He said the authorities entered the legal firm’s office since Pierluisi Isern kept some records of the other company there. Both executives also handed over their mobile phones. Carlo Linares said his client was not told that he is the subject of the investigation.

Current American Management contracts with the AVP, and the municipalities of Yauco and Peñuelas, total $9.4 million. The management of public housing in Puerto Rico was privatized in 1992, through an agreement between the AVP and HUD. The AVP’s responsibility consists of advising, supervising, evaluating, and following up on the operations delegated to the contracted private companies.

The AVP told the CPI that its regular auditing and monitoring process for public housing administrators consists of establishing a corrective action plan when they have findings from these audits. The agency did not specify if American Management is under a plan to correct flaws or the frequency of audits and monitoring that they say they carry out.

In written statements, the AVP stated that the selection of the public housing complex management firms was done through a public bid process. The bid notice states that the competition was through a request for proposals (RFP) and that the bid opened on June 9, 2020. The contract with American Management was signed on October 30 of that year and expires in October 2023.

To date, the AVP has not received official information from the proper authorities about the ongoing investigation, the agency said in writing.

“The AVP is not able to issue a judgment or opinion on what the investigation covers. However, our agency maintains communication with federal agencies, and we’re available to address and answer any request for information, as part of the ongoing investigative process,” the AVP stated.

Puerto Rico Comptroller Yesmín Valdivieso told the CPI that her office is currently auditing the AVP, which is under the Department of Housing. The last audit done for this agency covered the period from March 1, 2004, to August 31, 2009. In other words, the AVP has not been audited for 13 years.

Agreements With Other Government Entities

American Management has a capital of $593,753, according to the balance reports that the corporation filed with the State Department for the year 2021.

The other company owned by Walter Pierluisi Isern that had contracts with the government was Puerto Rico Economic and Housing Development, which is a nonprofit organization. The agreement was signed in 2018 by the Municipality of Toa Alta to manage the construction of a project that included a multipurpose building and a parking lot, a job for which it would get $200,000 once the HUD reimbursement was received.

According to documents filed with the Department of State for the year the agreement was signed, the company had a capital deficiency of -$33,948. In fact, it has had deficiencies since 2017, and in the 2021 report, it says it does not have any capital.

Meanwhile, in 2013, the firm Docu-Warehouse, which Pierluisi Isern and Pierluisi González-Coya incorporated, signed a non-financial agreement with Puerto Rico Trade and Export Company. The contract is not available at the Comptroller’s Office to confirm if it was to provide a service or if it was some type of incentive.