‘Our Phoenix’: Lula’s Ups And Downs in Brazil Defy Belief 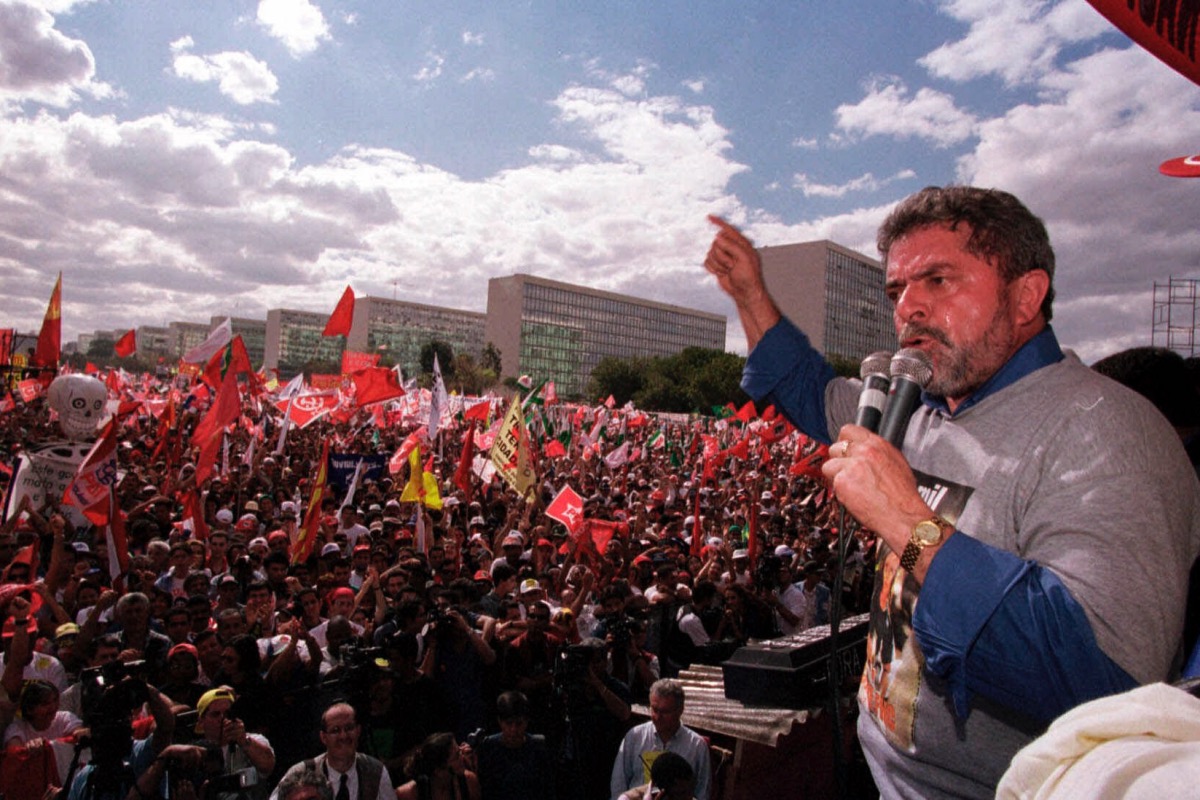 SÃO PAULO (AP) — Four years ago, Luiz Inácio Lula da Silva’s reputation and political future were in tatters. After an unlikely rise from poverty to union leader to Brazil’s presidency, the man universally known as Lula had landed in prison.

On Sunday, in yet another twist, Brazilian voters chose him by the narrowest of margins to once again lead the world’s fourth-largest democracy. He will also be putting his legacy on the line.

“I consider myself a citizen who has had a process of resurrection in Brazilian politics, because they tried to bury me alive,” da Silva said in a speech Sunday night after results confirmed his third presidential win. “I am here to govern in a very difficult situation. But I have faith in God that, with our people’s help, we will find a way out for this country.”

The life of da Silva has unfolded in such a unique, extraordinary way that it strains credulity.

His family moved from Brazil’s poor northeast region to São Paulo state in pursuit of a better life, following his father who had traveled south years before. Upon arriving, however, they found he had settled down with another woman. Da Silva’s mother was left alone to raise eight children, of whom Lula was the youngest.

Pressed for money, he became a metalworker at age 14 in the city’s gritty outskirts. It was a physical job that cost him his left pinky finger. He became a union leader in an era when Brazil’s manufacturing workforce was still vast, and he translated his role into political power. He made his first presidential run in 1989, which he lost, along with two subsequent races.

Finally, in 2002, he claimed victory and became the first worker to assume the nation’s top job. And he was reelected four years later, defeating Geraldo Alckmin—who this year became his running mate.

Commodities exports to China were surging, filling government coffers, and a vast welfare program lifted tens of millions of Brazilians into the middle class. Da Silva left office with an approval rating above 80 percent, and then-U.S. President Barack Obama called him “the most popular politician on Earth.” His hand-picked successor, Dilma Rousseff, was elected in 2014.

In Rousseff’s second term, however, a sprawling corruption investigation ensnared top politicians and businessmen alike. It plunged her administration —along with da Silva and the rest of the Workers’ Party he founded— into disgrace.

Revelations of systemic kickbacks in exchange for government contracts were followed by a deep, two-year recession that many blamed on Rousseff’s economic policies, and which turbocharged resentment of the Workers’ Party. She was impeached in 2016 for breaking fiscal responsibility laws regarding the management of the federal budget.

Then da Silva himself was sentenced for corruption and money laundering, and confined to a 160-square-foot room on the fourth floor of a Federal Police building in the southern city of Curitiba. That sidelined him from the 2018 presidential race and cleared the way for Jair Bolsonaro, then a fringe lawmaker, to cruise to victory. Da Silva’s political legacy was in tatters.

His personal life, too, was blown to pieces. His wife passed away, which he blamed on the strain caused by the investigation.

Rocha acted as dutiful courier, hiding Janja’s letters inside his jacket pocket where guards wouldn’t check. He told the Associated Press he saw da Silva’s face light up with each colorful envelope he delivered.

“God willing, one day we will publish (the letters),” da Silva said at a rally in September. “But only for people aged over 18.”

The Supreme Court also started assessing the legality of his convictions, which it eventually annulled on the grounds that the presiding federal judge had been biased and colluded with prosecutors.

After 580 days of imprisonment, da Silva was a free man—free to marry his girlfriend, and free to run for the presidency. Still, Bolsonaro, seeking a second term, reminded voters of da Silva’s convictions at every turn, warning that electing him would be like letting a thief return to the scene of the crime.

It revitalized semi-dormant sentiment against the Workers’ Party, and the fact that much of Brazil still holds da Silva in disdain is a key reason this year’s contest between the two political titans grew ever closer.

Ultimately, it came down to the wire: Da Silva was elected with 50.9 percent of the vote. It was the tightest election since Brazil’s return to democracy over three decades ago.

Janja was by his side during his victory speech, as she was throughout his campaign. She shed tears, overwhelmed with emotion. And she wasn’t alone.

“I cried when he was jailed. Now I cry because he will take Brazil back to normal. He can do it. He has the charisma to do it,” said Claudia Marcos, a 56-year-old historian who joined thousands of others to celebrate the leftist’s victory on São Paulo’s main boulevard. “He is our phoenix—the most important president in Brazil’s history.”

At the Workers’ Party’s headquarters on Sunday, da Silva read out a long, carefully written speech promising to unite Brazil. Seeking redemption, he will face a much more challenging environment —economically and politically— than during his last presidency. He will take office on January 1, and has said he will be a one-term president. It could be his final act.

“It is not the number of years that makes someone old. What makes you old is the lack of a cause,” said da Silva, who turned 77 three days before the vote. “Brazil is my cause. The Brazilian people are my cause.”