Puerto Rico Police Give Protesters ‘How to Protest’ Manual After Release 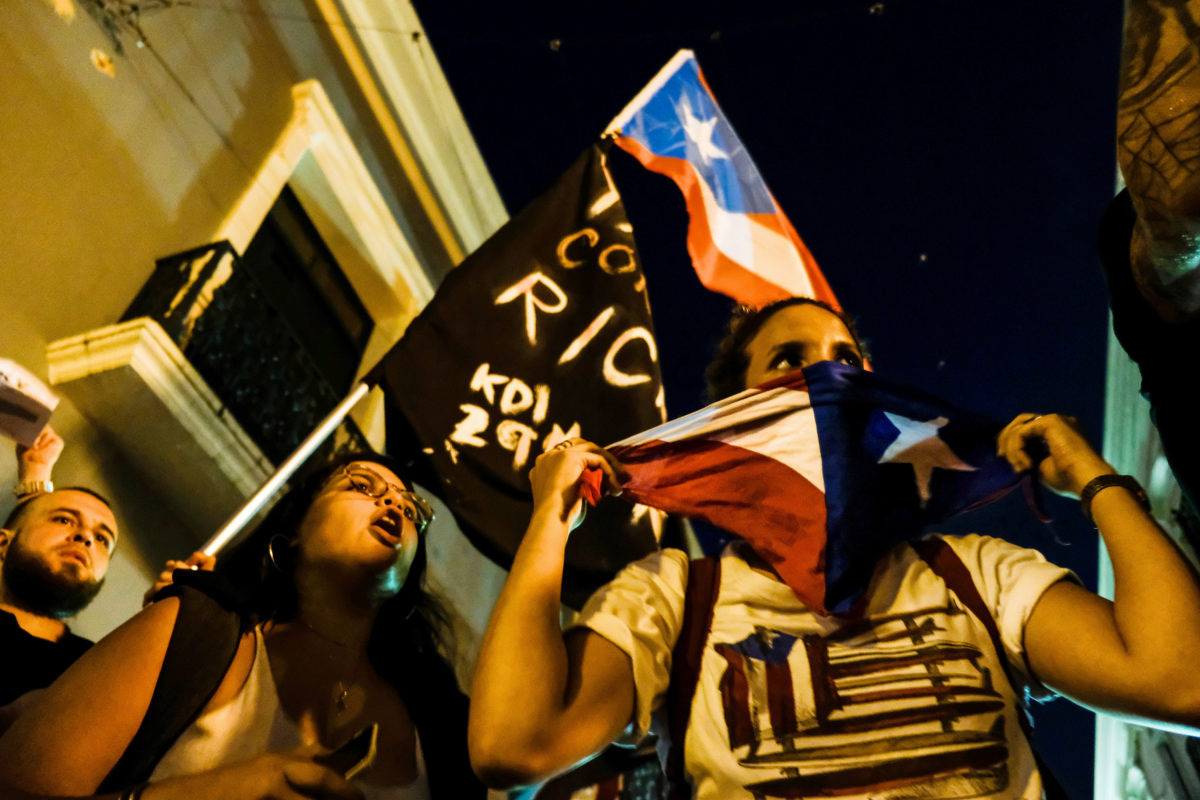 SAN JUAN, Puerto Rico — Protesters arrested last Wednesday in the Puerto Rican capital and later released without charges were surprised when police officers gave them a manual on how they should protest.

Old San Juan awoke on Wednesday, October 26, to a sight many of them had probably not seen since the summer of 2019: protesters marching and chanting past police barriers that blocked the road up to La Fortaleza, the governor’s official residence. The protesters, part of Jornada Se Acabaron Las Promesas (JSALP), were demonstrating against LUMA Energy, the private company that controls Puerto Rico’s electrical grid.

At 8 a.m., after jumping the barricade, they laid down on the ground, arms interlocked, and were then dragged off by riot police one by one. They were split up between three Puerto Rico Police Department stations in San Juan, before being released without charges.

They were then “ordered” to read a department-issued manual on proper protesting procedures.

“They insisted on giving us a bunch of little papers that they say are the rules for how to protest!” JSALP spokesperson Jocelyn Velázquez told her fellow protesters outside the Hato Rey police station where she had been held.

The manual, officially titled “General Order 600-625 Crowd Management and Control,” was created in the wake of massive protests in the summer of 2019 that ousted former Gov. Ricardo Rosselló. With an effective date of September 26 of that year, the manual is an apparent effort to prevent such mass demonstrations from occurring in the future.

The police barricade that protesters jumped over on Wednesday was in place during the “Ricky Renuncia” protests of 2019 and has become a permanent fixture ever since. The street itself, officially named Calle de la Fortaleza, is now referred to as “Calle de la Resistencia” by many Puerto Ricans.

The protest manual is publicly available on the PRPD website and is divided into two parts. The first outlines steps that groups looking to hold a public event should take, such as notifying police of the number of people attending and the event location.

The second section details how police should behave during public events and how they should suppress riots.

“It’s not a law. It can’t govern the conduct of the citizens because the cops can’t issue laws,” Maria S. Saez, a lawyer who works for the Society of Legal Assistance, told Latino Rebels. Saez has made a career of representing protesters brutalized by PRPD over the years.

Velázquez, the JSALP spokesperson, says this is not the first time police have tried to use the manual as a guide for protests against them.

JSALP members were previously arrested on August 31 during a protest against the Fiscal Oversight and Management Board for Puerto Rico (FOMBPR), a federally-appointed fiscal control board imposed by Washington. Saez represented some of the detained, who were charged with some minor crimes and relased after being held for more than half a day.

The protesters were given a November 7 court date, which Saez hopes will result in them being let off easy or having their charges dropped.

“We don’t have any obligation in relation to that document,” Velázquez told Latino Rebels. “Our position is clear: We’re not going to be intimidated, nor are our rights going to be breached based on any form or document.”

But activists and lawyers have started In a worrying trend for activists and civil rights attorneys, demonstrators in Puerto Rico are being held at length only to be released with either minor charges or a mere verbal warning. Saez says that for minor charges, such as obstructing roadways, the protesters could have easily been processed and given a citation within an hour or two.

“For all effects and purposes, they served a day in jail,” Saez said of last week’s arrests.

JSALP members worry that the trend they have been experiencing will only increase as a means of suppressing protests when the police know they cannot charge protesters. Police can legally hold a person without charging them with a crime for up to 48 hours, which some experts say can be used as an intimidation tactic to “sweat” defendants.

“Even though we spent all those hours under arrest, we were never told in detail what the crime or offense they argued we had committed,” Velázquez, said. “It wasn’t until several hours after we were arrested that we were read our rights.”

Latino Rebels previously reported on one protester in Rincón who was dragged through rebar, arrested, and released hours later without being charged. The protester claimed that she heard a police officer say “these arrests are illegal” while she was detained.

The second part of the police manual outlines how police are to act during public events and the hierarchy they’re to establish when they decide to make arrests. One of the first steps is to issue a dispersal order, which JSALP members say police did on Wednesday, and then notify demonstrators —or “invaders,” as the manual refers to them occasionally— of what charges they may be arrested for if they continue, which members say did not happen last week.

Activists and lawyers argue that officers did not announce what charges they would be arrested for because protesters were simply exercising their First Amendment rights in a public place that the department has essentially transformed into a de facto forward operating base outside. Latino Rebels has witnessed multiple people being arrested for the crime of simply jumping over the barrier.

“You are never supposed to ban citizens from public buildings,” Saez said. “There can be some restrictions or some safety criteria or some controls within reason, but you cannot impede people from accessing public spaces.”

The manual also states that police officers must have identification numbers clearly displayed on their uniforms—a requirement which is often ignored, as Latino Rebels has witnessed on several occasions.

The manual also defines the small-unit tactics officers are to use when suppressing a protest, urging them to remain in formation and never act “impulsively” or “independently,” though Latino Rebels has documented officers not adhering to this rule either.

Latino Rebels reached out to the PRPD for comment but did not receive a response as of this reporting.