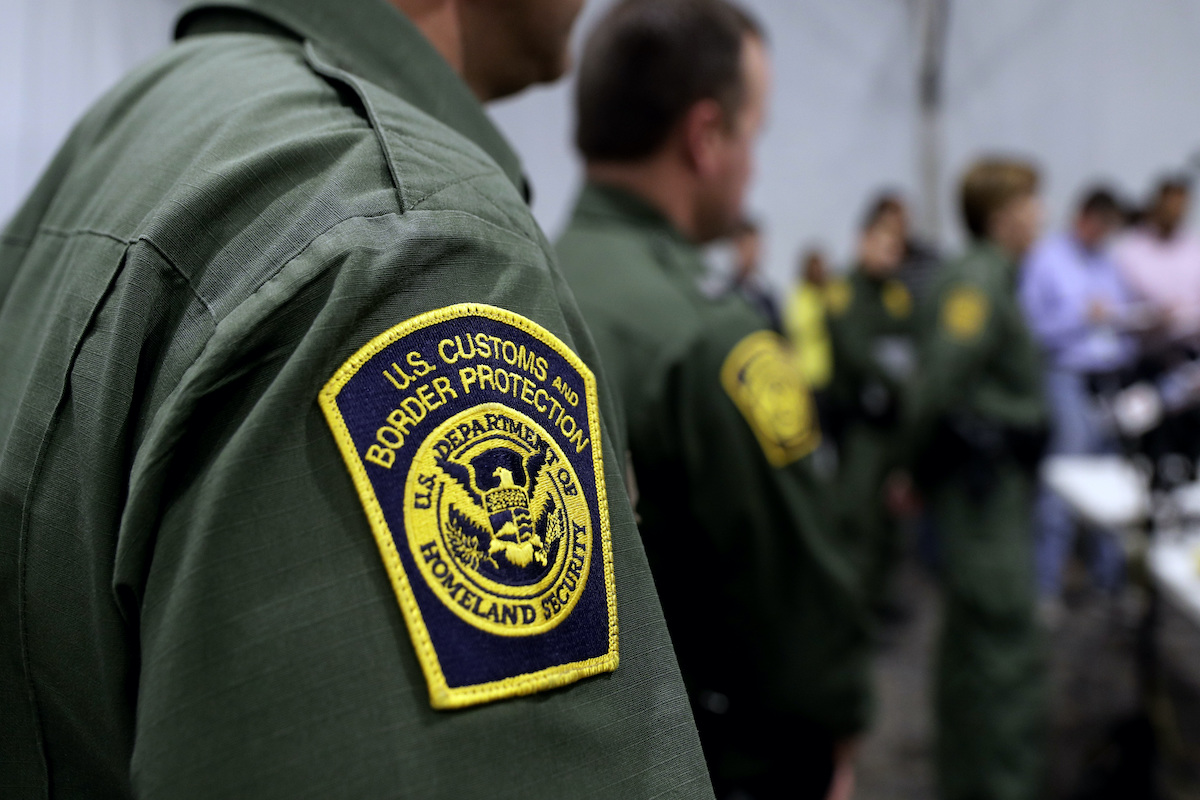 On Monday, after crossing the border into the United States, a group of Venezuelan and Honduran migrants was forced back by U.S. Border Patrol agents firing what a spokesman called “crowd control projectiles.”

J. Omar Ornelas of the El Paso Times, who posted a video of the encounter on Twitter, said the agents were firing rubber bullets, but Border Patrol spokesman Landon Hutchens later stated that they had used a “less-lethal force pepperball launching system.”

Customs and Border Patrol agents fire rubber bullets on migrants as migrants retreat on the north bank of the Rio Grande in El Paso, Texas. pic.twitter.com/3dvzFo458R

The migrants were holding big flags of their countries and chanting quotes like “We want to work!” and “Let us in!”

Some migrants received several shots to the head and body.

One injured migrant told Noticias Telemundo: “I threw myself into the river to cross, and all of a sudden I felt it, they started shooting at us.”

“There is no reason to justify violence against any person, and that includes migrants, regardless of their nationality,” said Ismael Rodríguez, an activist who advocates for the rights of migrants.

After repelling the migrants, Border Patrol agents then formed a line across the river to deter more from attempting to cross. Migrants returned to their tents where a large group of them have been camping mere feet from the border.

The migrants, many of them increasingly from Venezuela, are camping near the border after being denied entry under President Joe Biden’s reactivation of Title 42, a Trump-era policy that denies entry to asylum seekers for the sake of protecting public health and avoiding the spread of COVID-19.

They had organized a march in Ciudad Juárez, just across the border from El Paso, which led to the confrontation with Border Patrol agents.

In 2022, a record number of Venezuelans —189,000— arrived at the U.S.-Mexico border, escaping their country’s economic and political instability. Venezuela suffers from one of the highest inflation rates in the world, and U.S. sanctions along with government mismanagement have left the country in desperate need of basic goods and medical supplies.

So far, 1,800 Venezuelans have been returned to Mexico.

The Mexican government has agreed to issue a 180-day visa for these migrants, but what will happen to them after that period remains unclear. Some of the migrants say that they do not want to apply for a Mexican visa, afraid that it might block their applications for a new U.S. visa program announced by the Biden administration.

According to the measure, 24,000 Venezuelans could be granted humanitarian entry if they apply online and arrive by airplane. Eligible Venezuelans applying for the humanitarian visa must secure a U.S. sponsor, who agrees to provide financial support and pass a background check.

Activists and analysts have pointed out that the number of visas offered by the Biden administration is too small considering the enormous demand. In September only, for instance, more than 33,000 Venezuelans crossed the U.S.-Mexico border.