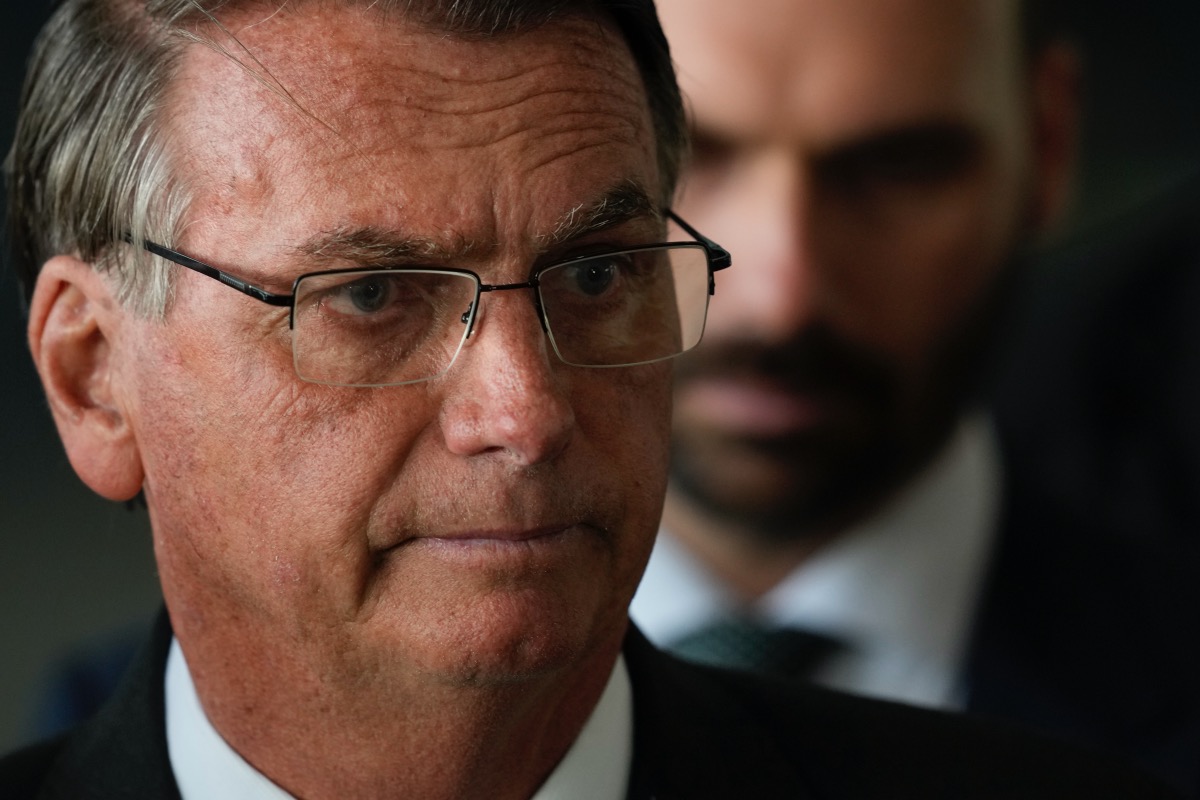 Bolsonaro reportedly told members of Brazil’s Supreme Court Tuesday that his election battle against da Silva has come to an end. Earlier, in a brief speech at the presidential palace, he said: “I have always played within the four lines of the constitution,” although he stopped short of conceding.

After a private meeting with Bolsonaro, Supreme Court Justice Luiz Edson Fachin said the conservative leader had said: “It is over. So, let’s look ahead.” The justice made the comment in a video broadcast on local media.

Two other justices questioned by journalists declined to comment on the tenor of the hour-long meeting. Brazil’s economy minister Paulo Guedes was also present, but didn’t comment.

In a subsequent statement, the top court said the justices told Bolsonaro during the “cordial and respectful meeting” that it is important he recognize the election’s results, as well as the Brazilian people’s right to freedom of movement. The country has seen widespread gridlock as pro-Bolsonaro protesters block highways.

Earlier, in his first public comments since results came in, Bolsonaro didn’t concede, but immediately afterward his chief of staff told reporters the conservative leader had authorized him to begin the process of handing over power.

Bolsonaro, who before the election had repeatedly questioned the reliability of the country’s electoral system, had little room for potentially rejecting the results.

U.S. President Joe Biden and other international leaders have publicly recognized da Silva’s victory, as have some of Bolsonaro’s closest allies. And Cabinet members, governors-elect, and evangelical leaders who have been strident supporters of Bolsonaro are now offering overtures to the incoming leftist government.

Bolsonaro lost Sunday’s race by a thin margin, garnering 49.1 percent of the vote to da Silva’s 50.9 percent, according to the nation’s electoral authority. It was the tightest presidential race since Brazil’s return to democracy in 1985, and marks the first time Bolsonaro has lost an election in his 34-year political career.

Flanked by more than a dozen ministers and allies as he delivered a two-minute speech at the presidential residence, the fiery leader did not mention the election results. Instead, he defended his tenure and said he supports ongoing protests by truckers who have erected nationwide roadblocks, as long as they don’t become violent.

“Current popular movements are the result of indignation and a feeling of injustice regarding how the electoral process occurred,” he said.

“He didn’t recognize his defeat, and sustains the suspense,” Traumann said. “But as he wants to continue to dominate, to be the leader, he maintains the possibility of peaceful demonstrations.”

Much like former U.S. President Donald Trump, whom Bolsonaro openly admires, he has claimed that electronic voting machines are prone to fraud. He hasn’t provided any proof, even when ordered to do so by the electoral court.

Many of his supporters also said they believed the election had been fraudulent and some called for military intervention and for Congress and the Supreme Court to be disbanded.

A majority of the court’s justices backed the decision, which accuses the highway police of “omission and inertia.” By 8:30 p.m. local time, highway police said that they had removed 419 blockades, but nearly 200 were still in place.

Earlier in São Paulo, Brazil’s most populous state and largest economy, traffic jams around the international airport led to dozens of flight cancelations, with videos on social media showing travelers rolling their suitcases along the highway in the dark trying to catch their flights. The highways had been cleared by Tuesday morning, but airport officials said access remained difficult as traffic was still backed up in and out of the airport.

There, Dalmir Almeida, a 38-year-old protester, said that after completing three days of strikes, he and others will drive their trucks to the military barracks to ask for their support.

“The army will be in our favor,” he said

At another roadblock in São Paulo state, protesters set tires on fire. Several demonstrators were wrapped in the Brazilian flag, which has been co-opted by the nation’s conservative movement for demonstrations. Huge lines of cars could be seen snaking along the highway.

São Paulo Gov. Rodrigo Garcia said the time for negotiations was over, and he was not ruling out the use of force.

In Minas Gerais, a key battleground state in the election, a video on social media showed a protester telling a reporter from the O Tempo news outlet that the election was “fraudulent” and warned of future protests.

In Itaborai, a region in Rio de Janeiro state, an Associated Press reporter saw truck drivers kneeling in front of police officers and refusing to evacuate.

Users on social media, including in multiple Telegram and WhatsApp chat groups, shared demands that the military take the streets, or that Congress and the Supreme Court be disbanded and the president remain in office.

The Supreme Court’s decision on Tuesday permits regular state police forces to reinforce federal highway police. The same was done in 2018, when an 11-day trucker strike brought Brazil to a halt.

Bolsonaro commands wide support from the police forces’ rank and file, however, and it wasn’t clear how effective their involvement would be.

The 2018 stoppage caused food prices to spike and left supermarket shelves without products as gas stations ran out of fuel. It caused billions in losses and revealed the vast power that truckers possess.

Bolsonaro, a lawmaker at the time and months away from winning that year’s presidential election, was an outspoken supporter of the truckers, who are now among his constituents.