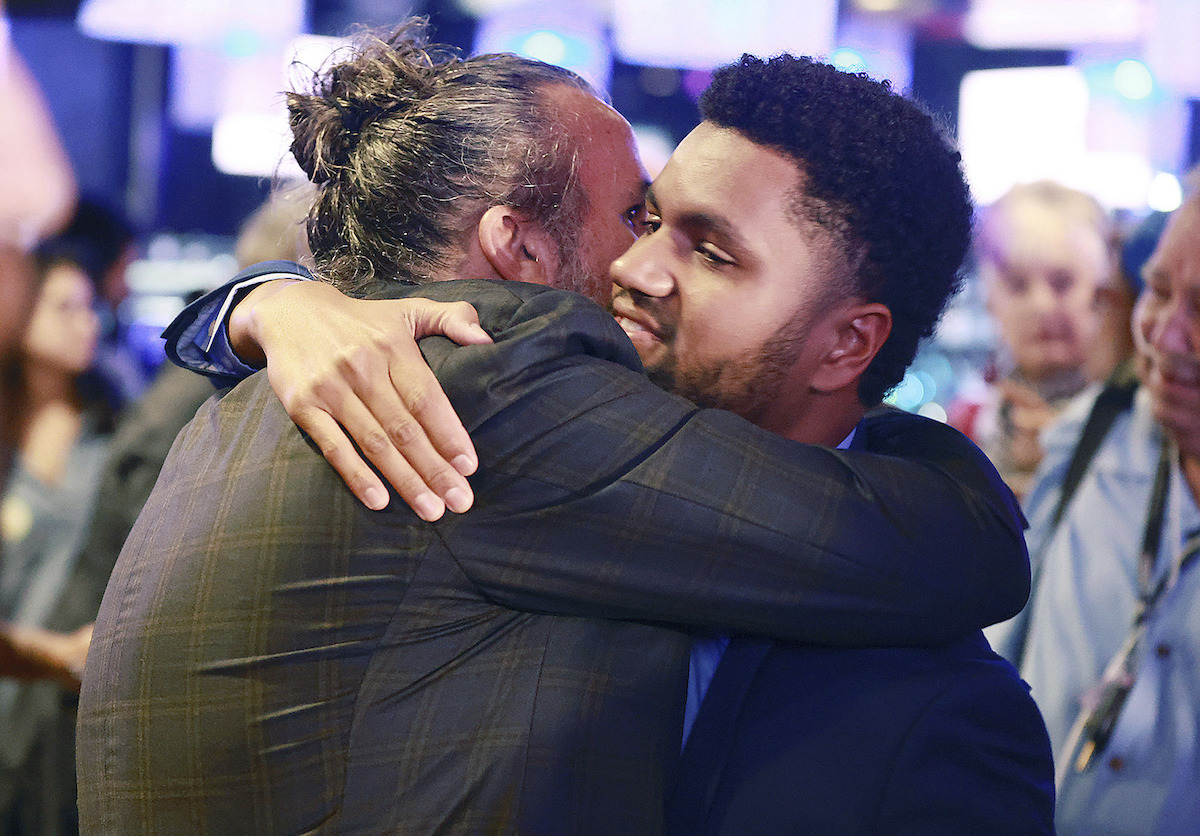 Most Florida races for the U.S. House of Representatives went according to expectation Tuesday night, including Republican Anna Paulina Luna’s win against Democrat Eric Lynn in the 13th District, a St. Petersburg-based district formerly represented by Democrat Charlie Crist.

That was one pickup for the GOP. Republicans overall added to their domination of the U.S. House delegation from Florida, where GOP lawmakers drew new district lines favoring their party. Previously 16-11 in favor of Republicans, the new Congress will see 20 Florida Republicans and eight Democrats.

But Frost, a 25-year-old gun reform and social justice activist, was able to win handily in a heavily blue Orlando-area district that was relinquished by Democratic Rep. Val Demings, who lost her challenge against Sen. Marco Rubio.

Frost is a former March For Our Lives organizer seeking stricter gun control laws and has stressed opposition to restrictions on abortion rights. Gen Z generally refers to those born between the late 1990s to early 2010s. To become a member of Congress, candidates must be at least 25 years old.

Frost is among at least six newcomers to the U.S. House of Representatives in Tuesday’s vote from Florida as Republicans took advantage of an aggressively redrawn congressional map spearheaded by Gov. Ron DeSantis.

In the wake of the 2020 census, DeSantis had ordered the GOP-controlled legislature to adopt a map devised to maximize Republican gains—vetoing the initial GOP-backed map which largely kept intact two seats held by Black Democratic members of Congress.

Heading into this election year, Republicans held 16 seats and Democrats represented 11 from Florida in the House. Florida is gaining a 28th seat due to population growth.

In one of the marquee races, Republican Neal Dunn defeated Democrat Al Lawson in a north Florida battle of incumbents. Lawson’s majority-Black district was scrapped by the Republican-led Legislature, which adopted a congressional map pushed by DeSantis, prompting a lawsuit alleging unconstitutional racial gerrymandering.

The new House members from Florida will come from six open seats, including the 13th District won by Luna after losing in 2020 to Crist.

Luna, an Air Force veteran, was endorsed by former President Donald Trump and has said she favors bans on abortion —in one campaign ad she was quoted as saying she is a “pro-life extremist”— and that the U.S. is endangered by communist or socialist tendencies.

“They are trying to ruin us,” Luna said at a recent rally. “Freedom will prevail in this country.”

In addition, Democratic Rep. Stephanie Murphy chose not to run for reelection after her redrawn district in central Florida, leading to a victory by Republican Cory Mills, which marks a switch to the GOP. And in South Florida, Democrat Ted Deutch’s retirement opened the way for fellow Democrat Jared Moskowitz to win the seat that includes the high school where Nikolas Cruz killed 17 people in 2018.

One truly open seat, where no incumbent was involved, was the 15th District in the Tampa area, where Republican Laurel Lee —a former Florida secretary of state— defeated Democrat Alan Cohn, a former investigative journalist.

Among races with an incumbent, Miami-area 27th District was the most closely contested and had a history of flipping back and forth between Democrats and Republicans.

These include Republican Matt Gaetz, a top supporter of former President Donald Trump who is under federal investigation in a sex trafficking case; Democrat Kathy Castor in a Tampa-area seat; Republican Vern Buchanan, who could chair the powerful Ways and Means Committee in a GOP-led House; Democrat Debbie Wasserman Schultz, a former Democratic National Committee chair; and state delegation dean and Republican Mario Diaz-Balart, first elected in 2002.

The economy is weighing heavily on the minds of Florida voters. Three-quarters of them believe things in the country are heading in the wrong direction, according to AP VoteCast, an expansive survey of more than 3,200 voters in Florida. About half rank the economy and jobs as the most important issues facing the country.

For a majority, inflation is the single most important factor in the election.

Meanwhile, nearly 7 in 10 voters say the U.S. Supreme Court’s decision to overturn the Roe v. Wade decision on abortion is an important factor in the election.

Learn more about the issues and factors at play in the midterms here. Follow the AP’s election coverage of the 2022 elections here.

One response to “Amid GOP Gains in Florida, Democrat Maxwell Alejandro Frost Is 1st Gen Zer to Win House Seat”