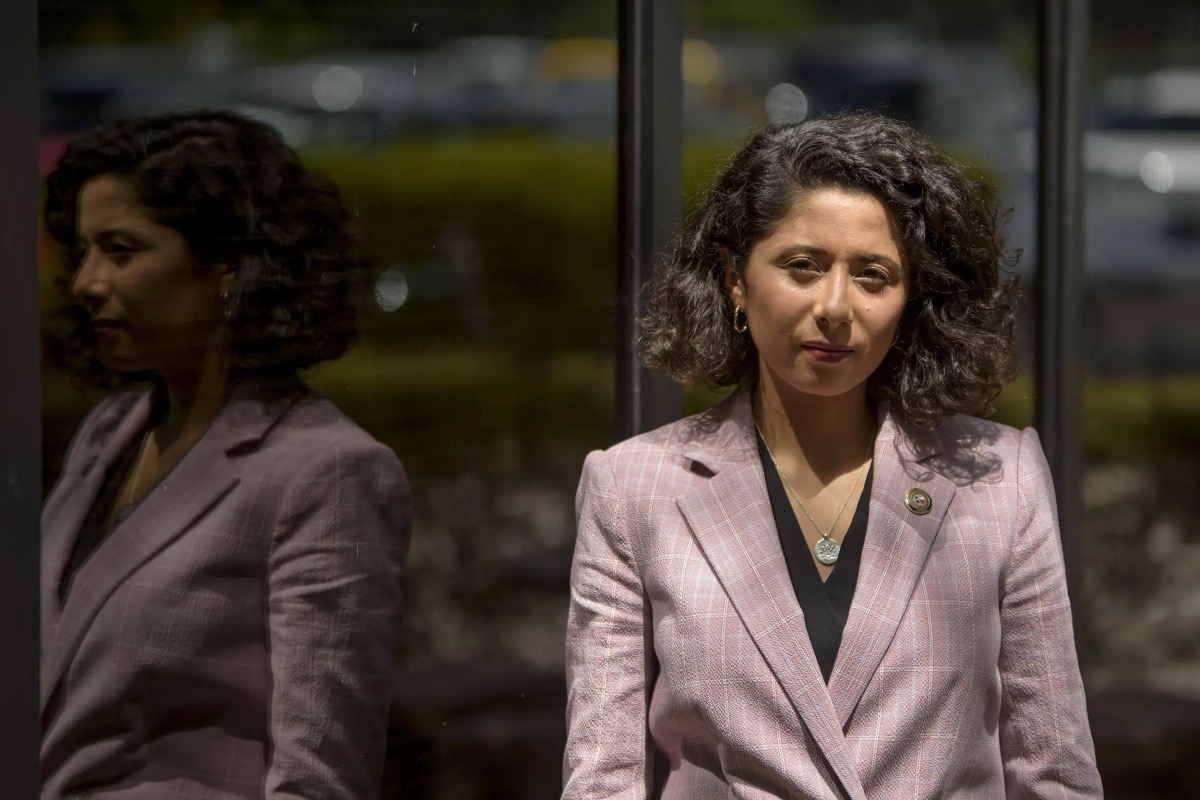 By JOSHUA FECHTER, The Texas Tribune

Hidalgo faced a steep fundraising disadvantage, attacks tying her to the county’s high number of homicides and a midterm environment generally unfavorable to Democrats to beat Republican Alexandra del Moral Mealer, a West Point graduate and ex-Army captain, to lead the county for another four years—and with a greater Democratic majority on the county’s governing board.

“Yesterday, the people of Harris County chose optimism over fear & people over politics,” Hidalgo said in a tweet Wednesday morning.

Harris County voters went for Hidalgo by a margin of less than two percentage points and just under 16,000 votes, while Democrat Beto O’Rourke won the county by more than nine percentage points over Gov. Greg Abbott.

Despite unprecedented spending for a county judge race —Republican donors poured nearly $9 million since July into Mealer’s campaign— the GOP failed to take back a seat it lost four years ago.

Democrats grew their majority on the Harris County Commissioners Court, the county’s five-person governing board led by the county judge. Harris County Commissioner Adrian Garcia, a Democrat in Precinct 2, defeated Republican Jack Morman, who held the seat before Garcia won it four years ago. In Precinct 4, Lesley Briones, a Democratic civil court judge, defeated Republican incumbent Jack Cagle for a seat whose boundaries were redrawn last year to favor Democrats.

Hidalgo, meanwhile, raised about $2.4 million in the same period.

Mealer, who served for a decade in Afghanistan, sought to make the race a referendum on Hidalgo’s four years in office. She accused Hidalgo of failing to curb the county’s high homicide numbers, a trend seen in most of the country’s urban areas amid the COVID-19 pandemic, and she pointed to a criminal case backlog that dates to Hurricane Harvey, before Hidalgo took office.

Mealer pitched herself to voters as a meat-and-potatoes candidate who would take the county back to the basics of public safety and roads after four years of Hidalgo, who came into office with an expansive view of county government and championed moves like county spending on early childhood education and a legal defense fund for immigrants.

“This campaign was always about good government and I am hopeful that we have played a role encouraging that going forward,” Mealer said in a tweet.

Hidalgo also hammered Mealer for not taking a public position on the state’s near-total abortion ban, which the role of county judge has little to do with.

Disclosure: Texans for Lawsuit Reform has been a financial supporter of The Texas Tribune, a nonprofit, nonpartisan news organization that is funded in part by donations from members, foundations, and corporate sponsors. Financial supporters play no role in the Tribune’s journalism. Find a complete list of them here.

The Texas Tribune is a member-supported, nonpartisan newsroom informing and engaging Texans on state politics and policy. Learn more at texastribune.org.