US, Cubans Will Meet Again in Havana: State Department 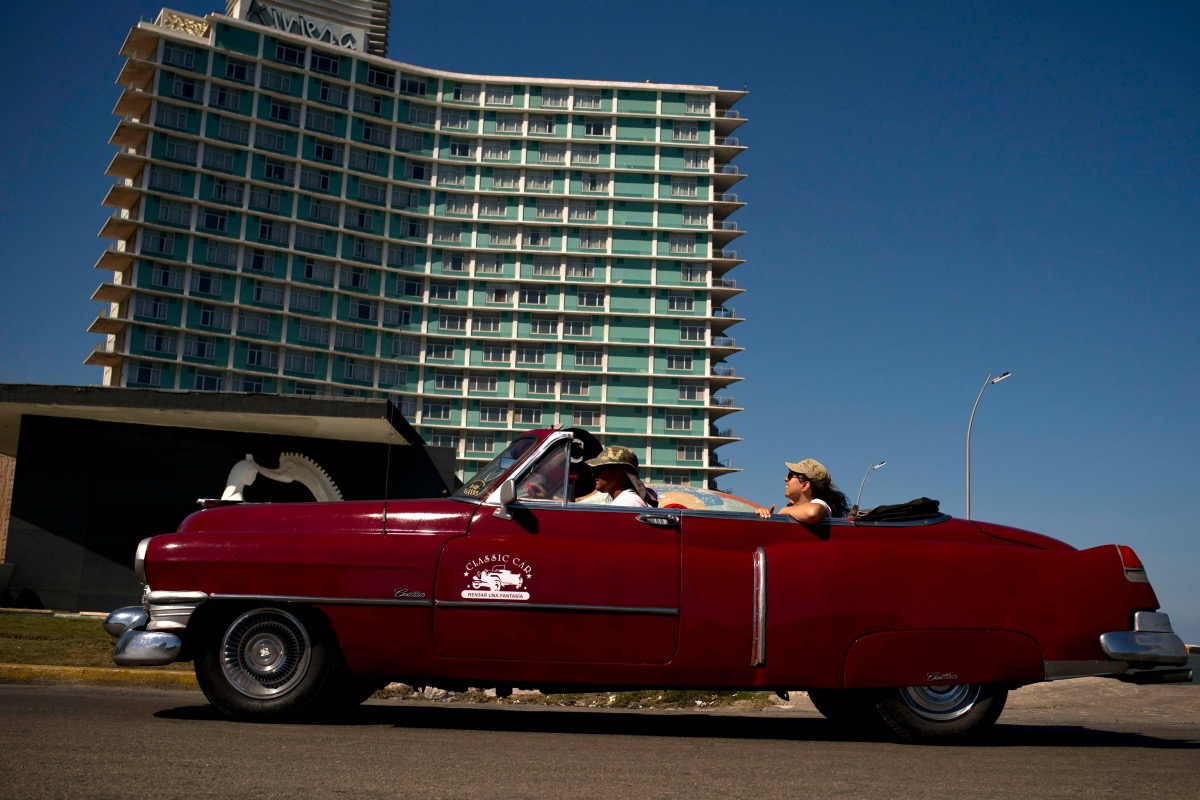 A vintage American car carries tourists next to hotel Riviera in Havana, Cuba. U.S. and Cuban officials plan to meet in Havana on Tuesday, November 15, 2022, to discuss migration policy, the latest in a series of sessions between two governments with a historically icy relationship and amid one of the biggest migratory flights from the island in decades. (AP Photo/Ramon Espinosa)

WASHINGTON (AP) — U.S. and Cuban officials plan to meet in Havana on Tuesday to discuss migration policy, the latest in a series of sessions between two governments with a historically icy relationship and amid one of the biggest migratory flights from the island in decades.

The State Department on Monday confirmed the latest meeting to the Associated Press. While the department did not offer specifics on what would be discussed, it said the talks were routine and represent a continuation of a nearly 30-year engagement with Cuba on migration matters as neighboring states. The talks were limited to migration, the State Department said.

U.S. authorities stopped Cubans nearly 221,000 times in the fiscal year that ended on September 30, a 471 percent increase from the year before, according to U.S. Customs and Border Protection data.

In October, Cubans replaced Venezuelans as the second-largest nationality after Mexicans, extending the biggest flight from the Caribbean island to the United States since the Mariel boatlift in 1980, according to figures released late Monday. Cubans were stopped 28,848 times, up 10 percent from September.

The mass migration is fueled by a complex mix of economic and political turmoil exacerbated by a deepening energy crisis and devastation wrought by Hurricane Ian in late September.

Last Wednesday, State Department officials traveled to Cuba to discuss the expansion of consular and visa services with Cuban officials. Those services were previously closed following a series of health incidents in 2017.

The Biden administration also announced that visa processing would resume in January.

Tuesday’s meeting represents a slow thawing of a relationship that has always been tense, but has been particularly strained since President Donald Trump tightened American sanctions on the island.

A U.S. official who spoke to the AP on condition of anonymity said Cuba has agreed to receive one flight of deported Cuban migrants from the U.S. It would be the first flight since the beginning of the pandemic, potentially offering American authorities a tool to deter Cuban border crossers.

U.S. officials, the official said, hope more will come out of the Havana talks as the exodus from the island has no end in sight.