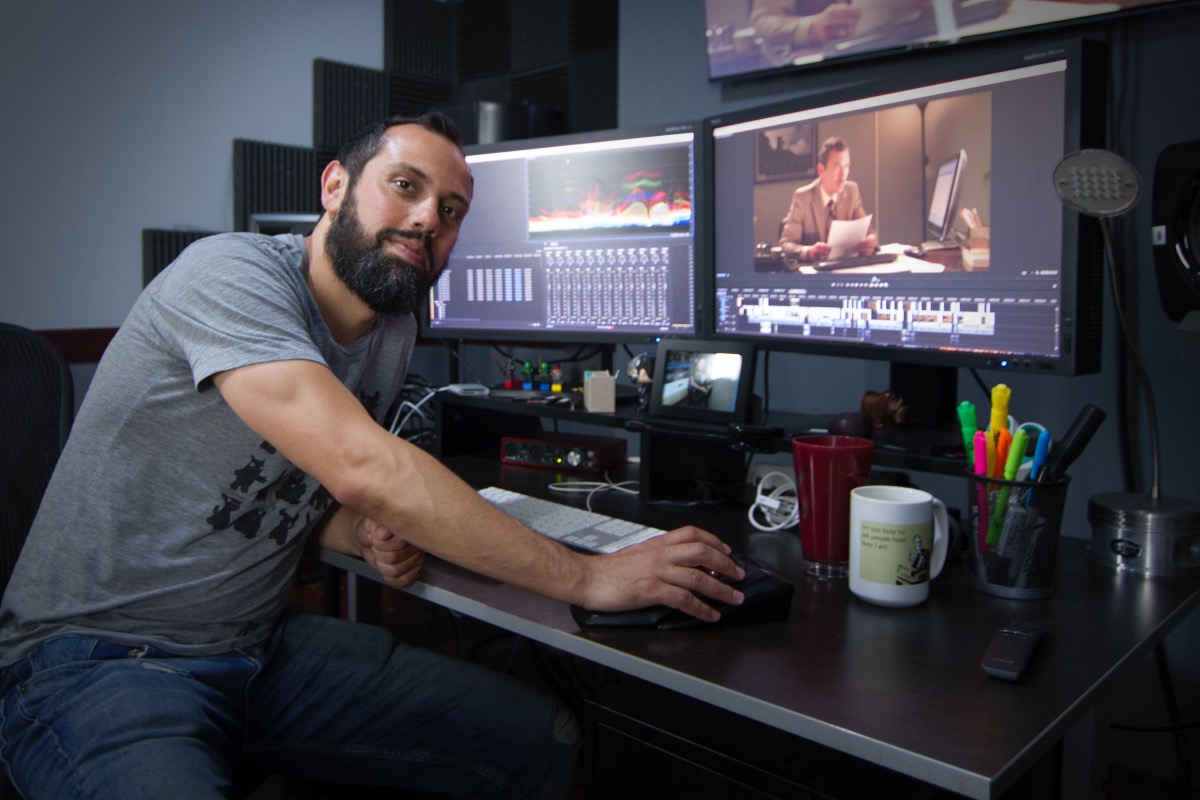 Director and writer J. Rick Castañeda in the edit bay working on ‘All Sorts.’ (Photo by Aaron Bennett)

Rick Castañeda remembers aspiring to work in an office.

“I grew up in a small town,” he recently told Latino Rebels. “It was mostly farmers, and when I was young, I had to help out with the farm work. Every time I was doing that, I was like, ‘I’m going to grow up, and I’m going to get an office job, and that’s gonna be amazing.'”

But office work didn’t turn out to be quite so great for the All Sorts writer and director. Now he looks back at his time temping in offices as “one of the most depressed parts of my life,” thanks to the “really strange environment” that is the low-level office. He describes the space as dark, windowless, and eerily quiet where he sat, “entering numbers from one spreadsheet to another, and you feel like you’re turning into a human computer.”

Still, he did find an upside.

“I could get my whole day’s work done in about two or three hours,” he recalls. “So I had a lot of time, and I used that time to write stories. And all of those stories took place in a cubicle environment.”

Later, he asked himself: “Why did I write all these stories where all this, like, magical stuff happened in a cubicle? And I realized it was because I was trying to kind of, like, find my own escape route.”

The office escape route is at the center of All Sorts, which premiered at the Los Angeles Latino International Film Festival earlier this year and is now available to stream. It follows Diego, a young man and Castañeda’s alter ego, who finds himself in one of those soul-crushing cubicles. But over the course of the story, he and his new friend June discover and conquer a secret society of competitive filing, with magic around the edges.

“This film is about loneliness,” explains Castañeda, waxing poetic about how “one of the beauties of life is to be able to relate to another person, to feel like you understand what this other person is going through. Movies are ways to do that.”

With All Sorts, Castañeda is offering us a window into his experience.

Part of the film’s charm comes from its rooting in his community. The USC grad explains that, to shoot the film, “we went back to where I grew up in central Washington, which is a huge farmworking community, and it has a big Latino base because of that. One of the reasons that I went back there is because everybody (there) loves movies. Latinos love movies. And so there was a energy there that you don’t really get in Los Angeles… If you tell somebody that you’re making a movie in central Washington, their eyes light up and they’re like, ‘Why? What are you doing? What kind of movie? Can I be in it? What’s happening? How can I help?'”

“We got the whole community behind us. It’s really a community-made film,” Castañeda says. “In community filmmaking, you’re just calling your friends, the friends are calling the friends, you’re putting [casting calls] out on the radio.” 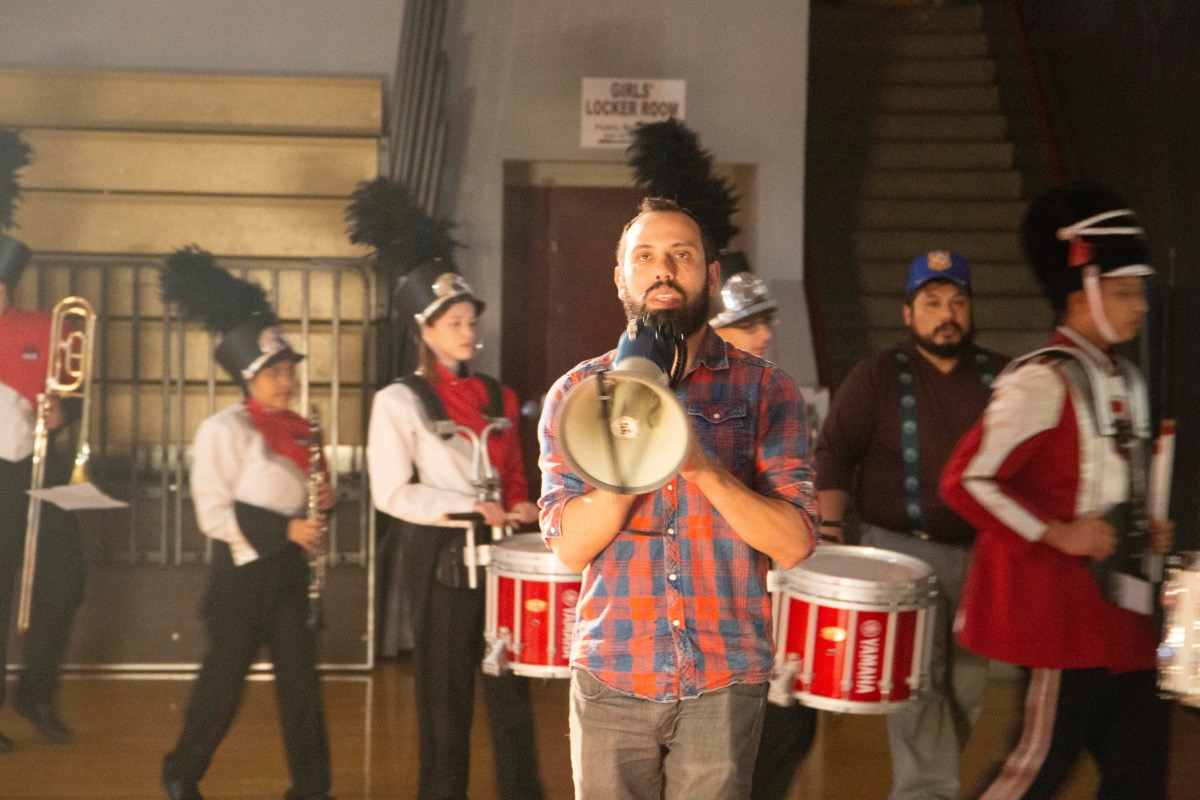 Director J. Rick Castañeda on the set of ‘All Sorts’ (Photo by Richard Brunstetter III)

He contrasts that process with the more professionalized one in Los Angeles, where extras tend to have “a bit of privilege” and so aren’t quite as representative.

All Sorts does look different—something Castañeda has heard.

“One thing that people have told me about watching this film, and my previous film, was ‘Oh, my gosh. Thank you for representing us.’ And I didn’t even think about it at the time. It wasn’t really a conscious decision to do that. It’s just because we called it out to the community, and that’s what the community looks like.”

Castañeda is purposeful about putting a meaningful message in his film—and he hopes All Sorts helps people reject the idea that they have to settle for wage labor that may feed their families but does not nurture their souls. The attitude that “life is work and you do it for your kids” isn’t serving our communities, he argues, as he hopes his film helps raise our expectations for ourselves.

By showing people the magic around the corner, Castañeda hopes to inspire them to seek out a more meaningful path—not bad for a kid who grew up working in the fields and dreamed of sitting behind a desk.