Don’t Leave the Party Before Tasting the Cake: The Rebels Are Here to Stay

When we launched this web page on May 5, 2011, we issued the following mission statement that we would like to share again since this last week has been a crazy ride of new visits, new readers, new cross-links and new connections. As with any content page, when people show up late to the party, they might have missed all the activity that has happened before they got there. 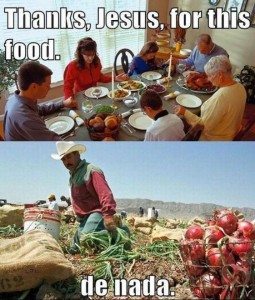 So, as a service to our new readers who have found this page because of a silly drug dealer joke by a major television network or a Facebook photo that got over 30,000 likes in three days, we share this:

The Latino Rebels are a group of committed Latino activists, authors, bloggers, comedians, artists, filmmakers, and social media influentials who use satire, comedy, analysis, video interviews, writings, films, and just plain trouble-making to educate people about the life of the US Latino in the 21st century. Through our content, we will expose those so-called patriots who are quick to use ignorance and hate to spread lies about Latinos living in the United States. We will kill stereotypes with humor, insight, compassion and maybe a loud GRITO DE QUESO. We welcome all input, from the good and the bad. But remember, once you are with the Latino Rebels, the ride will be a bumpy one. ¡ÓRALE! ¡WEPA! ¡COÑO!

We started this company as a web page as a group of friends with roots in the following countries: Mexico, Puerto Rico, Cuba, the Dominican Republic, Venezuela, Perú, and Spain. We live in New York, Chicago, San Francisco, Phoenix, Kansas City, Miami, Boston, Orlando, Los Angeles, Phoenix, San Juan, and Ponce. We are all professionals living in the United States or Puerto Rico, and we felt strongly that we could use alternative media to present stories that mattered to a forgotten demographic, free of mainstream media influence, brand control, and paid ads. We were committed to paying our contributors, and as with any startup company, we might not pay on time, but we pay. That matters to us as professionals.

As a result of our little experiment, we have accomplished a lot in just nine months. Some of our highlights:

So for those who think we just focus on silly jokes about drug dealers, spend a little time with us. Read some of our other posts. We like to have fun and meet anyone who is in our network, yes, even the ones who tell us on a consistent basis to go back to Mexico.

And we will never forget that the Internet is not the only place to impact real change in this world, but it sure is a great place to bring like-minded people together so that great things can happen both online and offline.

In the meantime, ANYONE who is interested in sharing their ideas, blogs, poems, photos, videos, rants, raves, kudos, or criticisms, feel free. We are committed to responding to as many people as possible. We feel strongly that respectful and consistent responses to online profiles is the only way to go! Don't be a stranger! We want to share your world with our readers.

In the meantime, we have received TONS of comments about the ABC "Work It" fiasco. Sure, it appears that ABC doesn't care and we are still rooting for Amaury Nolasco to speak to his fans now more than ever, but one thing is clear: we won't stop. We will never stop.

Today's Puerto Rican Drug Dealer story could be a story about a Tucson Latino Veteran Gunned Downed By Police in His Home. We cover stories that our community wants us to cover. Maybe the mainstream media should learn from this and begin true two-way conversation (and we don't mean silly CNN IReports that just become the property of CNN.)

As for the critics who call us crazy and tell us to get a grip, we just sit back and play this video. Sure we are not Picasso and Dylan, but we are crazy and we love it.

In the meantime, since we want to truly state our position about where we stand as a company about ABC, our own @BellaVidaLetty weighs in:

As the petition surpasses the 600 signature mark, I am happy to witness the numerous conversations being ignited by this issue.  Conversations serve to stimulate ideas and come up with methods allowing the Latino community to come together to create solutions for positive change.  Other issues requiring urgent attention are now being brought to light.  This is all wonderful and necessary but please do not stop demanding the respect we deserve as contributing builders of this country until this particular issue is resolved.  These other issues each deserve their own platforms to be studied and acted upon.

This petition is solely aimed at the executives of ABC who have abused their stronghold on media for far too long.  When one of the largest media corporations continues to denigrate Latinos living in this country by presenting solely negative stereotypes this creates a damaging imbalance.  It is an abuse of power.

There is never a time when it is justified for any Person, Corporation or Industry to abuse another human being.  How can a community progress with continued attacks to their reputation?

When a corporate entity with access to public airwaves fails to present balanced views that is a direct attack.  It isn't solely one line but the thousands before it.  It would be self hatred for a person to say anyone deserves this mistreatment.  More than just the one line, it was the millions before with nothing nice said in between.

This is the first step for Puerto Ricans to begin rebuilding a heavily damaged reputation.

ABC has made attacking remarks specifically naming the Puerto Rican community.  We are well aware the same has been done to other communities which is why have added the request on the petition:

' to create a cultural sensitivity and tolerance educational program for ABC producers, writers and staff.'

Create the Future you want to see today

Never forget words are nothing without action.  If you see problems that need addressing I encourage you to take the steps to create positive change. If you do not feel comfortable taking action please support those of us that do.

Our actions are a long needed attempts to balance the scales and present a more accurate portrait of the people that have contributed and alongside many others to build this country.

2 responses to “Don’t Leave the Party Before Tasting the Cake: The Rebels Are Here to Stay”