Little did we know that a story about a "fleeing immigrants" Boy Scout patch out of Milwaukee would receive national and global attention. As with any story we write as independent journalists, we write the stories, we source them, and we let our readers decide how to react to them. 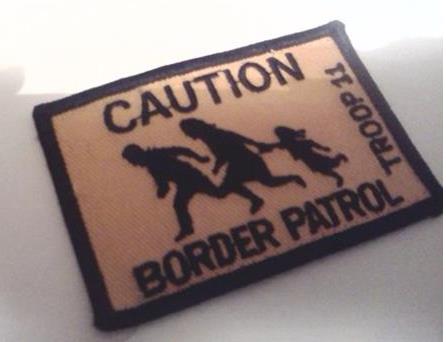 In the end, the outcome of the story was a positive one. And because of that, some see the Rebeldes as "activists." To others, we are seen as "reverse racists," "over reactors," "thin-skinned bloggers," or just "idiots." Our message to all of them? You can define us however you like, we are who we are (independent journalists), and we will cover the stories we want to cover.

Many outlets were skeptical of our reporting, so much so that their misreporting and their errors about their reporting led them to issue an apology. To those who thought that we were "making it all up," we are independent journalists. We wouldn't have run the story if we hadn't verified the story's source, even though the parent who did not want his son to wear the Troop 11 patch decided to stay anonymous when we covered this story, eventually the parent spoke to Milwaukee's largest newspaper about it. 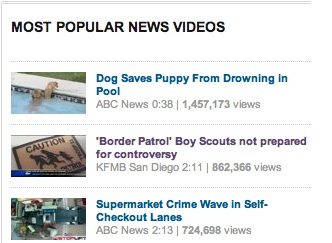 In the meantime, readers to this site had a mix of opinions, and the vast majority of them were positive. Here is just one example of an email we received from San Diego's Boy Scouts:

My name is Gus Chavez and reside in San Diego, CA and just wanted you to know that I sent out a massive email to individuals and other listservs across the nation that referred to your Latino Rebels posting of this BSA issue.

The power and impact of technology via social media is incredible.

To: Jess Quintero, Hispanic War Veterans of America I sit on the BSA National Board and have looked into this. The patch was done by young scouts several years ago with no intent on offending anyone. BSA has worked with all involve and a positive results has come out for our BSA youth and organization.

However, even though we received more positive emails like these, we got a series of very hateful and ignorrant ones as well, proving to us that the image of a "post-racial society" still has a long way to go. We share these emails, so you can see the type of sadness and anger that is still out there. When will Americans begin to understand this country thrives from different perspectives and points of view. Comments like these have no place in the public discourse and for those who wrote them to us, we have every right to publish them, since once you submit and email to our site, it is our content too. And no, we didn't edit these. Now we know that a sliver of Americans are just straight up racists. And that is sad.

Subject: Ever since we published our March 27 story about a Milwaukee Boy Scout troop that had issues with an unauthorized "immigrants fleeing" patch, we were the only outlet in the world to actually report the whole entire story.

You seriously need to lighten up.

I am so sick of the race card being played by every minority that wants a "get out of jail free card".  There was no intent of racisim in this case, only your interpretation. How can you hold people that have never met you to your interpretation? I am guessing they can't read your mind, there was nothing to even indicate race. Again, you took it as a representation of latino, but what happens when a black person cries foul. You then going to fight over who is being discriminated against?

Half the reason the US in in the financial problems we are in, is because too many people are worried about what they are owed or who is oppressing them as opposed to trying to make a future for them self and their family.

you guys must be really bored to bring this subject out.there are so many other really inportant issues to be talked about that i cannot believe you wrote about this. forgive this comment, but i know alot of hispanics who sometimes go without food for there kids..shame on you

its really sad that you people have to attack a boy scout troop for a patch…..you are upset for it being racist but its your that took it as a racist image. you inside are the ones showing ignorance towards people. look inside and you will find the true problem

Stop being so sensitive about boy scout badges.  You're so hung up on things that 13 or 14 year old kids do, you are LUCKY you are allowed in this country.

A harmless Boy Scout patch galls you.  What is your organization doing to curb the plethora of Latino gangs that pervades our cities and deals drugs, steals, and generally bullies innocent citizens?  perhaps you could "rebel" in that direction.  I was married to a Hispanic for 26 years.  Both my grown children are half Hispanic.  This query is not racially motivated.  I just wondered how you can be concerned about a harmless patch, and not about the image most of us have about Latinos in America.

To all the haters out there, what is your true intention behind your comments? We are Americans. Your comments are so un-American, at least be a bit more respectful when voicing your opinions. For the record, if you keep sharing hateful comments to us, we will share them. You try to bully us, we will stand up, too. We will fight for your right to express your opinion freely, but we will also say that we don't agree with you at all. Keep the raging hate to yourselves and don't be so public about it the next time.