After Diego Luna Schools Conan About #NoMames and Spanish, the Ignorance Begins

Now don’t get us wrong. The following video which we posted yesterday morning rocks. In fact, it is our most popular post of the summer.

It is the kind of video the explains itself, and Mexico’s Diego Luna is flipping funny in it. Seriously, the show bleeped out #NoMames? By the way, this is funny, too: 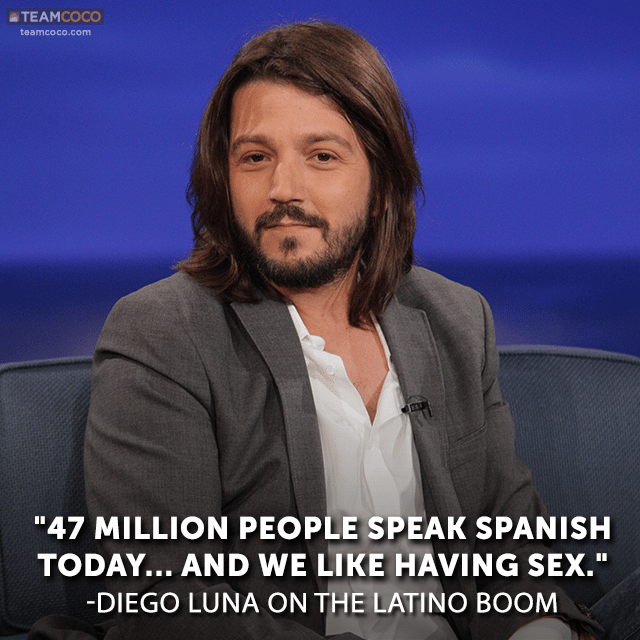 But, alas, as expected, a lot of people don’t have a sense of humor. They now feel threatened by a four-minute late-night interview with a Mexican actor. Here is just a sampling of the ignorance now showing up on Conan OBrien’s FB and YouTube pages. Let’s start with Marc Apple: 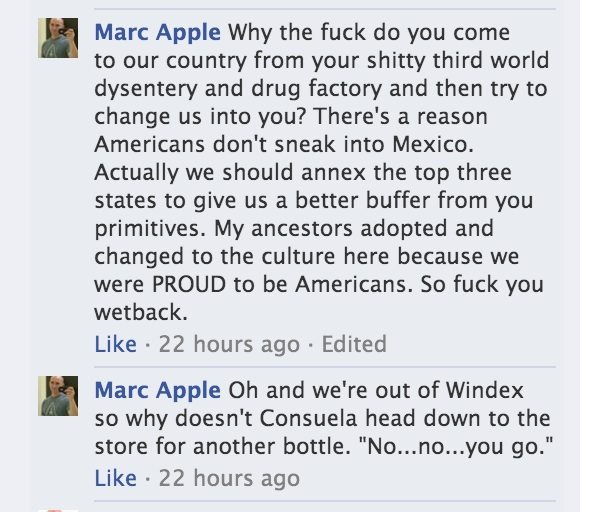 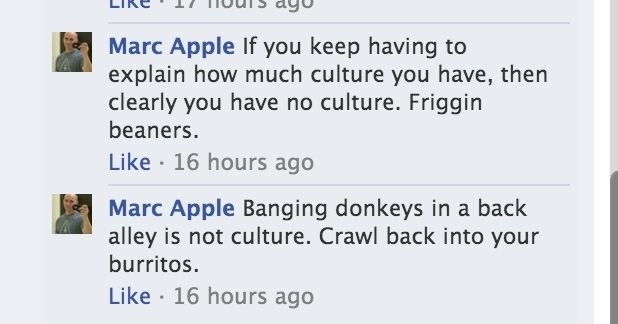 “Not understanding the concept of condoms isn’t something to be proud of.”

“I guess condoms are illegal in Latin merica” [EDITOR’S NOTE: learn to spell.]

“Welfare will give you extra money per child. just saying.”

“secret? fuck they been sneaking across the border for years, thats not a boom that’s an invasion.” [EDITOR’S NOTE: learn to use correct grammar.]

“How do you say condoms in Spanish or is there even a word for it? Or maybe just the directions are not in Spanish?”

This one was interesting:

“The catholic church is promoting the reproduction of the mexican lineage. Mexicans become catholic by default. Nothing bad with having kids, but for sure, a big percent of them are destined be cheap labor and never even consider college as an option. Sad.”

Then there were these comments, who were quick to point out that this is just “Mexican slang:”

“Its the way﻿ its said, tone of voice etc, it CAN be understood but it will definitely raise some eyebrows, its strictly mexican SLANG, in some hispanic countries some slangs should never be said, because they could be taken very offensive, its better to use proper spanish period, no mames means like he said ‘no way’ or ‘are you fucking serious?’ it means unbelievable, but its very rude, it literally means ‘don’t suck’ like saying ‘get the fuck out no way’ Don’t say that, unless you’re in mexico.”

“No mames is mexican not spanish, if you say no﻿ mames in like cuba,spain,argentina,ecuador,e­tc. They don’t know what it means.”

And yeah, good for those who said that censoring #NoMames was dumb:

“En serio … I WANT to hear Conan say “No mames!”… WHERE can we hear﻿ an uncensored version!?
No mamen.. ya ni la joden”

“Why did you censor No Mameeeeeeeeeeees!!!!! Everybody says NO MAMES here! Is not a bad word!!!!!!!
Oh and you didn’t censor ¿Que Pedo?﻿ wich Is more of a bad word than NO MAMES.
So in conclusion: ¿Que pedo? ¡NO MAMEN! Why the censorship?”

We don’t censor #NoMames here on Latino Rebels, and yes, since we are from all over the Latino world, we say more curses only adds to a richer experience. Here’s our message to all the haters:

6 responses to “After Diego Luna Schools Conan About #NoMames and Spanish, the Ignorance Begins”