An Open Letter to All Those Puerto Rican Powerball Haters: Suck It

The United States of America, my home, has a working relationship with my ancestral home, Puerto Rico. For better or worse, the relationship exists. I understand that there are arguments on both sides of the coin. There are those that favor the Commonwealth and statehood, while others want a completely independent Puerto Rico. This domain is not my area of expertise, and if you have questions about one very complicated issue, go ask jefe.

There are a few things that I do know though. I was born in Puerto Rico, and at birth, I became a United States citizen. As it is illustrated by the hundreds of thousands of people that migrate to the U.S., this birthright was clearly beneficial to my family. We came to New York City when I was five, and since then I have grown up to become a productive member of society. However, I often wonder if things would have gone this way for me, had I not been born a U.S. citizen? I am an American patriot; I make no secret of this. Even so, I am not beyond calling out Americans on their hypocrisy and B.S!

This arrangement with Puerto Rico is not a one-way relationship. The U.S. would not have established this arrangement if there was no benefit to them. Americans are kind people, but we are not fools. Everything that we do has some agenda attached to it, and the Commonwealth of Puerto Rico is surely no exception. I will not be getting into the politics of this (remember: not my domain); however, I think that we can all agree that the benefits must go in both directions for such a relationship to exist.

WARNING: I’m now about to lose all my professionalism and decorum. Please bear with me. It is necessary. 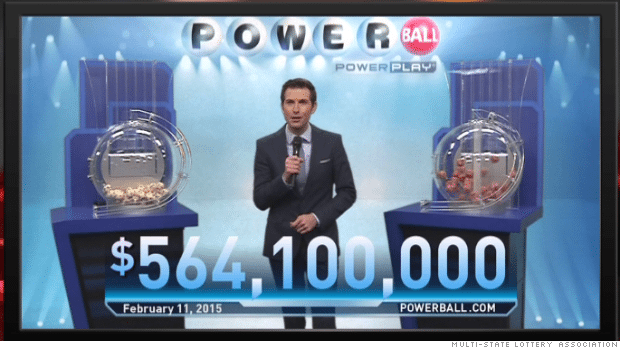 So let’s talk about this Puerto Rican Powerball situation. At its simplest and rawest level, all that noise on Twitter and other social media platforms is just a major case of HATERS GONNA HATE syndrome. These fools are only seething because they were not the ones to win the Powerball. They are angry and jealous that someone from a place they may not be too familiar with actually won.

Here’s the thing though: your ignorance, or lack of information doesn’t change the rules, friends. The fact that you are an uneducated idiot, doesn’t mean that Puerto Ricans cannot fairly win at Powerball.

Frankly, I don’t care whether or not Puerto Ricans pay taxes. If Puerto Ricans are putting down a dollar, two dollars, or whatever quantity of money, and the Powerball folks are gladly accepting that money from them, why the hell should they not be allowed to win?

See, if you had a problem with the possibility of Puerto Ricans winning, because of the taxes or because you thought they weren’t U.S. citizens, or because you thought that they were using the euro, or whatever other ridiculously ignorant reasons you may have, perhaps you should have taken to arms when they were buying the tickets. (Speaking of taking to arms, Puerto Ricans have been defending the lives of fellow American citizens since 1917.) You don’t wait for someone to win, and then get upset, and try to protest or change the rules.

Allow me to sum up your stupidity with a simple question. Would you give up half of the jackpot if Puerto Ricans were the ones who contributed to it with their shiny, green, AMERICAN dollars? If the answer to that question is no, then you are a hypocrite.

Stop being so ignorant, step way from Twitter and open your minds.

Angel Rodriguez is the publisher of NYCTalking.com, a page that “covers current affairs, business reviews, fashion advice, opinion and commentary, along with random musings from time to time.” Angel is a Bronx boricua, poet, rapper and a U.S. Air Force vet. You can follow him on Twitter @arodomus.

6 responses to “An Open Letter to All Those Puerto Rican Powerball Haters: Suck It”