Interview with Nelson Denis, Author of War Against All Puerto Ricans, Part II

Editor’s Note: You can read Part I of the intreview with Nelson Denis here. Part III is here. 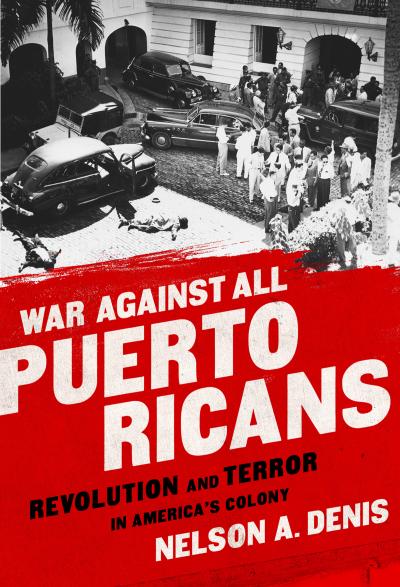 JM: Do you feel the close ties between the Puerto Rican independence movement and Castro has hurt the cause?

It was part of the rationale behind Public Law 53 (La Ley de La Mordaza) which was a nearly verbatim transcription of the US anti-Communist Smith Act.

JM: Do you feel, now that the U.S. is opening its doors back up to Cuba that the two islands should form the sort of economic ties that PR is currently building with the Dominican Republic?

ND: In January 2015, the Dominican Republic and Puerto Rico signed a series of bilateral agreements: three on education, two on the environment, two on trade, two on security and one on taxes. They were reportedly aimed at strengthening cooperation on economic, regional security, education and cultural issues. I don’t know what progress or compliance has flowed from these agreements.

It’s possible that these agreements had a more political, symbolic value for the people involved (Alejandro García Padilla and Danilo Medina), than a concrete economic intent—but in principle, it would be excellent for Puerto Rico to develop economic ties with Cuba.

This may be complicated by the fact that through the Foraker (1900), Jones-Safroth (1917) and Merchant Marine (1920) Acts, the U.S. has plenary jurisdiction and control over all Puerto Rico trade agreements, import/export activity, tariffs, admiralty rights and coastal control.

JM: What direction do you feel the Puerto Rican independence movement needs to move in to attract more followers and adapt to changing times?

ND: There are so many powerful vested interests on every side of the status question. I believe that historical documentation and education, such as what I attempted in War Against All Puerto Ricans, are necessary to establish a moral basis for the Puerto Rico status question.

As Albizu Campos commented, it is amazing how “owning one man makes you a scoundrel, but owning an entire nation makes you a colonial benefactor.”

For this reason we should carefully, methodically and painstakingly research the history of U.S.-Puerto Rico relations. Whatever discussions follow and whatever options are considered, they should all flow from a clear understanding of what happened in Puerto Rico from 1898 until the present.

JM: Are there any figures in the modern movement who could be comparable leaders to Campos?

ND: There are figures who have suffered, sacrificed, some have died. Oscar López Rivera, Filiberto Ojeda Ríos, Carlos Soto Arriví, Arnaldo Darío Rosado—a history of martyrdom and bloodshed. There is a history of shared suffering. 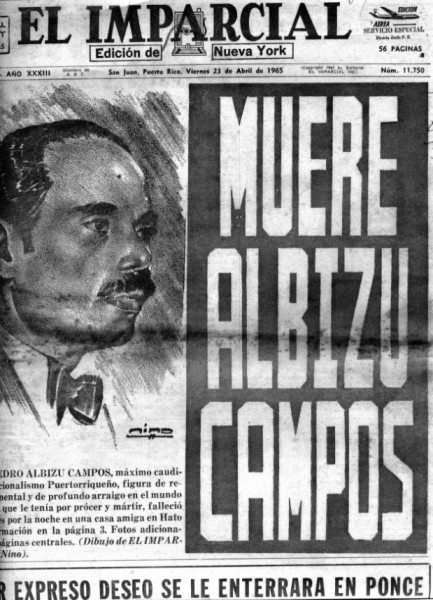 Today numerous people continue to organize, advocate and testify before the United Nations Decolonization Committee. But the circumstances are different, so it is impossible to make this comparison between Albizu Campos and modern-day independence leaders.

He was the first one to meet the lion head-on and place his head in the lion’s mouth.

In the end —just like Simón Bolívar and Nelson Mandela— Albizu was a unique person, in a unique historical moment. It is impossible to compare him to others.

What is possible, is to examine his life and the lessons he left for us.

JM: Do we need leaders more or do we need greater organization and precise vision to improve the standing of our cause?

ND: I don’t view your question as an “either/or,” because leaders are precisely the ones who are able to organize, and develop a precise vision for any movement.

Any struggle against an overpowering regime needs all the help it can get: precise and compelling information. Historical documentation. Economic history and statistics. A clear set of defined, achievable goals. An incorruptible faith in those goals.

The character of the individuals is also important: individuals with commitment and great personal endurance. There should be clear and honest relationships between those individuals, with a minimum of envy and hidden agendas…no “quitate tu pa’ ponerme yo.”

In our third and final installment, we will delve into the perilous waters of immigration, the complexity of Puerto Rican identity, and the future of Puerto Rico.

One response to “Interview with Nelson Denis, Author of War Against All Puerto Ricans, Part II”