Two years before Donald Trump thought migrants from Latin America were “bringing crime” and “rapists,” he had become an advocate for fair and comprehensive immigration reform. 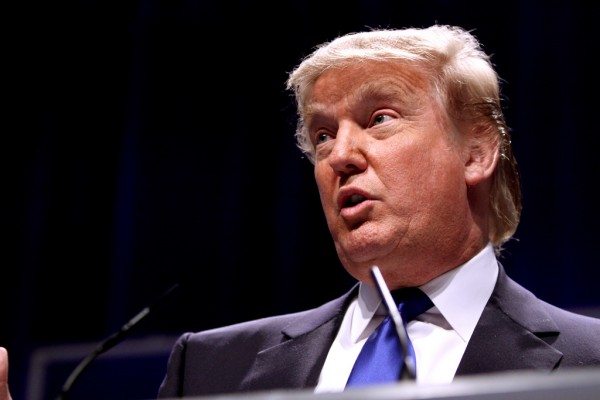 Back in 2013, NBC News reported a meeting between the billionaire GOP frontrunner and “youth immigrant leaders Jose Machado, Diego Sanchez and nationally renowned Dreamer Gaby Pacheco of The Bridge Project at Trump Towers in New York at the request of Antonio Tijerino, President and CEO of the Hispanic Heritage Foundation“:

‘He really listened and asked thoughtful questions,’ said Machado of the meeting to discuss immigration reform. ‘We had the opportunity to share our stories and explain why millions of Americans from California, Colorado, Texas, Florida and New York (to name a few states) have come out to say, “We need to find a solution to our broken immigration system.” ‘ …

And it seems the meeting was fruitful, shared Machado. Trump told the trio ‘You’ve convinced me.’

Though the immigrant leaders walked away from the meeting encouraged by Trump’s response, now that he has released his plan to make Mexico pay for a border fence and eliminate birthright citizenship for the U.S.-born children of undocumented immigrants, it’s clear The Bridge Project didn’t convince Trump in the way they had hoped. And quite frankly, the Bridge Project participants are some of the people Trump wants to now deport.

The trumpery wasn’t lost on Pacheco, one of the participants in the 2013 meeting and a Guayaquil-born DREAMer herself:

20 times Donald Trump has changed his mind since June http://t.co/N2jH50KJSt

Maybe, if given enough time —and in a 21-century version of Manifest Destiny— Trump might flip-flop on his promise to end birthright citizenship and even extend to anyone born on Mars.

Because we don’t think there is anyone who knows what Trump will say next, including Trump himself.

One response to “Trump’s #NoMames Flip-Flop on Immigration”