Immigrants Are Not FedEx Packages

The New Jersey governor and GOP presidential hopeful Chris Christie has a novel plan for keeping track of the people who come to the United States:

We let people come into this country with visas, and the minute they come in, we lose track of them. We can’t— So here’s what I’m gonna do if I’m president. I’m gonna ask Fred Smith, the founder of FedEx, come work for the governor for three months. Just come for three months to Immigration and Customs Enforcement and show these people.

This has to be the craziest thing I’ve heard all week—and that includes Kanye West’s long, rambling speech at the MTV Video Music Awards last night, which ended with him announcing his 2020 presidential bid.

Christie, who’s known for his bridge-closing take-no-prisoners style of governance, has yet to clarify how these tracking devices would work. Since visas can be lost or tossed in the trash, presumably a chip would be embedded in each visitor as they enter the country, maybe one of those things that Arnold pulled out of his nose in Total Recall (the original, of course).

Of course, it could be that Christie was simply joking, though everyone knows who much truth is said in jest. Look at his eyes when he offers his modest proposal; he seems to be thinking, Either I just my cost myself the election, or I’ll be hailed as a genius and carried out of the room on the people’s shoulders. (On second thought, there’s no way he was thinking that last bit.)

Admittedly, the idea of implementing a system isn’t as crazy as it first appears to be. The problem with Christie’s plan, however, is that it’s too invasive. While immigrants may not enjoy the full protection of the U.S. Constitution, they still possess a basic human right to privacy. As visa holders, they are guests in the country, and just as it would be rude to follow your guest into the bathroom, it would be just as unacceptable for the U.S. government to track the movements of visa holders on a 24-hour basis. After all, they aren’t criminals—even if some big-mouthed billionaires think otherwise. 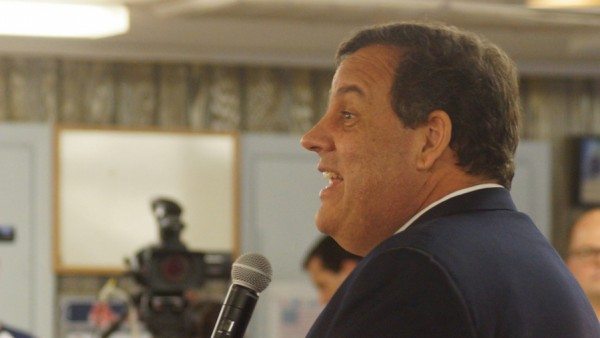 Making E-Verify mandatory nationwide seems like a decent enough idea. The system would allow only those immigrants who have permission to work and punish employers who try take advantage of vulnerable workers. It would also eliminate a major incentive for crossing over the border illegally or overstaying one’s visa, providing a much more humane alternative to militarizing the border.

Still, as someone who married a DREAMer, I realize that it would make life that much harder for the undocumented. But perhaps E-Verify could be tied to DACA, allowing people who are undocumented through no fault of their own to still find work. Plus, the number of DREAMers in the country would be cut down as adult immigrants would see no need to bring their children with them when there are no jobs to be had.

In the end, however, there is very little that can keep a person from fleeing the violence and hopelessness of their homeland. So long as Latin America is being ravished by U.S.-imposed neoliberal policies and the U.S. demand for illicit drugs, immigrants will keep flocking to the United States—even at the risk of condemning themselves and their children to a life lived in the shadows.

One response to “Immigrants Are Not FedEx Packages”