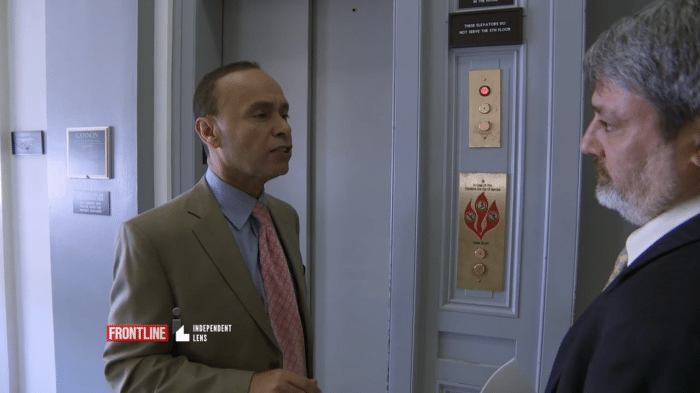 You only need one word to describe how Latinos feel about the Obama administration. That’s a lie; you need two: frustration and disappointment. Latino voter turnout in the presidential elections of 2008 and 2012 were never more than 50 percent, but the over 70 percent of Latinos who did vote in both years were led to believe that finally passing fair and comprehensive immigration reform would be President Obama’s top priority.

We all know what followed. With Democratic majorities in both chambers of Congress in 2009 and 2010, the White House decided to tackle other crises — an economy in free fall, the tens of millions of Americans without health care — while immigration reform was put on the back burner. Then, in the 2010 midterm elections, a right-wing wave came crashing down on the country, shrinking the Democratic majority in the Senate and giving the Republicans control of the House of Representatives. Since then it has been obstruction and little else, with the GOP refusing to give Obama and the Democrats an inch even when the other side seems willing to give up a yard. The president has deported immigrants at record numbers each year. Immigrants and their supporters called on him to stop. He said he couldn’t do anything about it, that he was only following Congress’s orders. The GOP failed (or refused) to come up with an alternative immigration plan. So Obama was forced to give in to his base, signing an executive order that would protect four million undocumented immigrants from deportation.

That’s the official story, or at least the common perception, in which immigration reform was practically doomed from the start. It’s a story of false promises, false government and false hope.

But a new documentary by Frontline and Independent Lens looks to turn that belief on its head by showing how unbelievably close Congress came to passing immigration reform in the summer of 2014. In Immigration Battle, filmmakers Michael Camerini and Shari Robertson track the behind-the-scenes negotiations in Congress that were hidden from the public so the leaders of both parties could save face in the meantime. The film spans two years, beginning with an immigration reform rally in front of the Capitol the day after Obama won reelection in November 2012, and ending with the president’s November 2014 executive order limiting deportations.

Specifically, the documentary follows the effort in the House to pass an immigration bill approved by the Senate in June 2013. From that moment on the clock is ticking, as reformers on both sides of the aisle race to secure a bipartisan agreement while conditions are ripe. And conditions are ripe: the GOP cannot afford to continue alienating a growing Latino electorate, and the Democrats can’t expect to maintain their support among Latino voters if they keep failing to pass immigration reform. Fed up, Latinos may simply choose to vote for neither party, granting the electoral edge to Republicans.

The David in this story is Luis Gutiérrez, the Puerto Rican firebrand from Illinois who in recent years has become the clear leader on immigration reform in the House of Representatives, as scrappy as he is diminutive. After Robertson runs through Gutiérrez’s personal history, Camerini explains, “He makes his own political party nervous. He’s made it clear he’s more loyal to immigrants than he is to Democrats.” Then, in one of the countless moments that blur the line between documentary and campaign ad, Robertson adds, “To Republicans who want to do immigration reform, he’s the Democrat they trust.”

As a Puerto Rican from Chicago myself, I’ve always wondered whether Gutiérrez would ever run for higher office. His problem in that regard, I believed (and kind of still do), was that his politics were too liberal, that he couldn’t get enough conservative or independent votes to ever run for the Senate, much less the presidency. Whether it was the filmmakers’ intention or not, Immigration Battle tries to soften the congressman’s partisan image and instead shows him to be a bridge builder whose bridges are constantly set fire to by other people, even the leaders of his own party.

The Goliath to Gutiérrez’s David is a composite of Tea Party radicals, domineering party leaders and the Obama administration, each of whom have their own motives for wanting to derail the Gutiérrez’s drive. Right-wingers believe the country to be in the midst of an invasion across its southern border; Obama and Democratic leaders seem unwilling to support an immigration campaign led by someone else, whether Democrat or not; and Speaker John Boehner appears caught between appeasing the radical fringe in his party and not conceding too much electoral support to the Democrats. In the midst of the madness, Gutiérrez is depicted as merely a humble public servant trying to win justice for as many of the 11 million undocumented immigrants in this country as he can.

I’m not suggesting Congressman Gutiérrez isn’t worthy of such praise. And I’m not arguing that documentarians should be unbiased, which is impossible for anyone with a pulse. Still, my eyes can’t help rolling in their sockets whenever any public figure is lionized, especially by people pretending to be objective. No one is perfect, after all, so it’s safe to assume that immigration reform ultimately failed not only due to GOP opposition and White House machinations, but also due to missteps made by Gutiérrez himself. That is simply the nature of politics and being human.

Notwithstanding its rose-colored portrayal of one crusading congressman, Immigration Battle makes an excellent attempt to unpack something most of us already know but don’t fully appreciate — which is that the debate in Congress over immigration reform has less to do with ideologies than it does politics. The “battle” is really an ugly, tense dance between two parties hoping to step in sync, at least for a moment, though they’re moving to different music. They came close in June 2014 — painfully close — but at the last minute the GOP’s music changed and the two sides began stepping on each other’s toes again.

The moral of the story, at least according to me, is that something must be done about gerrymandering. Allowing political parties to draw up safe districts for themselves leaves us with a House of Representatives whose members have everything to lose by working across the aisle. There are more Republicans willing to work on immigration reform than the media and the Democratic leadership would have us believe, but they run the risk of being primaried by a more radical candidate should they appear too moderate or too collegial with the opposing party. This setup creates in Congress an even bigger tug of war than already exists, making it nearly impossible for both parties to put down the rope and meet in the middle when it’s time to pass much-needed reforms.

Immigration Battle is a heartbreaking film, but it’s also heartwarming. Despite the many obstacles to cooperation, there are still members of Congress — Democrats and Republicans — who, out of either compassion or a rational assessment of the situation, are reaching across the political chasm to get government working properly again.

Congressman Mick Mulvaney, a South Carolina Republican elected as part of the right-wing surge in 2010, is a case in point. Speaking at a gathering of Republican voters in Goose Creek in the spring of 2014, Mulvaney boldly made the case for why his party must act on immigration:

We need to stop celebrating the absurd in our party, and stop rewarding the outrageous and the stupid. We have to figure out how to deal with it as a party. We’re losing too many elections. We’re writing off too many people.

There are people on the other side, even on the far end, who understand that Congress cannot continue with politics as usual. There are Republicans who realize that the country is changing, that the definition of what means to be an American is expanding, and they want to see their party evolve to meet these new realities. This is the silver lining in the dark cloud hanging over Congress and the light at the end of the tunnel with which Immigration Battle concludes.

Should all else fail, demographics will grease the rusty gears of government and see that immigration reform (and other reforms) is finally passed. Till then, the political dance continues.

One response to “The Time Congress Almost Passed Immigration Reform”