Why the Latino Revolution May Never Happen 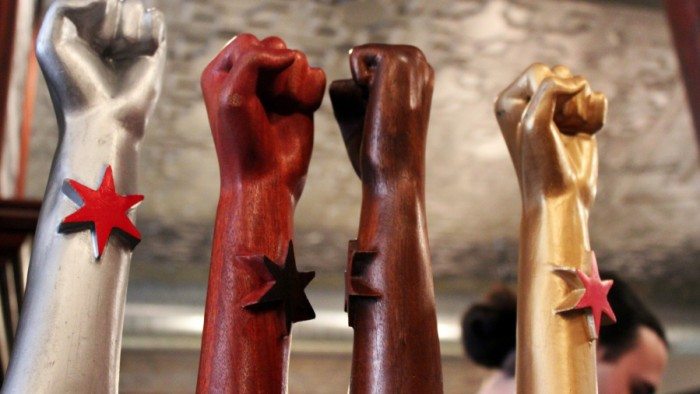 One of my favorite stories about Che Guevara is told by his daughter Aleida, in recounting how Guevara, prior to arriving in Bolivia for what would be his final campaign, visited his family in Argentina disguised as a distant tío:

‘After supper, I fell and hit my head,’ Aleida recalls. ‘He was a doctor, of course, so he treated me, but then he picked me up and cuddled me. I remember a feeling of complete protection and tenderness. Later I said to my mother, “I believe that this man is in love with me.” ‘ She laughs at her childish grandiloquence. ‘I was only five. But I knew that this man loved me in a very special way. I didn’t know that it was my father, though, and he couldn’t tell me.’

The reason I love this story is two-fold: being the father of three daughters, tales of that bond are naturally sentimental for me, and more pertinent to this article, the story illustrates why, in the face of so much oppression, injustice and human rights violations at the hands of the United States and Yankee-affiliated governments throughout Latin America, a revolution against American imperialism that joins all Latino people has not yet occurred.

This is especially true in Puerto Rico, which has arguably the greatest reason to rise up against the United States and the pitiyanquis who have destroyed our economy and tainted our culture. Why have we not risen up? Is it like Ana Lydia Vega recently stated in her wonderful op-ed for El Nuevo Día: “Facing the brutal repression set before those made victims for their being independentistas, the intimate convenience of the uselessness of any possible attempt for change took hold in the conscience of the people.” 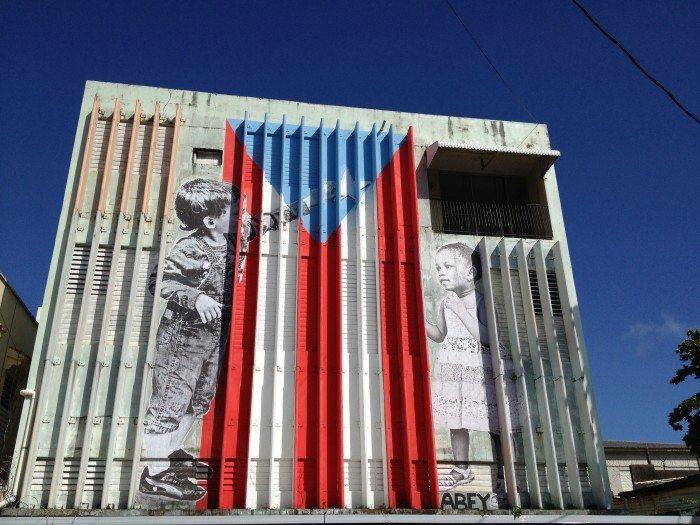 Or is it something far simpler? Do we feign hopelessness and pessimism because deep down we are ashamed of the truth of our own cowardice? Of the grand price one pays when they set out to change the status quo?

The beauty of the Che story is that it presents, in no uncertain terms, the high cost of being a revolutionary: the separation from one’s family in order to fight a war.

Revolution has become a stale, innocuous idea. Revolution is a catch-all for whatever pretty slogans and moral superiority a group of reactionary jackasses wishes to express publicly or privately. A revolution nowadays, if it manages to make itself seen or heard outside the bubble of the internet, amounts to little more than a march down a street somewhere. Maybe a petition. Maybe interrupting the speech of a politician at a town hall meeting. The risk in these endeavors is minimal. At the very worst, you might spend a night in jail.

But not Che. Not Pedro Albizu Campos. Not Salvador Allende. Not Victor Jarra. Not Blanca Canales. Those people sacrificed years in prison, torture, their own lives. Some of those people are responsible, directly or indirectly, for the deaths of others. Such is the high cost of warfare. It is hard to keep your moral superiority when you have to justify killing other people for a cause. The radicalism of the internet, particularly amongst progressives, is contradictory: it seeks massive social change but only from a distance. Most people espousing strong beliefs, or shaming others for theirs, would not give their lives for such beliefs. Pacifism is no longer a noble cause but rather an excuse for inaction.

The culture at large has become petty, making the minutia of life more important than the greater causes that could affect people outside our own circles. As stated in the book No Logo:

The slogan ‘the personal is political’ came to replace the economic as political and, in the end, the political as political as well. The more importance we placed on representation issues, the more central a role they seemed to elbow for themselves in our lives — perhaps because, in the absence of more tangible political goals, any movement that is about fighting for better social mirrors is going to eventually fall victim to its own narcissism. 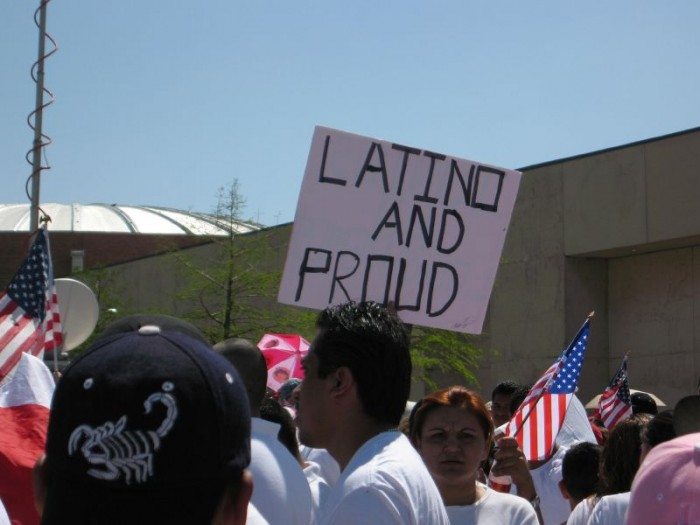 But the contradiction goes much further. The progressive movement amongst Latinos is at odds with its own identity. How do you call yourself Latino but disregard the nation or culture you come from? How can you cling to the “American Dream,” a dream made for white men, by saying this land of apartheid and oppression of brown people the world over is a “nation of immigrants”? How can you proudly wave that American flag next to your true nation in the vast region of Latin America, the nation ravaged, exploited and corrupted by the influence of Yankee interests? The mass migration from south to north, the emptying of our great Latin America to the land of the Yankee is a tragedy, it is surrender.

Yet at the same time, this very community has no problem decrying Eurocentrism or the injustices done to indigenous people by Europeans and Latin American governments, all the while ignoring the continuing crimes against indigenous people in the United States. Many in the Latino community decry the “corruption” of governments in Venezuela or Ecuador or Cuba, governments of real and radical social change, while ignoring the massive fraud and corruption, the horrendous violence, drug addiction, income inequality, decaying infrastructure, free-falling education system and misogyny of the United States. The Latino progressive community, at least online, has fallen in line with the lazy, morally righteous, hipster faux-liberalism of white suburbanites — a liberalism that is progressive in name only. A belief system that allows you to feel right and smug while the world burns around you, as though your inaction is not just as bad as putting a bullet in someone’s head.

The great heroes the Latino community celebrates did not flee, they did not give themselves over to the safe embrace of Uncle Sam. They fought, and suffered, and had to make unethical decisions for the sake of their cause. They made the hard choices of a soldier, because that is what a revolutionary does. They not only believe, they die for those beliefs.

That conviction is sorely lacking in the Americas, north and south. In rare pockets does it survive, but I fear, for those Latinos condemned to serve time in the United States, complacency has taken hold, and revolution is a mere word. The revolutionaries of the past saw themselves as people of the world, whose fight was not just for their nation, but to inspire people everywhere. At the same time, they were ruthless, as they understood their enemy to be ruthless as well. That meant getting their hands dirty, if not bloody. The enemies of progressive society — the wealthy, corporations, religious bigots — have no problem tearing down the rights of others. They have no problem being responsible for mass death in the name of profits. You think a petition is going to stop them? You think chanting slogans will hinder their mission? You think a million likes on your Facebook or going viral on Twitter will shake these people to their knees. They don’t even see you.

The CIA was scared enough of Che that they sent an army to kill him. They were scared enough of Allende that they orchestrated a massive coup to topple his democratically elected government. The FBI feared Don Pedro enough to torture him to death over 10 years. Those leaders understood that the rich and powerful of the world weren’t going down without a fight, and the rich and powerful understood that the angry masses, without a leader ready for war, could be easily appeased, and easily conquered.

Jonathan Marcantoni is a Puerto Rican novelist and co-owner of Aignos Publishing. His books, Kings of 7th Avenue and The Feast of San Sebastian, deal with issues of identity and corruption in both the Puerto Rican diaspora and on the island. He is co-founder (with Chris Campanioni) of the YouNiversity Project, which mentors new writers. He holds a BA in Spanish studies from the University of Tampa and a MH in creative writing from Tiffin University. He lives in Colorado Springs and can be reached at jon.marcantoni@gmail.com.

3 responses to “Why the Latino Revolution May Never Happen”