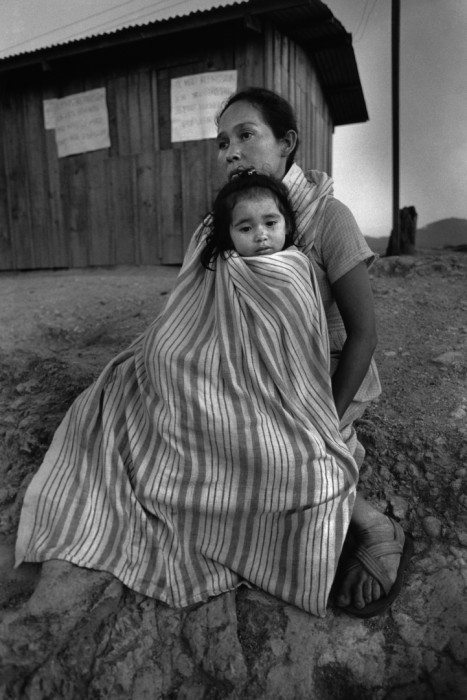 Not only has the Obama administration callously rounded up Central American refugees and shipped them back to the blood-bathed countries from which they’ve escaped — last year the so-called “Northern Triangle” countries of El Salvador, Honduras and Guatemala suffered the first, third and fifth-highest murder rates in the Americas, respectively — it’s now been revealed that even when the federal government pretends to be doing the right thing by placing child refugees in the care of family members, those children end up being the victims of further violence and abuse.

Spain-based international news agency EFE reports on the results of a six-month investigation by the Senate Homeland and Governmental Affairs investigations subcommittee, which found that at least 13 children were the victims of human smuggling and at least another 15 may have suffered various forms of abuse. Instead of conducting proper background checks on adults claiming to be relatives of the child refugees, the Department of Health and Human Services, charged with finding homes for the children while they await court rulings as to whether they can stay or not, merely released the children to the care of people who ended up being smugglers. In one case a 16-year-old girl was released to a person claiming to be her cousin but was actually a sex trafficker who forced the girl to have sex with him.

Claire McCaskill, a Democratic senator from Missouri and the ranking member on the subcommittee, said she was “angry and disgusted” by what the investigation uncovered. “The bottom line is when a child is admitted into our country, the United States of America should be an example for the world of how we care for those children.”

Pair this bit of news with a piece published by Foreign Policy last week which describes why the crisis in Central America is becoming more deadly by the minute, as groups, specifically the Mara Salvatrucha (MS-13) and Barrio 18, have evolved from lowly street gangs to sophisticated criminal enterprises. Weak and corrupt governments in Honduras and El Salvador have allowed MS-13 especially to gather strength, rebrand itself and gain new territory, all in an effort to control the lucrative cocaine supply route from South American producers to U.S. consumers. As Douglas Farah, a senior visiting fellow at the National Defense University’s Center for Complex Operations, explains:

The gangs — each with tens of thousands of members — have become vicious occupying forces in much of the Northern Triangle, replacing the hollowed-out state structures with deliberate trappings of their own authority. MS-13 is now an important link in the chain that moves cocaine to Mexico and the United States — more a political military force than a street gang. The scruffy, rag-tag teens of years past were violent, brutal, and often stoned, but could only afford homemade pistols and the rare AK-47 or hand grenades left over from the 1980s. Now many of the clicas, or neighborhood gang organizations, have assault rifles, vehicles, safe houses, and encrypted satellite phones. Some factions are even able to deploy drones to monitor the movements of the police or rival gangs. ….

MS-13 also has installed a rudimentary judicial system where gang-imposed punishments — from harsh beatings to public executions — are meted out for offenses such as stealing, informing the police of gang activities, or abusing one’s spouse. Some clicas in Honduras also fund school lunch programs for poor children in their territory — usually just a bowl of soup and bread, but far more than the state has offered.

For years MS-13 has been sending some of its members to law school and business school, while others are encouraged to join the military and police forces. At least 223 suspected gang members were discharged from the Salvadoran military last year, though many more remain hidden among its ranks. Tattoos, once synonymous with gang membership, are now banned, and MS-13 has moved into the public transportation industry and even opened bakeries, gas stations and other business in order to raise more income and launder money. In neighboring Honduras, MS-13 prohibits direct confrontation with security forces attempting to arrest a member, as well as bans the extortion of businesses in its territory. With the adoption of such methods, MS-13 hopes the average citizen will begin to view the gang as less of a threat and maybe even as a somewhat benign organization.

Farah places much of the blame on El Salvador’s disastrous gang truce that began in 2012 and collapsed in 2014, which provided the maras with enough time and space to transform themselves into something much larger and deadlier than they were before. In exchange for promises of peace, the Salvadoran government gave incredible concessions to gangs’ imprisoned leaders, including “prostitutes in prison, unfettered cell-phone communications, [and] police withdrawal from the interiors of jails.” Farah cites a 2013 interview with a gang leader who described how the gangs used violence to gain leverage in their negotiations with desperate officials: “We dump bodies on the street until they say yes. And they always say yes.”

Using the violence or the threat of violence to influence government policy is the very definition of terrorism. So it’s no surprise that groups like MS-13 have been discovered researching the methods of other terrorists organizations, such as al-Qaeda and Daesh (commonly known as ISIS). One raid on a MS-13 safe house in El Salvador found printouts on al-Qaeda, Daesh and the Revolutionary Armed Forces of Colombia, a Marxist-Leninist rebel group waging war on the Colombian government since 1964. Dismissing any coordination between MS-13 and such groups, Farah nonetheless lays out some similarities between MS-13 and Daesh:

There are some striking similarities between the behavior of some of MS-13 and the Islamic State. Like the Islamic State, the gangs primarily recruit young, unemployed males with few economic opportunities, both in person and through extensive social media outreach. The recruiters promise a life of purpose and a chance to be part of something larger than oneself. The gangs radicalize recruits with videos of savage violence and a quasi-religious call to arms against other gangs and ‘civilians,’ as non-gang members are called. Beheadings, dismemberments by chainsaw and machetes, and savage tortures are posted to YouTube as a multipronged tool to recruit new members and show how powerless the state is to stop them. This brazen violence has shredded the fabrics of these societies in ways far deeper than the civil wars of the 1980s.

Another major similarity Farah fails to mention is that both MS-13 and Daesh were largely the product of U.S. actions in Central America and the Middle East. In the late seventies, after over a century of U.S. hegemony over Central America — guided first by the infamous Monroe Doctrine, and then by the even more detestable Roosevelt Corollary — civil war broke out across the region, as popular movements attempted to over throw U.S.-backed dictatorships. The United States, under the guise of stopping the spread of communism, trained and funded death squads to crush the uprisings by any means. The chaos of the 1980s saw the beginning of a mass exodus to the United States, especially Los Angeles, where Central American thugs were able to learn from well-established street gangs, eventually forming what became MS-13 and Barrio 18. Then, in the mid-nineties, the Clinton administration instituted a policy under which gang members were sentenced to do time in prison — universities of crime — and then deported back to their home countries upon release. Central American governments receiving the deportees were never notified of their criminal activities or gang affiliations. MS-13 and Barrio 18 found fertile ground under the weak and corrupt governments of El Salvador and Honduras, and the new arrivals were able to take what they’d learned in the United States, combine it with the weapons and tactics provided by the U.S. government in the eighties, and take depravity to new depths.

The rise of Daesh in the Middle East followed a similar path: decades of U.S. meddling, then U.S. intervention in regional strife, more chaos, the U.S. funding and training of local forces, a power vacuum, and voilà.

I’m tired of hearing talk about Central American refugees as though they’re merely fleeing a touch of poverty just like any other immigrants. Honduras and El Salvador are in the midst of war, one that has been raging for the past 30-plus years and was largely created and fueled by U.S. policies. These refugees aren’t fleeing countries whose governments can’t simply get their act together; they’re feeling countries whose governments are prevented from getting their act together by the United States. It’s been U.S. policy to make Central America a living hell — albeit a bearable one, so that the people there don’t come here. But Washington pushed its luck by continually turning up the heat. Now Central America has reached its breaking point, and there are hundreds of thousands of people at our door, desperate to escape a U.S.-made disaster zone. These aren’t Central America’s refugees; they’re ours.

3 responses to “(Not) Central America’s Problem”