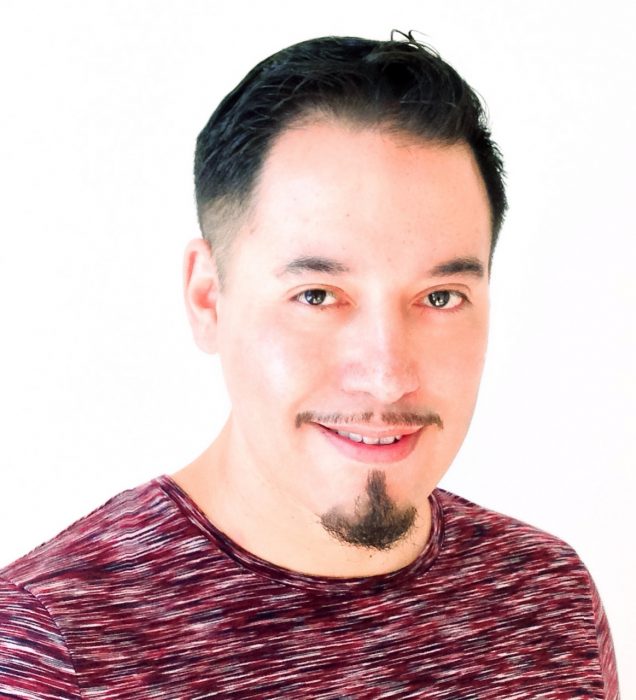 The gay Latino poet and activist Emanuel Xavier has published five books of poetry and served as editor for others, using his name to introduce emerging poets to readers. Known for his raw odes to abandonment, decadence and sex, he’s never confined himself to the mechanical niceties of political-correctness, using poetry as a screen on which to project LGBTQ Latino working-class dramas and struggles. Radiance, his latest offering from Rebel Satori Press, sees the continuation of this urban storytelling, through the eyes of a wiser, middle-aged survivor with so much to look back on.

Emanuel’s partnered, he’s survived (yet) another brush with death, and has reunited with the mother who once banished him. These poems sting with the hurt of reflection, regret and relief, revealing a different facet of this self-taught artist, who emerged out of the 1990s New York underground when his mother kicked him out for being gay. Radiance is dedicated to survivors everywhere, bringing urgent attention to the perils of the marginalized in the wake of the Pulse Orlando Massacre and the challenges of the Black Lives Matter movement.

CV: In “Sometimes We’re Invisible” you state: Michael Jackson and Farrah Fawcett died and a plane landed on the Hudson River the same year Jorge Stevens Lopez Mercado, 19, a gay rights advocate, was found decapitated, dismembered and partially burned in Puerto Rico. How has this poem changed for you since the Pulse Orlando Massacre?

EX: Before this tragedy, I was already looking to address the fact that, throughout the years, we have lost so many LGBT Latinx lives that have gone unnoticed, been overshadowed or gotten very little, if any, attention. As soon as the next news headline occurs, society and the media simply move on. As a survivor of a violent assault myself, it was just a natural issue for me to explore. Then with one horrible incident, the poem suddenly became that much more hauntingly significant.

I actually read a poem at the West Side Highway piers at a protest rally after the violent murder of Jorge Stevens Lopez Mercado in Puerto Rico. And, after the Pulse Massacre, I made a low profile return to the Nuyorican Poets Cafe after many years to read this new poem (“Sometimes We’re Invisible”) as the opening for a tribute event. I ended it with a reading of each of the victim’s names as the audience responded with “Presente!” and have to admit I got all choked up and almost lost it on stage.

I wrote the poem to put in perspective the fact that we have lost many lives along the way that should not be forgotten because of what makes headlines and evening news. It’s important for us to remember that this hatred and ignorance that goes against who we choose to love, how we choose to identify and the color of our skin, has been going on for many years. It’s nothing new. I myself am blessed to still be here even though I have to live with an ugly scar on the back of my head and still explain to people that I’m completely deaf in my right ear. Those of us who get a second, even third chance, need to keep telling our stories and fighting for true love.

CV: You play with different styles of presenting text and even compose certain poems like journal entry fragments. And one of the things you catalog in your work was the frequency of celebrity encounters you had during your nightclubbing years, such as with Boy George and Basquiat. How do you feel about that period of your life looking back? How did it shape your voice as a poet?

EX: Basquiat was actually an encounter I had during my underage hustling days at the West Side Highway piers. I didn’t know anything about him at the time except maybe that he had dated Madonna. I was much too young to appreciate his significance within the art world. Later on, I did meet many other fabulous people in the NYC gay club scene and it was a fun period in my life: some of it worth sharing in my writing and some of it not. I’m glad I had those experiences. I learned to always dance to the beat of my own drum. It shaped me as a writer in that it encouraged me to have the freedom to pave my own path and not care much for the bourgeois. It doesn’t matter whether you learn your craft on the streets or at a university. What matters is your passion and perseverance. 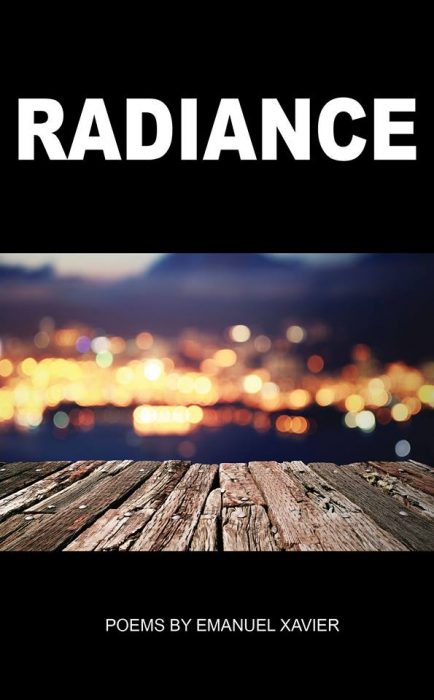 CV: On political correctness and its impositions on creative expression: Do you ever catch yourself writing a poem and thinking “maybe I shouldn’t say that?”

EX: I’ve used words which were either politically incorrect for the time or became politically incorrect with time. There’s a saying in Spanish, “No tengo pelos en la lengua!” or “I don’t have hairs on my tongue!” which loosely translates to I don’t hold back or mince my words. The only time The New York Times acknowledged me as a Latino writer, it was to shame me for an unpopular stance. But at least I finally got some ink.

CV: The Romantic poet Robert Southey once said that: “If you would be pungent, be brief; for it is as with words as with sunbeams. The more they are condensed, the deeper they burn.” This came to mind when I read the second poem “Witness”, which made me gasp. Anything you’d like to say about the formation of that poem, the first draft versus what’s published?

EX: It was a memory I had from childhood. I’m in a relationship and we often share stories about growing up. Something must have triggered that in conversation. It was buried deep as it should have been. I needed to write it down and let it go. Perhaps that is why it was brief, hopefully poignant.

CV: We’ve found ourselves in an era of greater LGBTQ acceptance and one of the things I fear is that people will forget how devastating it was (and still is) for kids to be abandoned and banished by their families, left to fend for themselves on the streets. You used all of that rejection and hatred as fuel for your art. Would you change anything looking back, if it also meant losing your experiences and voice as a poet?

EX: I met Jazz Jennings recently and I found myself telling my story to her and thinking “You know … this little bitch has no idea how lucky she is!” Seriously, she was an absolute sweetheart. At her age, I was kicked out just for being gay and went down a decadent and dangerous path. And here she is transitioning, supported by her family, with millions of fans- as it should be. Like many before and after me and to this day, some of us had to struggle to get to a point where we can learn just to love ourselves. I wouldn’t change anything as far as my own personal experiences. Regret is self-destructive. We may have lost friends and loved ones throughout this journey and perhaps we’ve even been victimized but someday we’ll live in a world where it really doesn’t matter who you love or what gender you identify with. Our struggle was real and there’s still a long way to go but sometimes we have to take a step back and appreciate how far we’ve come.

CV: In the poem “For Colored Boys Who Have Been Considered Criminals” you state: Others have died because sometimes blue only sees black or brown. Radiance has appeared at a compelling moment for LGBTQ and people-of-color social justice issues. Any comments you’d like to make about living on that crossroads?

EX: I’ve been writing about social injustice throughout the span of my career. It just so happens that some of these are back on the front pages of the newspapers. I’ve always been both a writer and an activist. I have gotten so much shit from a few of my literary peers because they still feel there’s no room for politics in poetry. But I’m gay and I’m a person of color and I’m not always in the mood to write about trees and spiders. Sometimes. Poetry is supposed to be subjective. Isn’t that what they say? Darnell Moore, one of the two founders of the Black Lives Matter movement, and I were both interviewed for a webseries several years ago and spoke at a panel about activism. Watching him do his thing inspires and reminds me that we can create real change though art and activism. So, to quote one of my signature poems, “Que siga la tradicion!”

Author Charlie Vázquez is a founding member of Latino Rebels and the director of the Bronx Writers Center. You can follow him @charlievazquez.

One response to “Radiance: Gay Poet Emanuel Xavier on Living Life Raw and Pushing Back”