‘Illegal Aliens’ and the Library of Congress (OPINION) 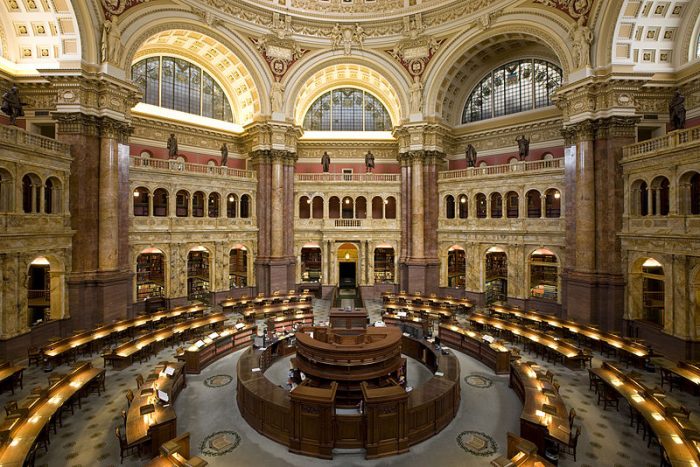 I always remember what my colleague, a veterano of the Chicano movement, told me when I described my research on the hard-fought battle to create a Chicano studies library at Berkeley after the Third World Strike in 1969. He said: “So, that’s what all the nerds were doing.”

I differ from my colleague. Back in the day, what happened in the libraries mattered—just as it matters today.

Right now, lawmakers on Capitol Hill are considering bills that would force the Library of Congress (LC) to use the term “Illegal aliens” as a subject heading. As “nerdy” as this may sound (who cares about subject headings?), library catalogs matter. In the same way branding matters, how we name knowledge, how we talk about it, and in this case how we find it at the library or online matters a great deal.

Last March, the LC rocked the political world when it announced that it would drop the i-word. The phrase,” the LC explained, “has taken on a pejorative tone in recent years.” Three weeks later, the GOP started to roll out a series of bills and statements that made their case for safeguarding “Illegal aliens” from politically correct and historically misguided LC librarians.

“Illegal immigration is just that – illegal,” argued U.S. Rep. Diane Black (R-TN), who authored the “Stopping Partisan Policy at the Library of Congress Act.” And in a letter to David S. Mao the acting librarian of Congress, a group of GOP members, including Sen. Ted Cruz (R-TX), chastised the LC for creating “research barriers” for scholars and clouding the “historical landscape of immigration law.” The fate of the LC’s proposed changes now lies with a legislative branch appropriations bill, which requires the LC to use the same language as federal immigration law, specifically title 8, United States Code.

Melissa Padilla, the student at Dartmouth who spearheaded the campaign to petition the LC to drop the term, clearly stated the opposing view: “I think a university should be free of the racist phrases I heard growing up.”  Depending on whether or not the GOP can move their pro-“Illegal aliens” legislation forward, the LC has proposed two replacements for the i-word: “Noncitizens” and “Unauthorized immigration”—terms that emphasize unlawful acts rather than illegal people.

Subject headings help patrons to find books and other materials at libraries and online. As the LC director of communications Gayle Osterberg notes, “The point is to give them a road map to get to the materials that they need.” To keep up with cultural shifts and the language that researchers use, the LC routinely updates its headings, adding nearly 5,000 new terms every year. But, this is the first time Congress has stepped in to help the LC with the process. As The New York Times reported: “Ms. Osterberg noted that there was no legislative opposition, for example, when ‘Negro’ and ‘retard’ were removed from subject headings.”

Flash back almost 50 years to the Third World Strike at UC Berkeley, a student protest that led to the creation of ethnic studies departments and libraries on campus. As part of the strike, students made the library card catalogs (prior to the digital age, the cards that listed all the books in a library) a battle site. There are reports that strikers tried to dump out card catalogs, an act that would have severely disrupted the “road map” intended to help students get to the books they needed.

But this was not just gratuitous mayhem. The students were making a point. They argued that the LC subject headings used by Berkeley’s libraries were barriers that stood in the way of research. Raymond Padilla, for example, a graduate student who examined library services on campus in 1973, noted that the LC headings “lumped all materials together” and didn’t even “differentiate between Chicano literature and Chicano history.”

To remedy this, the newly formed Chicano studies library devised an alternative cataloging system that reflected the lived experience of Mexican Americans. Subject headings ran from AFDC (the federal assistance program Aide to Families with Dependent Children) to Zoot Suits Riots. In the same spirit, these terms, along with others from UCSB and UCLA, were eventually used to index data in the Chicano database, a trailblazing e-resource focused on Mexican Americans and Latinos.

Looking back, the LC’s attempt to drop the i-word echoes an earlier moment of digital activism spearheaded by students, scholars and activist librarians. At the same time, looking ahead, it resonates with the hopes reflected in the new digital civil rights movement.

Civil rights 2.0 expands on “classic methods,” combining protests and lawsuits with social media, scholarship, and data analysis. It is true, as one activist put it, drawing a distinction between the 1960s and today’s digital in-your-face activism: “This ain’t your grandparents’ civil rights movement.” But both are laser focused on the same task: exposing and challenging racism.

It’s been some time since I’ve seen my colleague. I’d like to ask him if he thinks the LC should drop the i-word. I’ll be genuinely surprised if he says to me: “So, that’s what all the nerds are doing.”

Joseph Morales specializes in critical race and ethnic studies.  He earned a PhD from UC Berkeley, has held research and teaching positions at UC Irvine, and has published articles and opinion pieces in peer-reviewed journals, at The Huffington Post and Education Week.