Getting to the Foundations of Hate in Our Schools (OPINION) 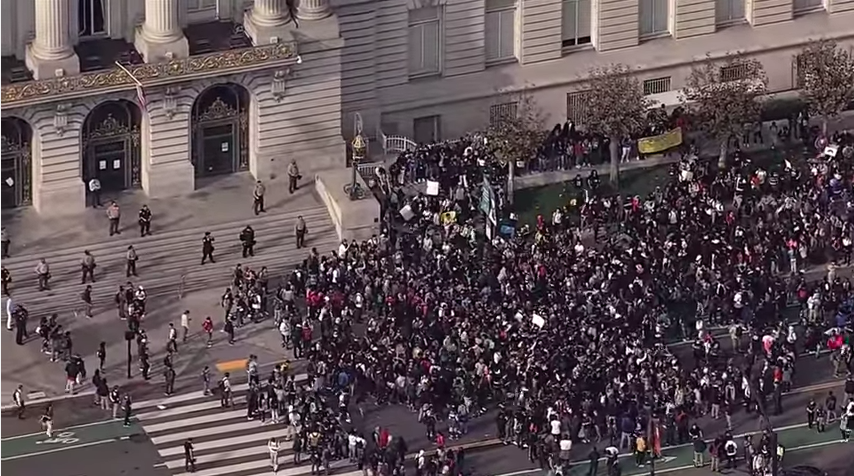 The hate unleashed by Donald Trump has been glaring and outright traumatizing, especially in schools. It didn’t take long for blatant forms of hate to bubble to the surface.

In just the first three days after the election, there were 200 reported cases of hate, harassment and intimidation, according to the Southern Poverty Law Center. Schools have been the main site of such hate. Students of color have been told to “go back” to where they supposedly came from. Students have been threatened with deportation, sent hate messages and harassed with chants of “Build that wall.”

These actions need to be addressed. But, as the campus walkouts this week punctuate, it is more than just individual words and actions that need naming and changing. Such hate and exclusion thrive and divide on silence and on a system rooted in interlocking forms of racism, sexism, nativism, heterosexism and class inequality.

In our schools, such individual hate speech and exclusionary actions map onto a legacy of white supremacy and unequal schooling. For example, in many places, the histories and perspectives of groups of color, women, the poor and working class, and LGBTQ communities are missing in textbooks and classroom lessons. Students are often left with incomplete and inaccurate information in the curriculum—perpetuating historical erasure and camouflaging the multiple ways that most have been hurt by a system favoring the power elite. Limited knowledge ensures the scapegoating of groups such as immigrants and Muslims. False beliefs in turn fuel exclusionary policies.

Too many of our schools sort and divide students into distinct schools and unequal academic paths by race, class and gender. Such de facto segregation persists largely unquestioned. Yet, the origins of practices such as school tracking are seeped in classist, racist and sexist ideologies about intelligence and culture. The outcome perpetuates further inequality because students are prepared for disparate life chances and have little opportunity to build relationships with students across different backgrounds. The sources of these inequities are kept hidden and normalized.

We must demand that our schools not be sites of hate and inequality. Now is the time to not only contest individual forms of hate but also to rethink how our classroom spaces and school practices reinforce institutional and systemic exclusion. As spaces of learning, schools must be affirming and safe places.

Strategic changes are needed in the short and long-term. Educators should always be asking: How is the campus climate? What types of spaces exist? Are they affirming or exclusionary and reproducers of inequality? What are our individual and institutional roles? As part of this process, the concerns and interests of students and communities most targeted in our society must be placed at the center of change.

One immediate institutional change that universities and school districts can do now is to follow through on the growing demands to declare themselves sanctuary institutions. In February 2106, the Los Angeles Unified Board followed other K-12 school districts and unanimously voted to declare LAUSD a safe zone. As such, Immigration and Customs Enforcement agents are not allowed onto any of their over 1200 schools and are denied access to student data without a clearance. The resolution also forbids school staff from asking students and their families about their immigration status. It pushes for training for educators on immigration issues. Educators must ensure that civil rights laws are protected and that schools do not discriminate against students.

The massive demonstrations and school walkouts this week have confirmed that we cannot keep quiet. They echo the legacy of resistance that is also emblematic of our nation. We must speak out against hate, intimidation and harassment. But, for long-term change, we must dig deep to rupture the exclusionary foundations that our schools and society are built upon.