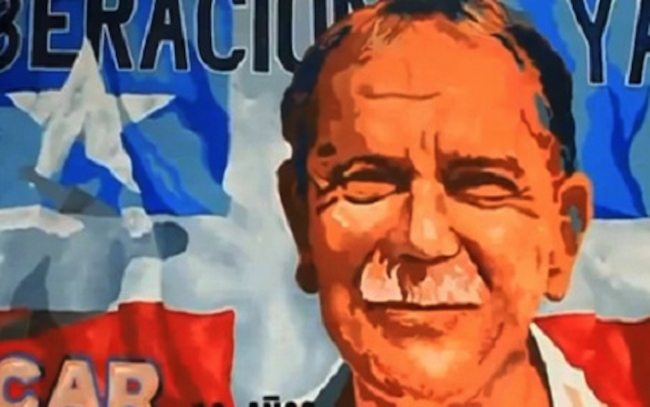 UPDATE: As of December 4, the petition has garnered more than 86,000 signatures.

An online We the People White House petition calling for the release of Puerto Rican political prisoner Oscar López Rivera has already surpassed 50,000 signatures, but will still need about 49,000 signatures before December 11 for the Obama Administration to formally address the request, if indeed the current President will ever do so.

The petition, titled “For President Obama to free Oscar Lopez Rivera before he ends his term as President” and created by J.R. on November 11, is currently on the front page of We The People as the sixth most active petition. As of this posting, 51,229 people have signed it. According to the White House, if a petition gets 100,000 signatures in 30 says, the White House provides an official update within 60 days. It is unclear what would happen if the petition were to get the required signatures by December 11, since President Obama would be leaving the White House on January 20.

A member of the FALN (Armed Forces of National Liberation) and a proponent of Puerto Rican independence, López Rivera was convicted in 1981 for seditious conspiracy. He has been in a federal jail ever since. As Jaquira Díaz wrote earlier this year in The Guardian:

No evidence was ever found tying López Rivera to any of the bombings, and although he was not convicted of any violent crimes, he was sentenced to 55 years in federal prison. Later, an additional 15 years were added to his sentence for an alleged escape attempt. He is now the longest-incarcerated Puerto Rican political prisoner, currently serving 70 years, including 12 in solitary confinement, even though the UN has condemned solitary confinement in excess of 15 days as a violation of human rights.

Earlier this year, Puerto Ricans demonstrated in front of the White House to demand for López Rivera’s release.

The is the petition’s full text:

President Obama, throughout your presidential term, the people of Puerto Rico, our politicians, political parties, media, celebrities, teachers, writers, journalists, workers, have united behind one common cause: the freedom of Oscar López Rivera. Rivera has been imprisoned for more than 34 years, many of those years in solitary confinement. Whatever your stance into his wrongdoing, we can safely conclude he has done his time. He does not pose a threat, and he deserves to be home with his family to live in peace the rest of his years.

Please, President Obama, do what is right and release Oscar López Rivera before your term ends. With the election results, now more than ever, we need you to hear the voice and plead of the Puerto Rican people.