Latino Rebels Contributors Weigh In on the Death of Fidel Castro

Not surprisingly, a few of our contributors have posted some public thoughts about Fidel Castro’s death.

Here is what Roberto Lovato posted on Friday night via Facebook:

A transcendent figure has left us. I’ve been to Cuba and throughout the Americas during and after the era of revolutions. As journalist and as someone who was not simply a spectator to the calamity and enlightenment of América Latina, mine eyes have seen what your media will not, cannot tell you about Fidel Castro Ruz and his role in the history he said would absolve him. So,

Before you hear the millionaire media commentators offer their expertise about what a mess Cuba is, do your research on the health and education of the Cuban People. Compare it to the education and health mess anywhere else in Latin America over the last 50 years. Cuba has few of those kids the song talks about, the kids who are “millionaires in worms” inflating & eating tens of millions of tiny stomachs from Mexico throughout the Caribbean and all the way to Patagonia. Despite 50 years of US embargo, Cuba’s revolution wins hands down on health and education. Compare it to health and education in the United States.

Before you ingest another thinly-veiled morsel of propaganda disguised as an “obituary” that says he was a “tyrant” or “tirante,” remember that tyrants mass produce mass graves by the 1000s, like those still plastering the map of Mexico, the 1000s in Colombia, the 1000s in tiny vortexes of tragedy like wartime El Salvador & Guatemala or Haiti and the countless other countries (Chile, Argentina, Brazil, Peru, on and on) whose mass murdering militaries were trained, funded and politically defended by Barack Obama, Jimmy Carter, Ronald Reagan and other presidents of the United States of America. Cuba has no mass graves.

Before you watch Miami Cubans and other right wingers the media favors to dance and speak for you in spectacles denouncing the indignities of the “regime,” look at the history of America Latina and its ongoing fight for dignity on the world stage. Fidel Castro was unconditional in supporting revolutionary movements fighting the indignity wrought by the economic, military and cultural domination of the United States of America throughout the Americas- and beyond, as in the case of Cuba’s definitive role in helping free people from the tyranny of the US ally better known as “the racist Apartheid government of South Africa.”

A transcendent figure has left us, a complex and flawed one who nonetheless stood up to the true tyranny of the Americas and lived and died on his own terms, despite living his entire adult life with the constant threat of assassination attempts (638, to be exact) by the United States, who he vanquished. Every. Single. Time. Fidel Castro lived and died on his own terms, not those dictated for him by one US president after another. This example alone merits the respect and admiration of all.
Que Viva Fidel.

Here is what Suyapa Portillo Villeda sent us: 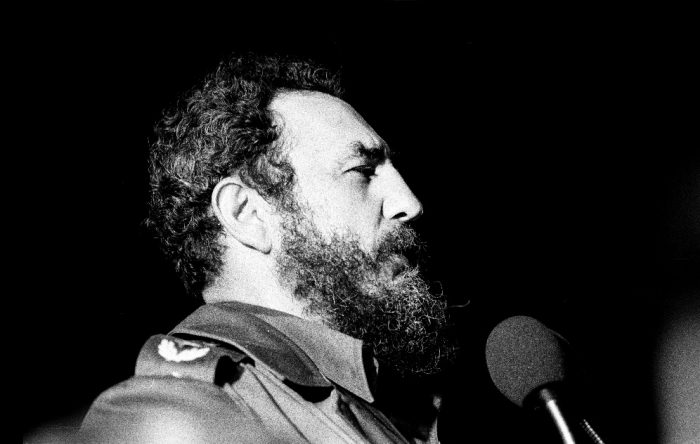 Latino Rebels: What did the death of Castro mean to me?

To me, Fidel Castro, was a man whose solidarity had no bounds with Honduras and Central America. He understood the poverty facing our country, the misery, the hunger, and he turned around and offered scholarships to Garifuna doctors and Indigenous doctors who would come back to our country to share what they learned, who had a commitment to their people and our nation. Similarly, I have not seen such discipline as that of the Cuban doctor on the field. As I have done research in poor countries in Central America, I have seen such a commitment, a dedication, a humility, a beauty in how Cuban doctors treat the poorest people with respect for their bodies, their souls, and their knowledge.

In Honduras, we are facing a quasi-dictatorship supported by the democratic government of Obama, nobody cares for the public healthcare system, the poor, those that go hungry, those that migrate…Cuba did. During Hurricane Mitch, Cubans were the first on the scene in Honduras and Central America, and they stayed, they are still there.

As a queer, I also know that Cuba made great strides for acceptance. I also understand homophobia has plagued all in the Left, and especially leftists of past generations, even in the US and other countries. It took Fidel Castro 10 years to rectify and create a politic of acceptance, and in Cuba now people can transition in their gender identity with the support they need, whether it be identity or medical support…He accepted his mistake and changed.

How long has it been since Stonewall for us in the US? Has anyone apologized? While for some same-sex marriage is proof of progress, for me it is about a society that respects humanity, evolves with humanity, acknowledges their mistakes and makes a difference for the developing world.

As we see our first African American president deport over 3 million immigrants, and destroy Native American land, beat and mame Native Americans as we speak, and asks us to “unify” under a neofascist trump, I’d rather cast my lot with Fidel Castro and the Cuban people, for the incredible solidarity they have had with our Latin American hunger for change and the redistribution of land and power.
Hasta La Victoria Siempre!