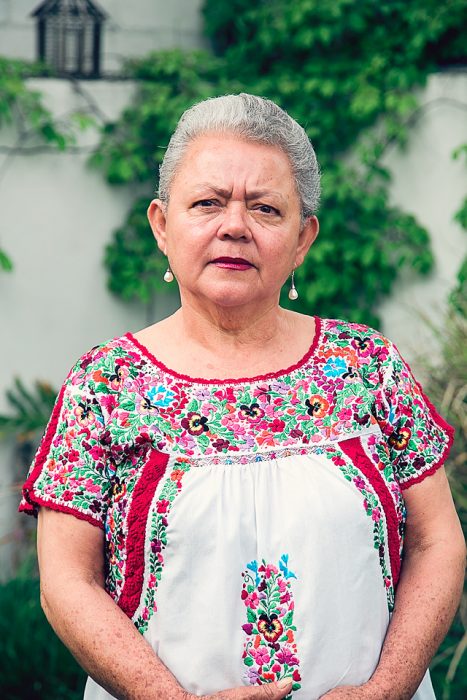 If you feature a man from the United States as a symbol of entrepreneurship, everybody considers him an obvious choice. If you feature a Mexican woman as the entrepreneur, everybody cries foul as if she isn’t universally relatable. Even if the Mexican woman is being positioned to influence first- or second-generation Spanish-speaking Latinas in the United States. In 2017, with the release of MXCNAS, Sergio C. Muñoz at Intelatin (in collaboration with Latino Rebels) aims to solidify Mexican emprendedoras as the natural leaders they have become on both sides of the border.

Kay Koplovitz​, the leader for Springboard,​ believes that women need to get better at trusting themselves to go out and promote themselves as well as their company. She says, “We have to remind them to promote themselves because typically they don’t do it. Things have gotten better and they are learning to hear the sound of their own voice. I think over seventeen years, things have gotten better as women have gotten exposed to capital markets and they don’t show a resistance to adapting and some women come well-prepared and others need to be coached.”

When asked why mainstream media plays “Follow the Leader” with male protagonists in their respective industry categories, Koplovitz offers, “I think that the perception is that there are fewer women in their respective categories and they are slower to get the attention of the mainstream media. Media sometimes doesn’t look for them. We encourage the women that we work with to take the media call and to be prepared to deliver their speaking points so that their message comes across.”

Ten years ago, Koplovitz traveled to Los Angeles to test the market. She wanted to replicate the support she found in New York, Boston, San Francisco and in Israel. In LA, things were not as successful. Additionally, statistically, Springboard sees a limited number of women of color and Latinas coming through their cohorts. Koplovitz says, “We have more Asian women and Pakistani women in technology and the life sciences but we don’t see enough of them coming through the pipeline.”

In Los Angeles, attorney ​Emily ​Yukich of Fox Rothschild, surveyed the same landscape that Koplovitz surveyed and found it deeply male dominated. Through the Los Angeles Venture Association, or LAVA, they co-founded a special interest group called Women in LAVA with the purpose of connecting female entrepreneurs to accredited investors and supporting the women owned enterprise eco-system.

Yukich works to help startups to set up their formation by structuring them and helping with their financing. She says, “We’ve accomplished the mission which was to bring more women into LAVA so that it wouldn’t feel strange to be there as a woman. We also wanted to educate women entrepreneurs for what it takes to get their companies ready for investment. More recently we are also trying to get more investors to look at woman owned startups and to get more female investors. We are also helping Golden Seeds to have a more significant presence in Los Angeles.”

The city and the culture of Los Angeles may have proven complicated for Yukich and Women in LAVA as well as Koplovitz and Springboard but in Santa Barbara, California, Marsha Bailey, Founder and CEO of Women’s Economic Ventures (WEV), a certified Community Development Financial Institution, found her niche. WEV understands their Riviera culture and accordingly, they have been supporting woman-owned enterprises for over twenty-five years. Their mission is to create an equitable and just society through the economic empowerment of women.

For the last five years, thirty percent of WEV is self-identifying as Latinos and the majority of them, 80%, are Latinas. The average age for a client of WEV is 43 years old and approximately a quarter of them have matriculated from college. Half of them are English-dominant and half of them are taking the startup training at WEV in Spanish. A quarter of those surveyed have ongoing businesses with sales that have been in business for more than one year. Over the course of the last twenty five years, Bailey has seen an ​increase in Latinas seeking support from WEV. She summarizes the state of entrepreneurship among Latinas, specifically, and women in general in Santa Barbara as ​optimistic.

“WEV created a Spanish version of our training curriculum over 15 years ago,” Bailey says, “and we’ve continued to tailor our Spanish language programs to meet the diverse needs of Latinas in our community. Over the past three years, we’ve hired more bilingual staff members and thanks to their community outreach, enrollment in our Spanish language programs has tripled.”

Bailey continues, ​“Compared with 25 years ago, the number of local woman-owned enterprises is astounding but we need to help women increase their skills, their confidence and their access to capital in order to build bigger businesses.” WEV has seen tremendous success in doing just that in their long-term Thrive in Five® Program. Currently, the program —targeted to growing businesses— is available only in English. WEV is seeking funding to make the program available in Spanish so that their entire continuum of business development programs will be available in both languages.

In Baja California, México, media might report few women leading their companies, but this is a calculated deception. For ages, women have been at the forefront of business in the destination marketing industry which includes Food, Beverage and Tourism. Over 40 years ago, Sabina Bandera inherited a food cart from her in-laws on a downtown corner lot in Ensenada and today she stands strong as one of the leaders in her community. Here is Bandera’s story told in first person:

Our family home in Oriunda de Huitzuco, Guerrero, was beautiful. My father was an agriculturalist and a rancher. I loved the outdoors and I learned to grow food and to feed the animals. My mother had a helper in the kitchen and eventually her ten children began to help with the chores and the cooking. Our kitchen was made of adobe but later on, my father made an outdoor kitchen made from thick metal sheets. We had the molcajetes and the comales in the outdoor kitchen and I would make tortillas and beans and salsas using wood fire. We made mole, pozole, cochinita, cheeses and we would sell a lot of the cheese. I was a happy child. On Sundays, my father would take us to the forests and we would have picnics. 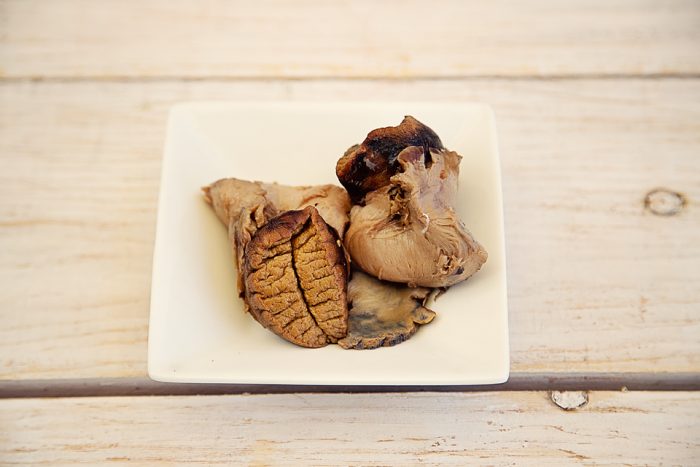 When I was seventeen, I used to go help my aunt in the molino and since I didn’t care for the classroom, I preferred being out in the field. I helped grow, fumigate, and tend to the plants that we were cultivating. We grew peanuts, corn and watermelon in October. When we had a good crop, I would go out and sell on the street and in the markets. We had wholesale accounts as well. Sometimes we sold it from the trunk of the car. I worked with my father from six in the morning until seven at night and I wouldn’t get tired. 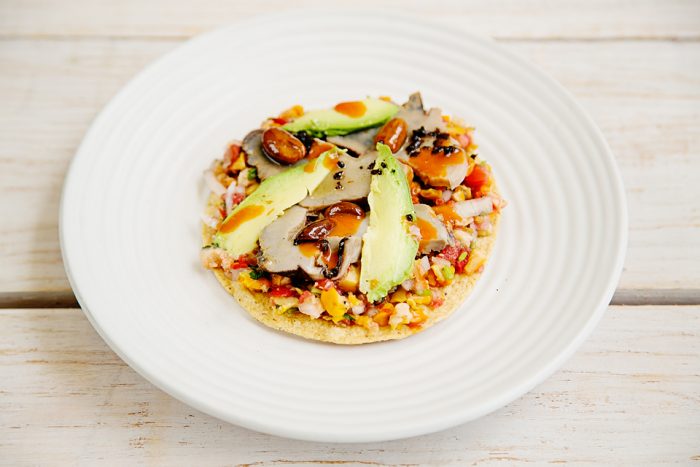 In 1976, I married my husband, Luis Eduardo. He was a teacher and his parents lived in Ensenada. So, we came out to visit and we decided to just stay and we started having our children My first son is Luis Eduardo, my second son is Luis Edgar and my third is my daughter, Mariana. With my family’s success, my children have been able to educate themselves with distinction. Mariana has a doctorate in physics and both my sons have engineering ​degrees. We still enjoy working together on the weekends. 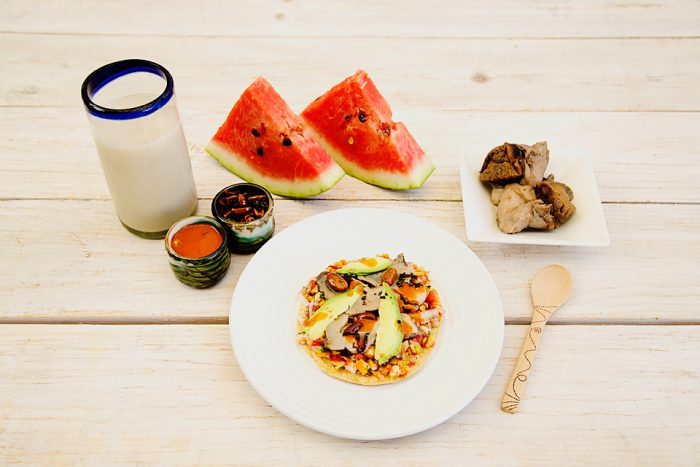 Living in Ensenada, I began to learn to cook fish and all the wonderful ingredients from the ocean. Slowly, I began to grow as a cook. In 2001, 25 years later, Benito Molina referred me to the media and my tostadas began to take-off. A few years later, I was endorsed by Anthony Bourdain and received substantial press from that relationship. Looking back, I think I made all the right decisions in my life. My children are very hard-working, like I am. I love them dearly. I have wonderful grandchildren and occasionally I bring my siblings to visit from Guerrero. We live very happy lives. 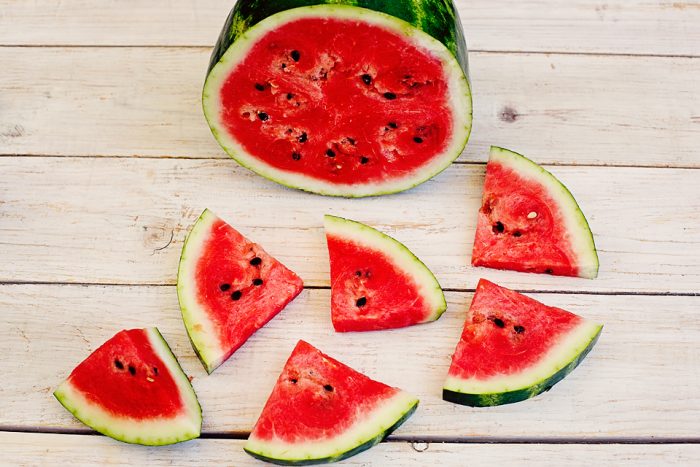 The Intelatin monthly podcast is produced by Sergio C. Muñoz. We are in our sixth year of production showcasing the contributions of Latin American individuals in the United States. The work of Intelatin has been featured in Studio 360, ReVista – the Harvard Review of Latin America, LACMA, Los Angeles Times, LA Weekly, Art Center College of Design, Poder Hispanic Magazine, Latino Leaders Magazine, PBS, the Inter American Dialogue, America’s Quarterly and over a dozen publications in Latin America. Special thanks to Latino Rebels for their support. The photography for this feature was shot by Cintia Soto for Intelatin. Please connect with the project at MXCNAS.com The hashtag for this project is #MXCNAS.