As you know by now, Conan O’Brien is doing a show from Mexico City on March 1. And as excited as we are for seeing this show become a reality, when Conan’s team announced that it will have former Mexican president Vicente Fox on it, we sighed and did a major frowny face. Of all the Mexicans who are now living in Overexposed Land, Fox is at the top of the list. Yeah, we get that Fox keeps telling Donald Trump that Mexico won’t pay for the “F*CKING WALL,” but after Fox’s initial comments went viral (close to a year ago), he’s quickly become that drunk uncle at your holiday dinner who keeps saying the same thing over and over and over again. We get it.

Also, don’t get us started about Fox’s attempt to rebrand himself as the United States’ Go-to Mexican. It’s getting old, and if Conan and his team are serious about trying to introduce U.S. audiences with more original voices who actually go beyond Fox’s same old rants, here are five booking suggestions:

Mexico’s version of the Onion has fooled many of our friends and we could easily see this biting social satire page do some Mexico-U.S. news, Deforma style. For example, didn’t you all know that Trump has already resigned after Sunday’s protests in Mexico?

Mexico’s Jon Stewart now has an HBO gig. This kind of writes itself.

Mexico’s political cartoon magazine can easily be featured, no? We all love and understand cartoons, right? Do we really need to explain this cartoon below? 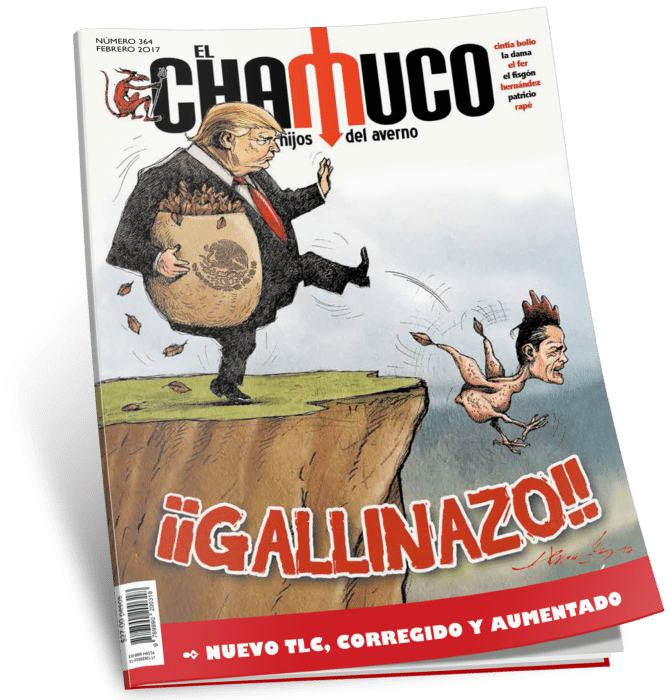 He may not be everyone’s taste, but we can easily see El Escorpión Dorado making a Conan appearance and Conan interacting with him.

If Conan is looking for American talent based in Mexico, look no further than Joe T. Hodo, the Texas oilman character who has caused a stir for a few years. And Mr. Hodo HAS experience on Mexican television.

(Thanks to Gregory Berger for his suggestions as well as those of our fellow Rebeldes.)