Is Trump Really Down for the Count? Don’t Get Comfortable Because He’s Only Just Beginning 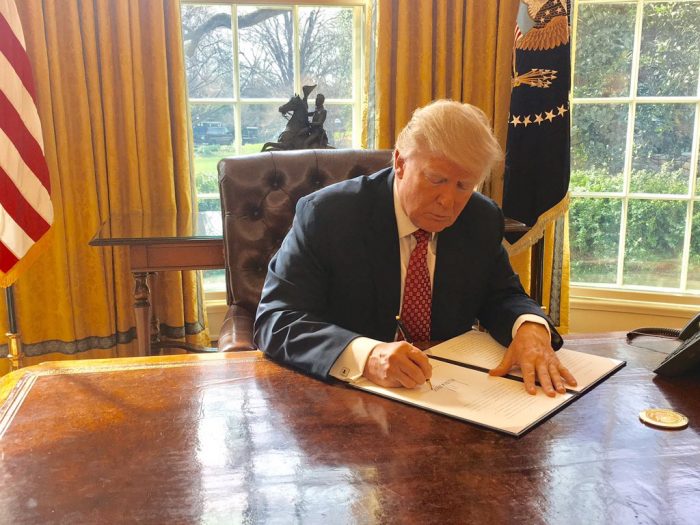 Originally slated for repeal on the anniversary of Obamacare, the Republican health care plan started Thursday on life support and as predicted by some, within 24 hours the plug was pulled, or better stated, yanked from Washington’s political circles with a force rarely witnessed.

Health care reform is undoubtedly one of the largest and most difficult legislative issues President Trump could have taken on as one of his first major goals. Set aside the administration’s inexperience and incompetence, Trump had demonstrated an obvious inability to unify the country, political parties, Republicans and hell, even his own staff.

Moving forward, the most important thing to ask is this: will this humiliating defeat embolden the Democrats to leverage all this chaos into real political capital? Equally important is how Republican opposition within the party itself can exploit this, having exposed one of Trump’s inability to unify his own party and garner support for one of his biggest campaign promise, next to that of building walls of having Mexico pay for it (by the way, U.S. taxpayers are footing the bill.)

In less than 100 days in office, Trump is now faced with scandals of international proportions, dissension among supporters, internal leaks from within, doubt from the party he can deliver, increased pressure and opposition from Democrats and increasing distrust from more than half of the population of this country, not to mention historic low approval ratings at one point in March reaching below 39%.

So what’s next? It’s clear that Trump needs to resuscitate his presidency and like the bully in school who can’t get his way, he will most likely pick on others. Trump’s next big move will be to reaffirm his presidency, deliver results and then reinvigorate himself and the party. Can he achieve that by refocusing attention on Mexico, immigrants and of course, his stupid fucken wall?

The answer to that is obvious.

After all, what better way to pivot from such a big loss?

What better way to stir up a new wave of fear mongering and xenophobic hysteria if not by heightening an existing campaign already underway?

In late February, a slow and horrific regime of persecution in the U.S. streets started and was quickly overshadowed by the now-failed health care reform effort. So stay sharp and keep your ears and eyes open because here is what I think is next in Trump’s crosshairs:

Increased and Even Faster Deportations

This is in full effect, with all federal immigration officers now able to conduct “expedited removal” all over the country instead of the previous 100-mile radius rules that applied. Countless reports are flooding the news, social media and from person to person about the devastating impacts from the deportation of non-violent offenders and in some cases, detentions of among others prominent scientist, sports figures, U.S. citizens, and recently even a former police chief from of all places a Trump-supporting district in the Trump-supporting state of South Carolina.

ICE has already issued its first declined detainer report, already falsely playing with facts and making it seem that we are being run over by a criminal horde of Latin Americans. And what will Trump’s Victims Of Immigration Crime Engagement (VOICE) list reveal? Ironically, this program was ended by the Obama administration and recently revived by Trump. Known as Secure Communities (SCOMM), it’s an interior immigration enforcement program that checks the fingerprints of local and state arrestees against federal immigration databases. Brought back to support claims that immigrants are more responsible for specific crimes, but everyone who actually follows this knows that those claims are just not true.

Earlier this month, the Justice Department announced that it would move (temporarily, yeah right) immigration judges to six detention centers along the Mexico border in an effort to put Trump’s immigration plan into effect. This is being temporarily hindered by the continued challenges to Trumps executive orders more recently by the state of Hawaii. But even with all the challenges, the Trump administration continues to push this forward.

Return Them All to Mexico Regardless

DHS says that it will do this, no matter detainees’ country of origin. Mexico has emphatically rejected this plan but has certainly received a huge influx of deportees originally from Mexico. This, along with border security and the building of the “wall,” will be on the agenda later this year and maybe sooner than later.

This is another Obama repeal idea that is making a comeback. Turn local police into federal law enforcement officers. Many mayors are already saying this idea is just plain stupid and even legally questionable. This policy was mostly phased out by the Obama administration, and local states are fighting it again. California is a one of the states leading this battle, as the SB 54 bill is being considered.

The first round of interested bidders have started, with more than 500 companies slated to submit designs as early as next week. With more specifications to be disclosed in the coming weeks, many in the activist community are prepared to not only put pressure and boycott companies who participate in this process, but there are already rumblings of direct actions that will raise more awareness against the moral and financial stupidity of a wall.

Last month, Trump administration officials met with their Mexico counterparts, and the meetings did not go well. In a proposed plan to renegotiate NAFTA (a conversation slated for later this year) Mexico Foreign Relations Minister Luis Videgaray said a few days ago that Mexico is prepared to leave NAFTA and operate under the rules of the World Trade Organization, which could lead to some serious negotiation strength for both the Mexicans and the Canadians against the Americans. But there’s more: not only will ending NAFTA be catastrophic for U.S. farmers, Mexican officials also hinted this week that could it possibly end discussion about the wall and border security.

Armando Gudiño is a political strategist and analyst based in Los Angeles. He is currently a Policy Manager at the Drug Policy Alliance’s Los Angeles office, where he focuses on Latino outreach strategies, public policy and drug reform legislation focused on issues of mass incarceration, taxation and regulation of marijuana, and drug policy in the Latino community.