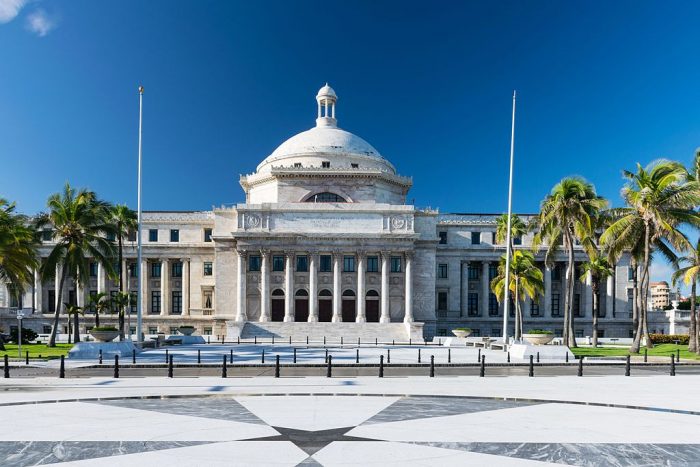 “Puerto Rico is open for business!” proclaimed the island’s new governor Ricardo Rosselló during a media tour this previous week. In coming weeks, Rosselló will kickstart a private investment summit where the government will auction off massive public private partnership projects, mortgaging everything from highways to hospitals and schools. In fact, the governor’s first signed law, was a revamping of Puerto Rico’s public private investment law, now allowing investors to cherry pick areas they wish to buy up without having to wait for a formal request for proposal.

For the rest of this tiny U.S. territory of 3.5 million people, things are not as hopeful. Taxes and the cost of living have increased radically during the previous decade. Rosselló squeezed through the 2016 elections with a campaign criticizing the alleged 90 taxes allegedly imposed by the previous administration. Ironically, with a little more than two months in office, Rosselló has already proposed 91 more taxes, according to his critics. In what seems to be a race to see who can squeeze more out of Puerto Rican taxpayers, a small group of American investors and bondholders are in the lead.

For them, Puerto Rico is a magical land where the local legislature approves laws that exempt foreign millionaires from paying taxes, and where city governments hand over public lands for the construction of large pharmacy chains. U.S. corporations are wearingly excised only 4% (compared to the stateside 35%), with talk of corporate tax hikes considered blasphemous among policymakers. The government will even subsidize hiring and will invest millions in public infrastructure to accommodate new private shopping malls.

Since 2014, vulture fund investors also started gobbling up discounted bonds at pennies on the dollar with hopes to cash in at 100% of their price. For decades, bond investors in general have reaped big time on the local bond market, having gobbled up billions in debt and breaking municipal bond records. Puerto Rico’s bond markets were bustling with its triple tax exemption, constitutional protections that assured that debts are paid before teachers and doctors, and commission rates up to nine times higher than the norm. Not to mention, bonds did not require ballot approval from voters, like elsewhere throughout the United States.

When the Puerto Rican government began showing signs of teetering on its debt payment, vulture funds and other investors successfully lobbied for the imposition of a Federal Control Board with sweeping powers to assure that debts are paid. Its members, examples of the revolving door of government finance, include ex-central bank directors who accumulated much of Puerto Rico’s bond debt and former executives from some of the banks that profited from the island’s bond emissions. The board director, in fact, holds at least a quarter million dollars in bonds.

An independent audit commission recently reported that up to $30 billion that may have been emitted illegally, much of which by the questionable circumventing of constitutional caps on borrowing. Morgan Stanley was also fined by the Financial Industry Regulatory Authority for selling bonds at “unjust and unreasonable” prices, as were 13 brokers for violating Securities and Exchange Commission (SEC) regulations. Last year, the SEC also fined UBS $15 million for misleading mutual fund investors and downplaying risks. Nevertheless, Rosselló’s legislative delegation has threatened to revoke the audit’s enabling law, stating that branding it as unnecessary. Similarly, one board members stated that “here the responsibility of paying the debt is of Puerto Rico’s government. It there is something that is out of line, it’s the government of Puerto Rico that has the responsibility to deal with that.”

Meanwhile, the Board continues to hack away at public services, ordering massive cuts to ensure debt payments. There is little that the Puerto Rican people can do about the matter, with the U.S. Supreme Court striking down last summer the island’s ability to legislate restructuring tools or levy new taxes on big box department stores. As a territory the island has no sovereignty, as it does not have the ability to participate in international organizations, ship most of its products on non-U.S. ships, or negotiate foreign trade deals. But not only does Puerto Rico lack the powers of sovereign country, as a U.S. territory it also lacks the presidential vote, congressional representation, and other tools taken for granted by the 50 states. Though it has an insular local government, the Federal Control Board calls the shots, with veto power over ay local legislation. Puerto Rico is in a stink, floating in limbo with no solution in sight.

Under the normal circumstances of any other Latin American country, Puerto Rico would be a hotbed of civil unrest. Heads of state have been ousted for much less, as miners in Bolivia blew up highways with dynamite, Ecuadorians set fire to tires and Venezuelans march by the millions. But in Puerto Rico’s case, the escape valve is found in a $90 plane ticket stateside. Over 89,000 islanders have emigrated in mass in 2015 alone, bleeding the island of workers, professionals and revenue.

But as bond holders clamor for even more cuts and residents continue to jump ship, profiteers are making a killing off of the misfortune of others. The resulting exploitation, in turn, is the modern version of gold mines and sugarcane fields.

Luis Gallardo is a municipal legislator from Puerto Rico. He has an MPA from Valdosta State University and a JD from the University of Puerto Rico. You can connect with him at @LuisGallardoPR.