Surviving Hurricane María: Life in Puerto Rico After the Storm 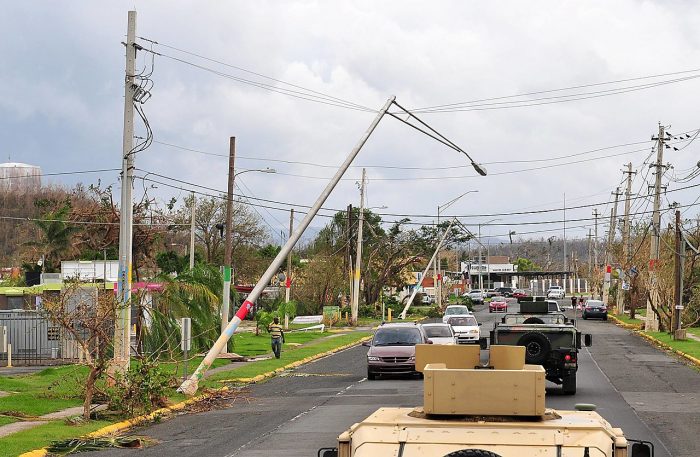 SAN JUAN, PUERTO RICO — There is only one word that can describe Puerto Rico at the moment.

Yet despite this, the residents of this island territory in the beautiful waters of the Caribbean are resilient. This natural disaster, the worst storm to hit us in close to 100 years, has brought out two different types of people. Neighbors who were isolated because of technology and daily life have become reacquainted with one another. But there’s also those who have decided to take advantage of the crisis, or because of their desperation, have turned to crime.

Looting has occurred and, even today, there were unconfirmed reports on the radio of looters at the warehouses of a well-renowned supermarket in the San Juan metropolitan area. But solidarity has also thrived. Neighbors share food and electrical generators with one another. Once known for some of the worst driving in the United States, with no street lights, drivers have been more careful and taking precautions while out on the road.

For the very first time in my life, Puerto Rico has been turned into a “police state,” with a curfew from 7:00 PM to 5:00 AM. The government says it has arrested around 50 people for violating the curfew, but evidence suggests that policemen in the streets have been ignoring the curfew. There are reports of citizens sleeping in cars in front of closed gas stations, hoping to be able to acquire the precious fossil fuel come morning, and neighbors in Bayamón move willingly at night with no police presence stopping them.

Aside from the massive gas lines forming in front of gas stations, there are also the long lines forming on major roads in the San Juan area. But instead of wanting to purchase goods, these fellow citizens line up to find the few areas where a cell signal and internet can be accessed.

Life, as Puerto Ricans knew it, ended on September 18, 2017. Hurricane María left 3.5 million American citizens disconnected from the rest of the world for 24 long hours. Only two radio stations managed to broadcast during the emergency, WAPA Radio and WIPR. News organization were incapable of being reached, and the governor decided to address the citizens of the island by personally going to WAPA Radio.

Even though most major roads have been cleaned, the sight was vastly different. Trees, street lights, and power lines blocked many roads, and many (if not all) coastal areas around the island had been heavily affected by Maria’s storm surge.

Florida Senator Marco Rubio came to island Monday and expressed his intent to help out in the recovery of the island. Not just of the current María crisis, but those damages caused also by Hurricane Irma, and the hurricane of the fiscal crisis that has plagued Puerto Rico for the last decade. President Trump said he would be here next Tuesday. 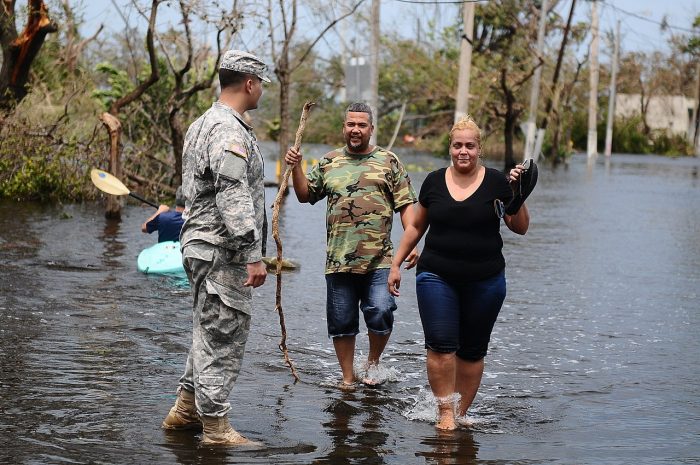 A Puerto Rico National Guard Soldier helps a couple getting away from the flooded areas in Condado, San Juan, Puerto Rico after the path of Hurricane Maria. (Photo by Sgt. Jose Ahiram Diaz-Ramos/PRNG-PAO/Public Domain)

The federal government must now decide if they want to be like the estranged neighbors who have found solidarity in the crisis or be like the looters who are stealing from stores and San Juan warehouses. Congress must decide: does it help and rescue 3.5 million American citizens or will it aid the vultures who wish to continue to loot the island territory of Puerto Rico?