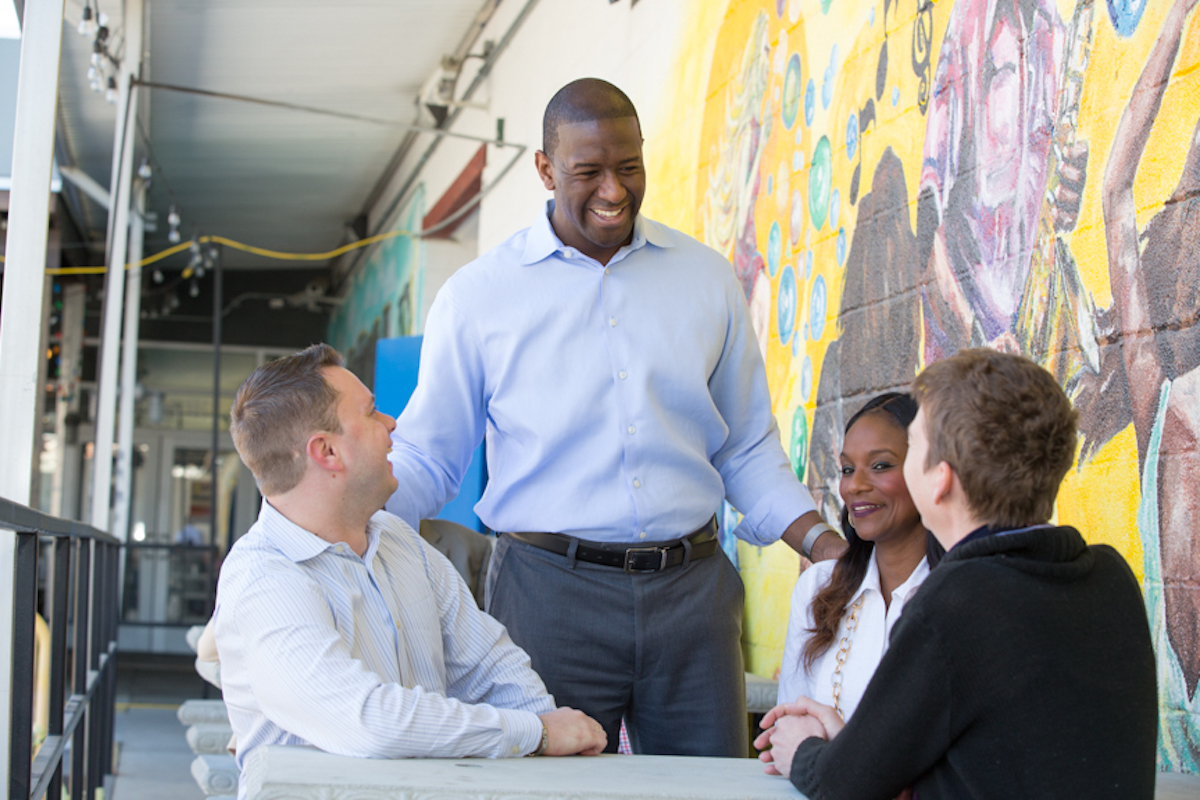 Growing up in a working-class, immigrant family in the state of Florida taught me one thing: Republican leadership in the state has not been good to Floridians.

My family emigrated to Florida in 2001 as we fled economic uncertainty in Argentina. We initially stayed with my dad’s sister in New Jersey, but soon relocated to Florida after my dad found a construction job in Miami.

We ended up overstaying our tourist visas and were left undocumented for over a decade. My parents worked hard to make a good life for themselves. My mom cleaned houses and my dad started a small but successful remodeling business.

Unfortunately, hard-working people like my parents have been held back by relentless attacks from the Republicans who hold power in Tallahassee. Two decades of GOP control have resulted in the dismantling of the Department of Labor, slashing of environment regulations, defunding of Kidcare, attacks on labor unions, stagnant teacher salaries and infringement on a woman’s right to choose.

Florida’s minimum wage sits at $8.25 an hour, 45% of Florida’s households qualify as poor and 36 Florida counties have lost jobs since 2007.

In the wake of Trump’s election, it seems like these year’s midterm elections will be a transformative moment for the state. Florida Democrats have won several competitive special election races across the state, and progressive groups are fired up and energized. All signs seem to indicate that the GOP’s one-party rule of Florida is coming to an end.

The election for Florida governor is perhaps the most important race in the state, alongside a life-changing ballot initiative that would restore voting rights to 1.5 million Floridians who have been disenfranchised due to prior felony convictions.

The last time Florida had a Democratic governor was in the late 1990’s, when Lieutenant Governor Buddy MacKay succeeded Lawton Chiles following his death in 1998. MacKay would go on to be soundly defeated by Jeb Bush, which began a winning streak for Republicans occupying the governor’s mansion that has devastated our communities and our environment.

Florida Democrats have repeatedly lost gubernatorial elections by doubling down on the same formula—picking a safe, white, centrist candidate who they believe will appeal to centrist Democrats, independents and moderate Republicans, but who promises little that would upend the status quo.

Buddy MacKay in 1998, Bill McBride in 2002, Jim Davis in 2006, Alex Sink in 2010 and the ultimate mistake by Florida Democrats, nominating previous Republican governor Charlie Crist as their candidate in 2014, have resulted in two decades of defeat.

We have a chance to try a radically different strategy in 2018.

Tallahassee Mayor Andrew Gillum is running a bold and progressive campaign for governor that embraces the black and brown voters that statewide campaigns by Democrats in Florida have ignored and taken for granted in the past.

Medicare for All. Abolishing ICE. Fighting the NRA. Investing $1 billion on education. Restoring voting rights for those disenfranchised. Ending stand your ground. Cleaning Florida’s waterways. Legalizing marijuana. $15 minimum wage. Those are the popular progressive stances that have allowed Gillum to surge from fourth place to first in a crowded field of five candidates. He’s the only one among them who isn’t a millionaire or billionaire.

Gillum was born in Miami, where his mother drove a school bus and his father was a construction worker. He was the first in his family to graduate college and he went on to become the youngest person in history elected to the Tallahassee City Commission, before later becoming mayor. As mayor, Andrew developed a thriving economy, beat the gun lobby in court to protect common sense reform and stood up to President Trump and Governor Rick Scott to defend immigrants.

We have a chance to make history in November by electing Florida’s first black governor and radically change politics in the state. Early voting is now, and election day for the Florida primaries is August 28. Get out there and vote for Andrew Gillum.

Thomas Kennedy is the Political Director for FLIC Votes. He tweets from @Tomaskenn.