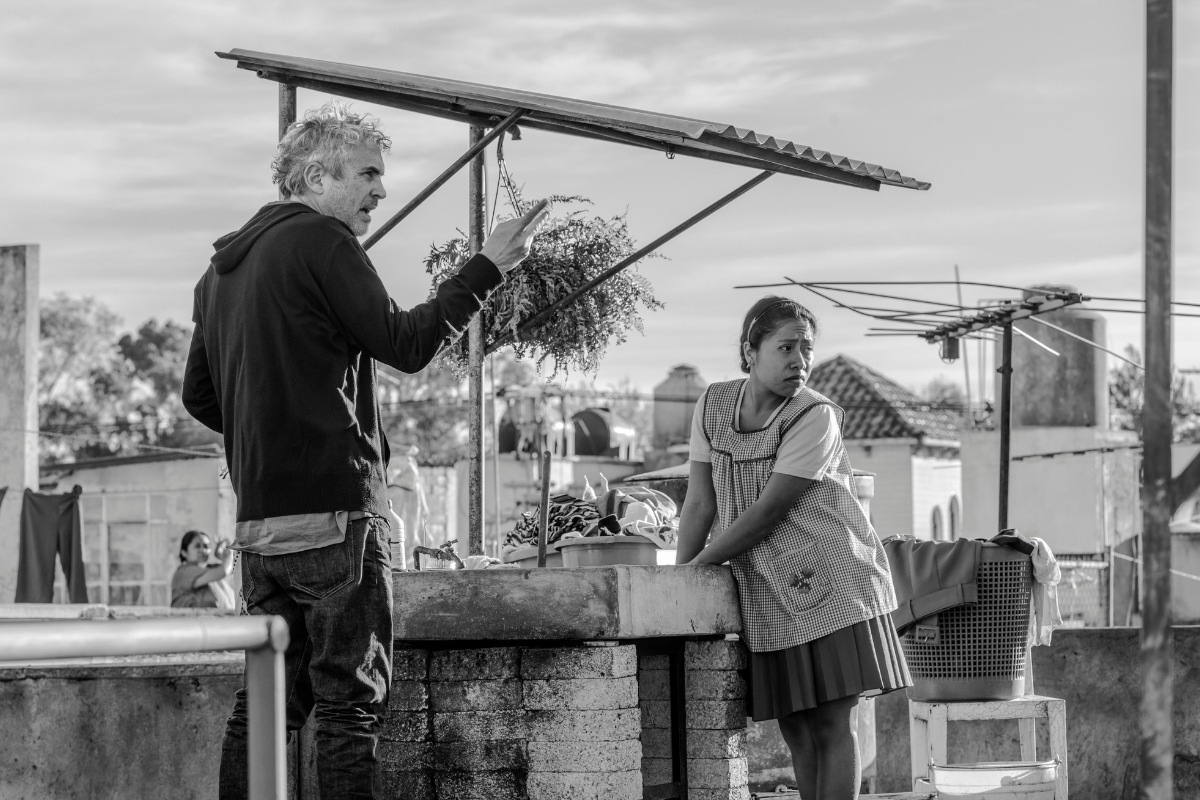 Roma is Alfonso Cuarón’s most personal film to date. Inspired by his own childhood growing up in Mexico City, the two central characters in the film are women: Cleo, an indigenous domestic worker and Margarita, Cleo’s employer and a middle-class single mother of four. Cleo is played by Yalitza Aparicio, a woman from Oaxaca who was finishing training to be a preschool teacher when she was cast in the role. She had never acted or heard of Cuarón before working on the film. Yaltiza’s electrifying performance highlights the general absence of films starring indigenous actors, even in Mexico.

The film is shot in black and white, which feels like a departure from most images of Mexico City that feature the city’s pastel-colored buildings. There is no score and all of the sound and music in the film comes from within the scene. The result is a film that feels so immersive, you feel like you are plopped right into 1970s Mexico City.

Alfonso Cuarón sat down with Maria Hinojosa to talk about the role of women in his life and what it was like to grow up in the racially divided and politically violent Mexico of the early 1970s. Roma is out in theaters and will be on Netflix on December 14.