The Latin American lens is a complicated beast. We Latina/os in the U.S. should want to be able to understand the way of Life of our sister countries but our American “educations” did not reveal the truths of settler colonialism, the African diaspora, the complexities of the numerous Indigenous cultures in the Americas or of the dynamics of Mother Nature. We remain ignorant until we watch a two-hour film called Pájaros de verano (Birds of Passage) and we are asked to attempt to understand the storyline and the character’s manifestations of generational trauma.

Birds of Passage is a downward spiral story that begins when a man breaks his culture’s traditions to fund a dowry. But upon reflection, the dowry was an impossible target for a suitor in that specific culture. What other way was there to gain? In the span of 20 years in northern Colombia, the protagonist betrays everybody near to him, except his wife and children. In doing so, he sets off a karmic chain that offends the spirits of the ancestors. The traditions of the culture that were once built on beads, birds, goats and cows become ruined by guns, alcohol and money.

With us at Intelatin are the filmmakers, Cristina Gallego and Ciro Guerra. This is their fourth collaboration. Their previous films are Embrace of the Serpent, The Wind Journeys and Wandering Shadows.

The storyline that is told is similar to one we witness in the United States when the Indigenous cultures are mentioned. These are stories of decimation and erasure. This story, which ends in the 1980s, does not leave the viewer with hope for the future progress of the people. But, the Wayúu culture has an estimated 300,000 individuals living present-day in Colombia and Venezuela. 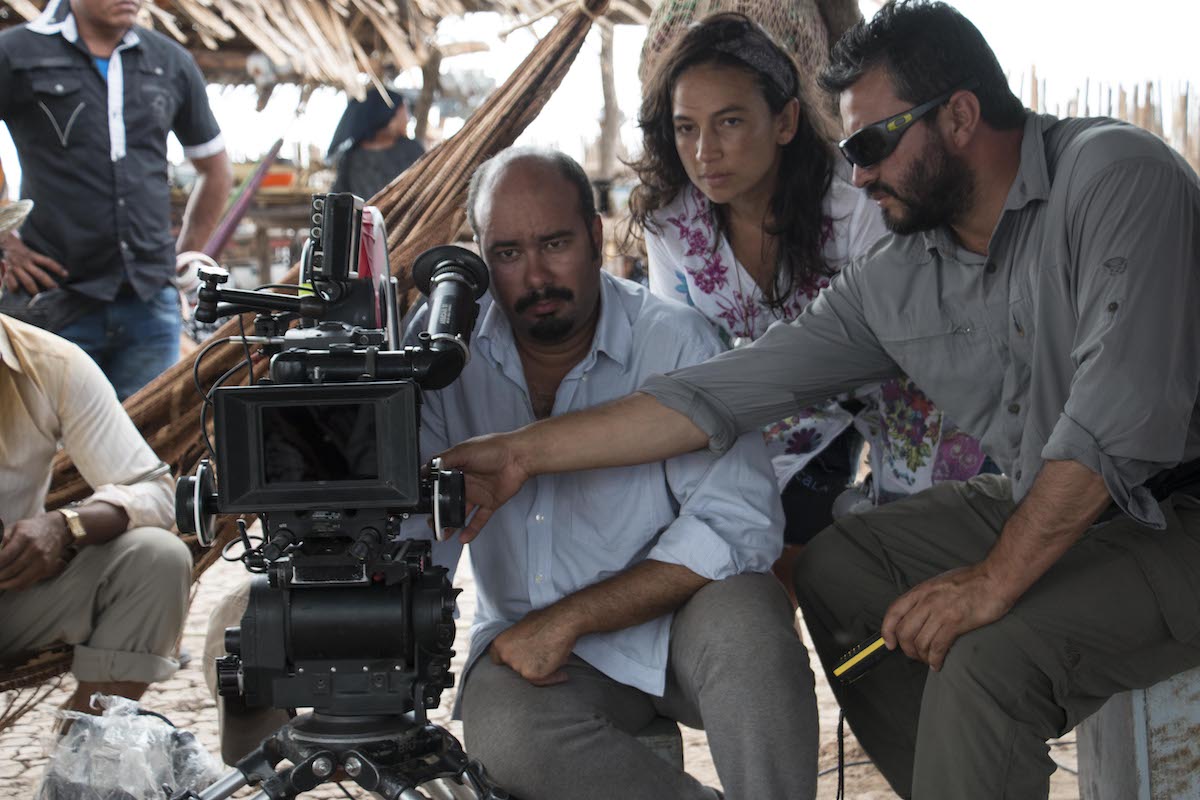 Q: If Birds of Passage is the first contact that most “Americans” will have with the Wayúu culture, what role does your film play in that introduction?

Q: Is there a way for the ancestral way of life of the Wayúu to thrive?

Q: In the film, representatives from the U.S. Peace Corps finance the downward spiral of the protagonist. And all of the characters become puppets for this money. What role did the United States play in the decimation of the traditional Colombian cultures? And, Is this still happening today?

Q: The spiritual ancestors of the Wayúu engage in quantum entanglement with those living in the modern era, whose idea was it to bring this layer to the film?

Intelatin produces and provides this knowledge production for Latina/os in the US to connect them with their root Latin American culture. This is our ninth year of production. We know that the U.S. educational system, both political forces and the mainstream media willfully obfuscate and distort this knowledge. Intelatin has no financial sponsors or support and is not paid for our contribution to your wisdom. Sergio C. Muñoz, the owner of Intelatin, makes the effort at his expense because he cares about you and your health and happiness. To connect with the producer, please send a note to smunoz (@) intelatin (dot) com