Puerto Rico’s ‘Summer Revolution’ Is Not About Political Status (OPINION) 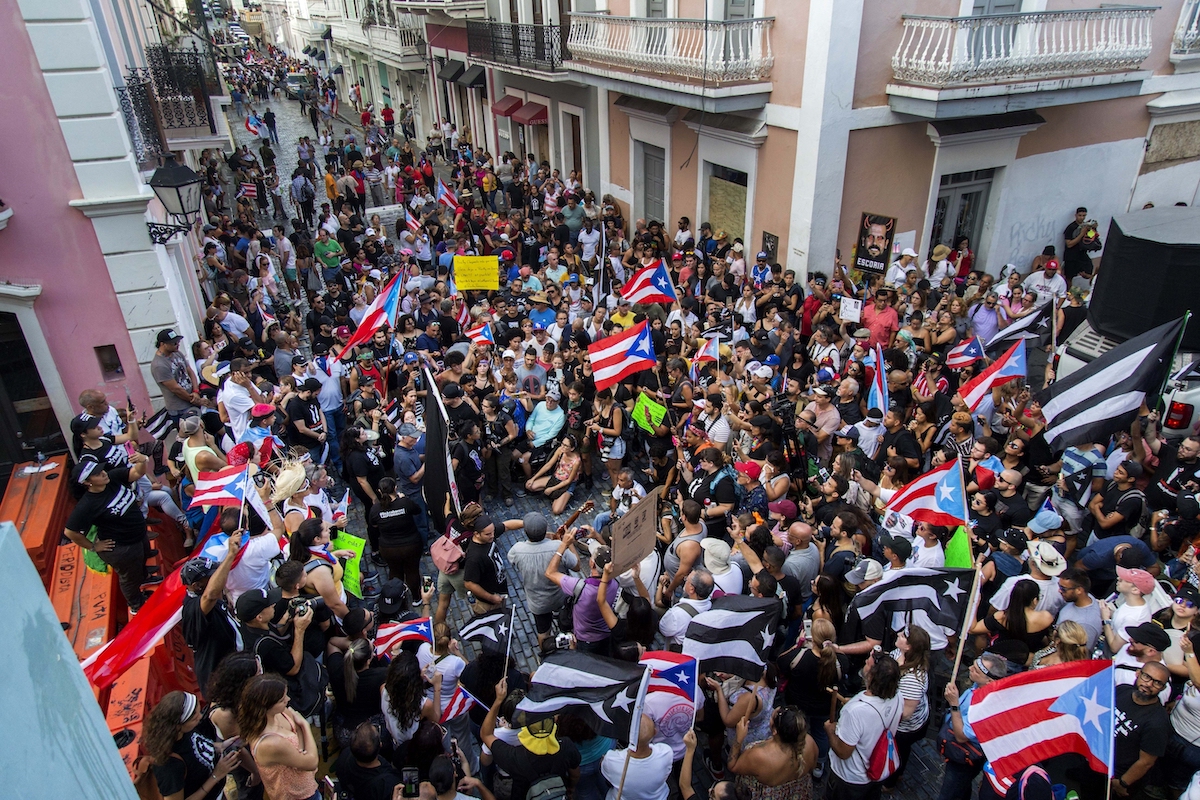 Since the revelations of corruption appeared, now known in the mainland as #RickyGate or in Puerto Rico as #TelegramGate, Puerto Rico has seen 13 days of nonstop, mostly peaceful protests, resulting in what will be the likely resignation of governor Ricardo Rosselló on Wednesday, July 24.

This past Monday, conservative estimates place around 600,000 American citizens marching against corruption. I estimate almost 1 million, but the amount of protesters isn’t important.

The rallying cry of the protests has been corruption. The idea that a mafia-like government came to power, fooling most of us pro-statehooders that went out to vote for him, has been the main rallying point of the entire Summer Revolution. Foul language, homophobic and misogynistic language used by government officials in the chat are reasons to protest but the most important reason is the corruption that it has unveiled. The sharing of confidential information with private citizens that had no legal right to have access to said information and have used said privileged information to gain contracts for a third party that turns around and pays them a percentage of the earnings is a sophisticated level of corruption—one that has been evolving in the island.

It’s unfortunate that the wrong message has been sent to the States, and to the international media. In the case of such huge movements like the one we’re seeing develop and making history in Puerto Rico, different people from different groups have been coming together.

That means the entire spectrum: from far-left nationalists, who implement black block strategies similar to the ones by Antifa in the mainland, to very conservative pro-union folk, to people like myself, a pro-statehood libertarian.

Symbols matter, and when the far-left nationalists have taken down U.S. flags and burned them, they have been criticized, and in the case of the big protests led by René Pérez, also known as Residente, a group of pro-union protesters tried, unsuccessfully, to stop a flag being burned in the Plaza de Armas. Many of my fellow pro-statehooders who have actively joined the protests have spoken about feeling uneasy every time symbols of far-left nationalism arise. But that hasn’t stopped us from letting our voice be heard, because we understand that the goal, what unites us with the rest of Puerto Rico right now, is the fight against corruption that has been destroying our society and taken us down the rabbit hole.

Without the support of the pro-union groups and citizens, the entire movement would have been limited to a few, very vocal far-left nationalists whom are the usual suspects. There have been protests in heavily pro-statehood municipalities, like the one that happened in Guaynabo, outside of the building where the governor met with the few politicians in the Legislature and mayors that still support him. Pro-unionists like Olga Tañón, Benicio del Toro, Gigi Fernández and Mark Anthony have also spoken out demanding the governor resign from his post.

But let’s be clear, this isn’t a movement being led by any particular group or leader. These internal confrontations between factions are bound to happen in this new age of citizen activism in the island. At the end of this process, politics in the island will have been transformed permanently and that is a good a thing.

As a libertarian, I’m happy to see the spirit of liberty and personal responsibility shining bright. Our rights as citizens —from free speech to owning a gun— are important, and in a society that is very traditional, Puerto Rico is finally standing up for its rights and saying “no more” to politicians who lie with promises that they know will never be kept.