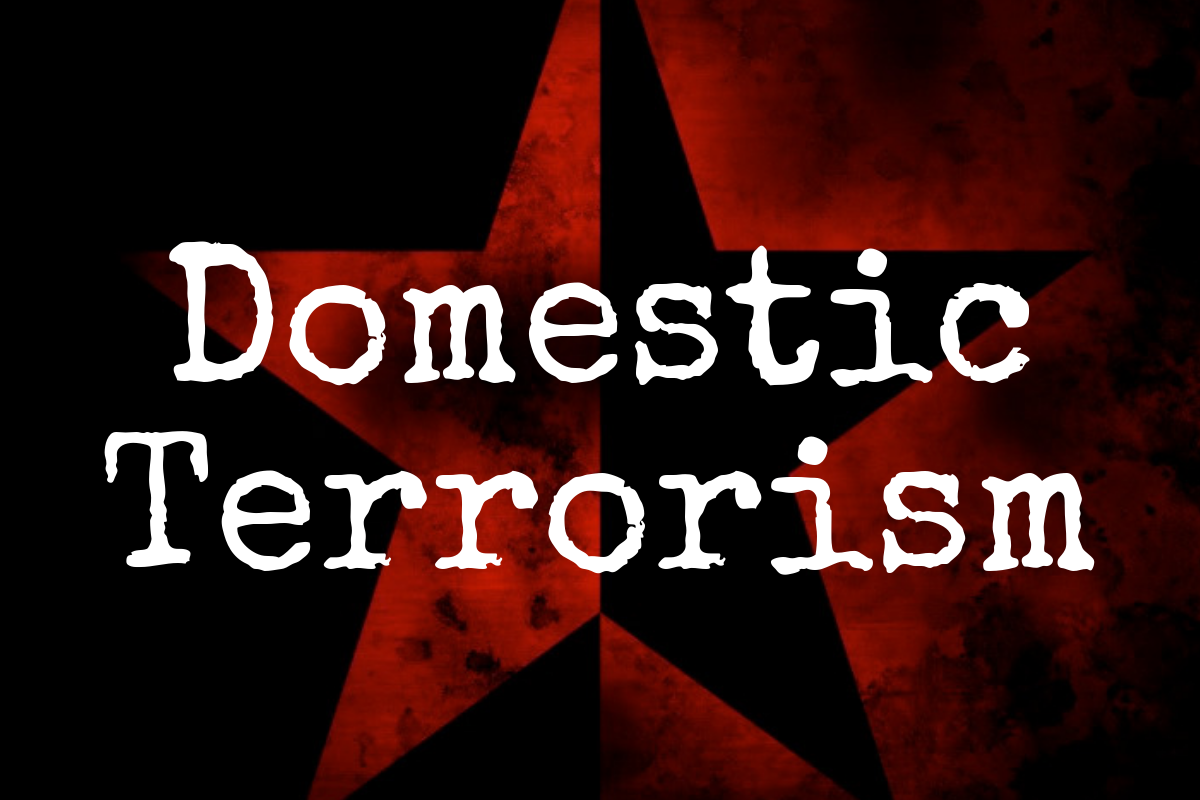 Mass shootings continue to occur at alarming rates. While gun control is part of the issue, the focus must now shift to the radicalization of white men online. It’s not a coincidence that terrorists are increasingly expressing extremist views bolstered by the rhetoric of far-right conservative thought leaders and politicians such as Donald Trump.

Much of America is becoming aware of the driving factors behind many of the recent domestic terrorist attacks. Beginning last week in Gilroy, where the shooter expressed his disdain for Latin Americans and Silicon Valley. Views that are becoming more and more common online via websites such as 4Chan, 8Chan, Stormfront, and many others. We see comments on social media and in the comments sections of Breitbart, Fox News, and One America News echoing the words of Donald Trump.

When the attack in El Paso occurred, most of America started connecting the dots between the two incidents. The Texas shooter’s manifesto made these motivations clearer for those who haven’t been following or paying attention to the driving factors behind this hate.

“I could draw a straight line from the manifesto, that we believe at this point that the shooter wrote, and the talking points of the President. Many of those lines in the manifesto, in my opinion, could’ve been written by the White House Press Office,” Richard Parker wrote in the New York Times.

For the last two years, I have spent a good portion of my time monitoring, documenting, and reporting many of these extremists. By creating “sockpuppet” accounts on websites that radicalized white men frequent, I have been able to gain access to many other dark corners of the internet. These are places where shooters aren’t just receiving training on the best way to commit acts of terror, but where modifications to weapons of war are made available.

When I read the Christchurch shooter’s manifesto, I immediately knew where and how he was radicalized. The El Paso shooter’s manifesto, much the same. Both of these, along with many others, simply regurgitate all the same rhetoric. They become emboldened when they hear the same hateful language coming from the occupant of the White House, which spreads in online forums like wildfire. Many terrorists attach their own meaning to his language which echoes their own words.

“In general, I support the Christchurch shooter and his manifesto. This attack is a response to the Hispanic invasion of Texas. They are the instigators, not me. I am simply defending my country from cultural and ethnic replacement brought on by an invasion,” the El Paso terrorist wrote.

Language like “invaders” being used against asylum seekers who are legally coming to the United States has become all too common. Again, it’s not a coincidence that we hear the same language coming from Donald Trump. He’s being schooled by Stephen Miller, who is all too familiar with not just the language, but the people who commit these acts of terror. Miller is the key architect behind trying to reshape America by limiting legal immigration and preventing asylum seekers from coming to the United States. A large part of that strategy relies on demonizing immigrants of color, of which, Latinos have become the most prominent targets.

The propaganda adopted by Donald Trump comes directly from the mind of Miller and is similar to the rhetoric he has used prior to becoming Trump’s advisor. While at Duke University, Miller once accused Maya Angelou of racial paranoia and described the MEChA as a “radical national Hispanic group that believes in racial superiority.” Miller, like Trump, has a history of diminishing the voices behind civil rights movements. By accusing them and declaring racism is a non-existent threat, it allows racists to operate more freely and openly. A strategy that has been used for decades.

Many have rightfully seen fit to blame Trump for all of the mass shootings of the last several years. But, the radicalization of white men has been going on for much longer. Richard Spencer has been working on this front for more than a decade and claims to have coined the term alt-right. Many others have as well. Andrew Anglin, founder of The Daily Stormer (an American neo-Nazi, white supremacist, and Holocaust denial commentary and message board website that advocates for the genocide of Jews) considers itself part of the alt-right movement.

Before then, there was Stormfront, a website that expresses similar views to that of The Daily Stormer but has been around since the 1990s. Stormfront was established by former Ku Klux Klan leader and avowed white supremacist Don Black. Black was imprisoned in 1981 for his role in an attempt to overthrow the government of Dominica. Stormfront has become the subject of much controversy after Doug Hanks, a candidate for city council in Charlotte, North Carolina, withdrew his nomination after it was discovered that he had posted on Stormfront. Hanks posted thousands of comments including one where he described black people as “rabid beasts.”

While many of these sites are still online and the prominent voices of the white supremacist movement remain influential, much of the radicalization and training for domestic terrorists occur on message board sites like 8Chan. This new strategy of white supremacists has proven itself effective thus making recruiting much easier. As the propaganda continues to expand and spread online, it becomes normalized, giving those who hold these views comfort in knowing there are many more just like them.

Trump is helping normalize the rhetoric.

FYI, you can share all the stats and fact checks about how the President is wrong on this immigration speech, but it doesn't matter. Propaganda is effective. Trump, if anything, has been consistent on this issue since 2015. This is the #TantonNetwork running WH policy.

Trump’s influence on these hatemongers can no longer be denied. These are mostly white men who have already been radicalized and have been lying in wait for the right language to come from the right leader. That leader, to them, and for good reason, is Donald Trump. He initially began with the use of coded language but has since progressed to using the exact same words found on these extremist websites.

Now America finds itself in a place it has never been before and is unprepared to address the rise of domestic terrorists. The time has come for us to have a serious and uncomfortable conversation. This isn’t some far-off land where we can bomb terrorists. This is happening right here at home and our law-enforcement apparatus is entirely too fragmented to seriously address the problem. The infiltration of local police, border patrol, and ICE by white supremacists has been known for some time. The lack of action in this area is telling.

Not only have we, as a nation, failed to act in the past, but we now find ourselves in a position where many in the law enforcement community refuse to act. Our only hope to curb this problem is by the American people having a much-needed conversation and taking action. It’s on us to draw attention to the level of extremism in America and demanding lawmakers take action, whether Trump and Miller likes it or not. The time to end this hate is now.

Our first course of action is to demand that the Trump administration fund the infrastructure put in place in the final days of the Obama administration to prevent hate crimes. We must demand that the FBI take a more central role in monitoring the rise of extremism. There is no reason they can’t set-up accounts as I have to catch these guys in the act. Additionally, I encourage anyone who feels like they can handle the hate on sites like 8Chan to set up accounts and monitor them yourself and report any suspicious activity to the FBI.

Terrible shootings in ElPaso, Texas. Reports are very bad, many killed. Working with State and Local authorities, and Law Enforcement. Spoke to Governor to pledge total support of Federal Government. God be with you all!

We must also demand that prominent far-right voices like Mike Cernovich, who claimed to have received prior warning of the El Paso attack on Twitter, to report these warnings to the FBI as well. Cernovich admitted publicly that he was in contact with the El Paso terrorist’s sociopolitical network prior to the brutal attack and did nothing to prevent it. In his claim, he stated that Ali Akbar, another infamous far-right social media personality and one of the attendees at Trump’s social media summit, called him and “sounded insane.” He went on to say that Ali kept telling him to stay away from El Paso and that since he was a “good friend” he “let him vent, or so it seemed.”

Seems like someone who had prior knowledge of a mass shooting and who did nothing would be a prime person for the FBI to take interest in but hey who knows, I'm not a cop. pic.twitter.com/PqSX9ur4RO

In my two years of being present on these far-right sites, one thing became clear. None of these terrorists are lone wolves as many like to claim. They belong to vast networks of a sophisticated political movement that radicalizes, trains, and directs them to commit these acts of political violence. The effectiveness of the movement’s online organization is incredible, as has been repeatedly demonstrated. This fascist-type of movement has the ability to shape real-world events with some very real-world consequences.

It’s time to address the problem and tackle it head on.

Don’t allow people around you to spew the vile and hateful language of these far-right terrorists and extremists. We are on the verge of facing terrorist propaganda online that is the equivalent to the messages ISIS and other terrorist groups promote. If we don’t act and speak to the hate we see an hear, then we are failing our fellow countrymen in trying to stop it.

This is on us and we must call it out at every turn.