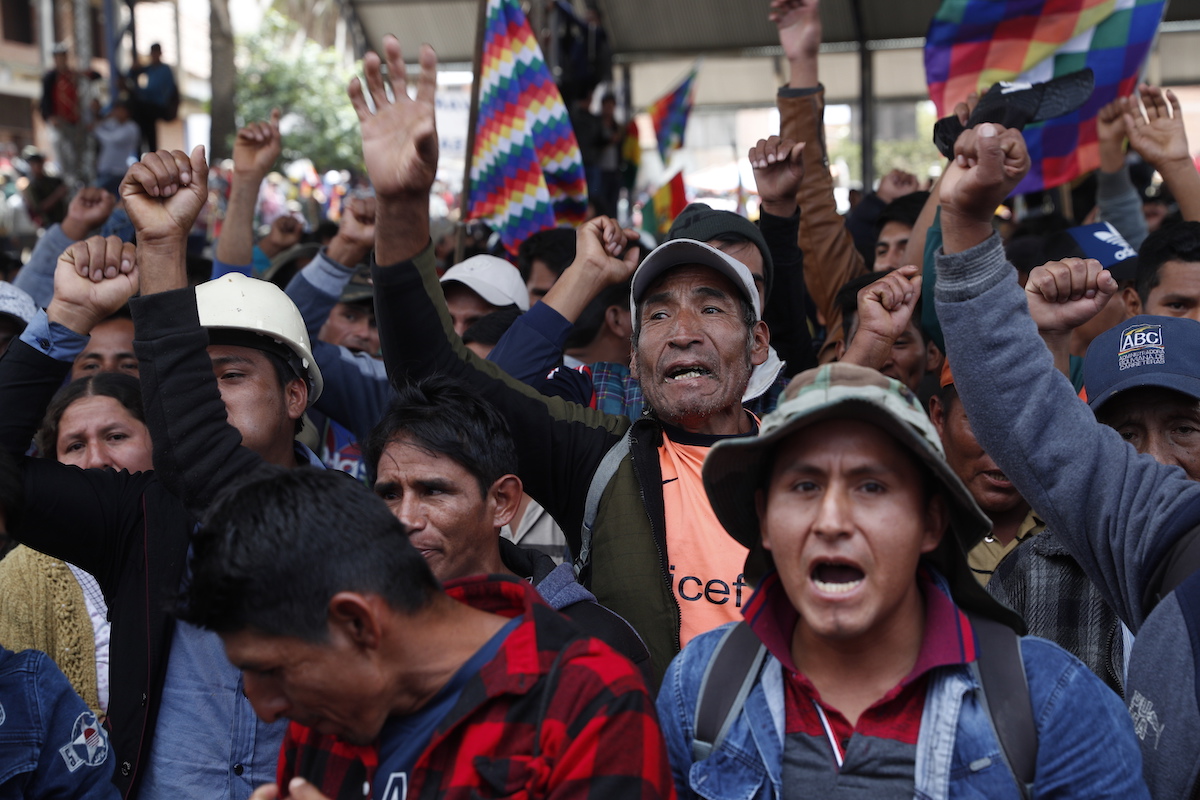 LA PAZ, Bolivia (AP) — Bolivia’s interim leader said Friday that Evo Morales will face possible legal charges for election fraud if he returns home, even as the ousted leader contended he is still president despite resigning after massive protests.

Interim President Jeanine Áñez escalated the confrontation with Morales on Friday, a day after she said he would not be allowed to participate in upcoming presidential elections meant to heal the Andean nation’s political standoff.

Morales stepped down on Sunday following nationwide protests over suspected vote-rigging in an Oct. 20 election in which he claimed to have won a fourth term in office. An Organization of American States audit of the vote found widespread irregularities.

On Thursday, Morales told The Associated Press in Mexico, where he has been granted asylum, that while he had submitted his resignation, it was never accepted by Congress.

“I can say that I’m still president,” he said.

Morales said he left because of military pressure —the army chief had “suggested” he leave— and threats of violence against his close collaborators.

“Evo Morales went on his own. Nobody kicked him out,” she said at a news conference. 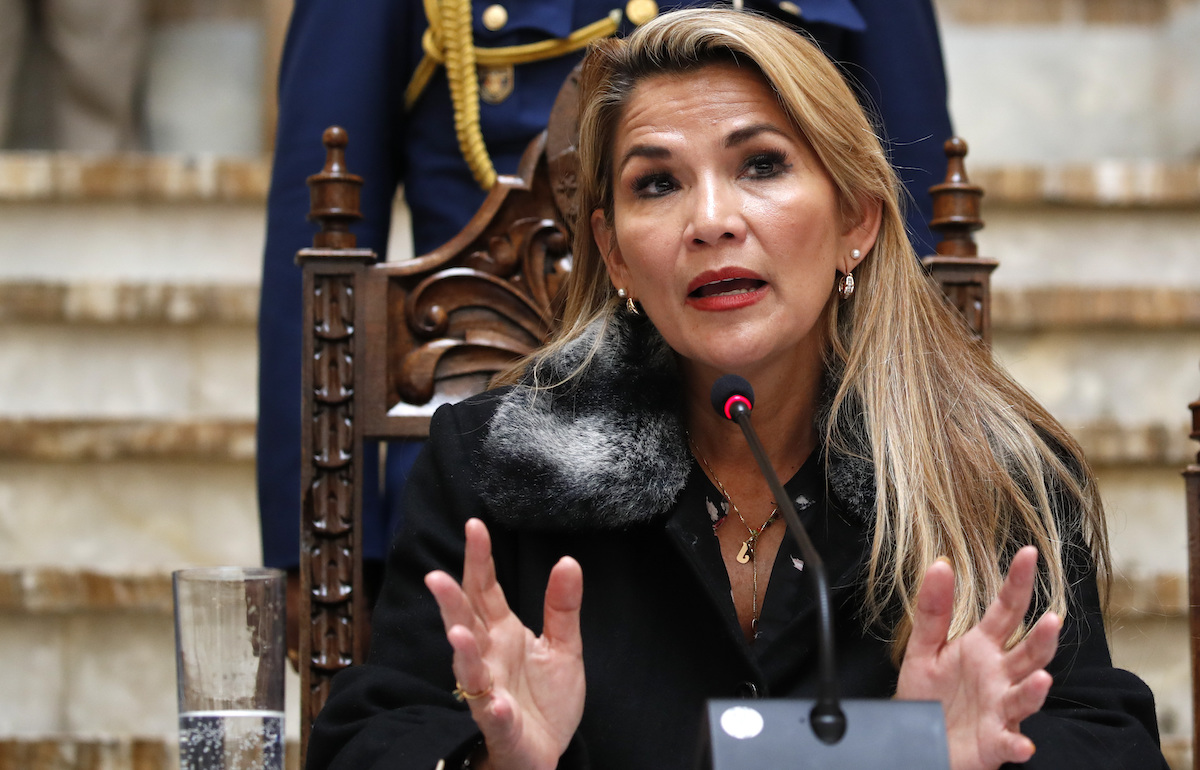 “He knows he has accounts pending with justice. He can return but he has to answer to justice for electoral fraud,” she added. “Justice has to do its work without political pressures.”

Supporters of Bolivia’s first indigenous president have been staging their own disruptive protests since his ouster, setting up blockades that forced closure of schools and caused shortages of gasoline in the capital.

“Evo: Friend, the people are with you!” shouted largely indigenous protesters in the town of Sacaba.

They had come overnight from Chapare, a coca-growing region where Morales became a prominent union leader before he became Bolivia’s first indigenous president. Soldiers blocked them from reaching the nearby city of Cochabamba, where Morales’ supporters and foes have clashed for weeks.

Many protesters waved the national flag and the multicolor “Wiphala” flag that represents indigenous peoples. They said they did not accept Áñez as interim president.

Áñez, the highest-ranking opposition official in the Senate, proclaimed herself president, saying every person in the line of succession ahead of her —all of them Morales backers— had resigned. The country’s Constitutional Court issued a statement backing her claim that she didn’t need to be confirmed by Congress, a body controlled by Morales’ Movement Toward Socialism party. 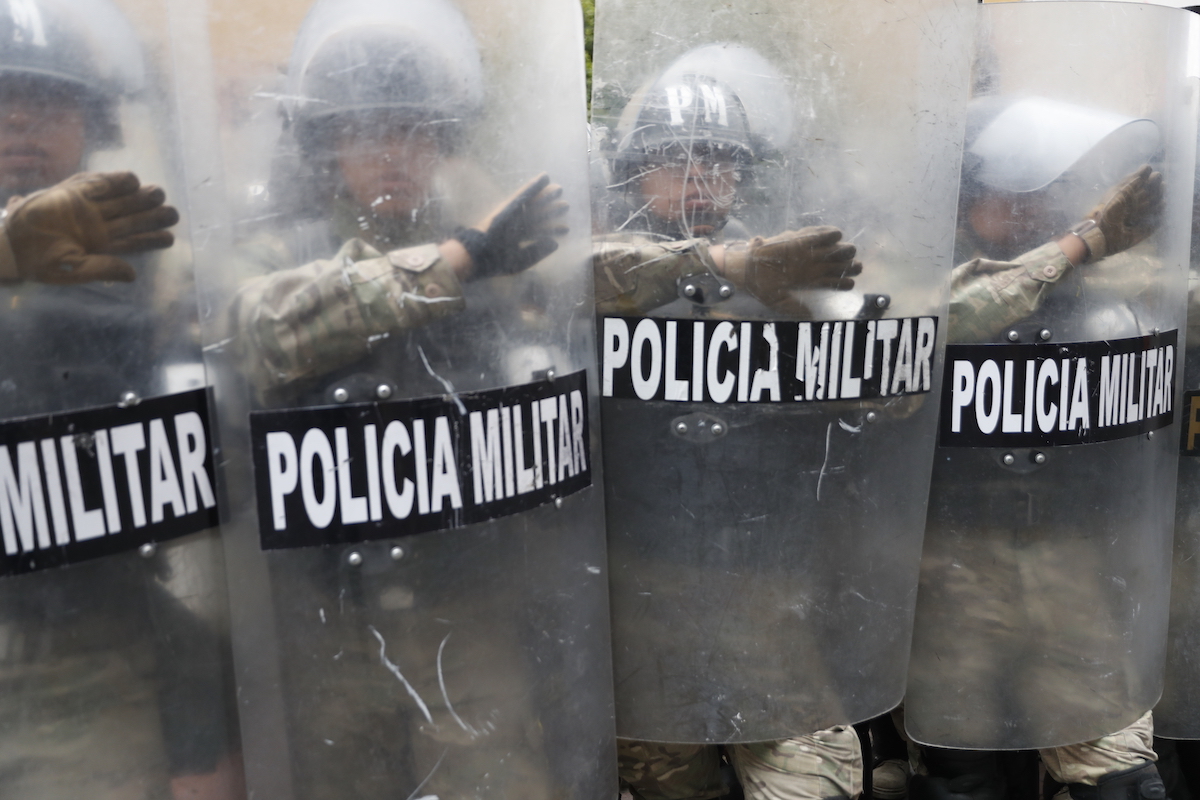 Much of the opposition to Morales sprang from his refusal to accept a referendum that would have forbidden him from running for a new term. In the wake of his resignation, it was unclear whether Bolivian election officials would have to formally bar him from running in a new election.

Morales’ party “has all the right to participate in elections, they can look for candidates,” Áñez said. But she ruled out Morales himself on Thursday.

Meanwhile, some lawmakers from Morales’ party and legislators from Áñez’s interim government said Thursday they had struck a political agreement to bring peace to the country and pave the road to a new vote in 90 days.

But Áñez said Friday that initial deal had failed, without giving details.

Morales had upended politics in this nation long ruled by light-skinned descendants of Europeans by reversing deep-rooted inequality. The economy benefited from a boom in prices of commodities and he ushered through a new constitution that created a new Congress with seats reserved for Bolivia’s smaller indigenous groups while also allowing self-rule for all indigenous communities.

Although some supporters became disenchanted by his insistence on holding on to power, Morales remains popular, especially among other members of his native Aymara ethnic group.