Two Speakers, One House: An Explanation of What Took Place in Venezuela’s National Assembly 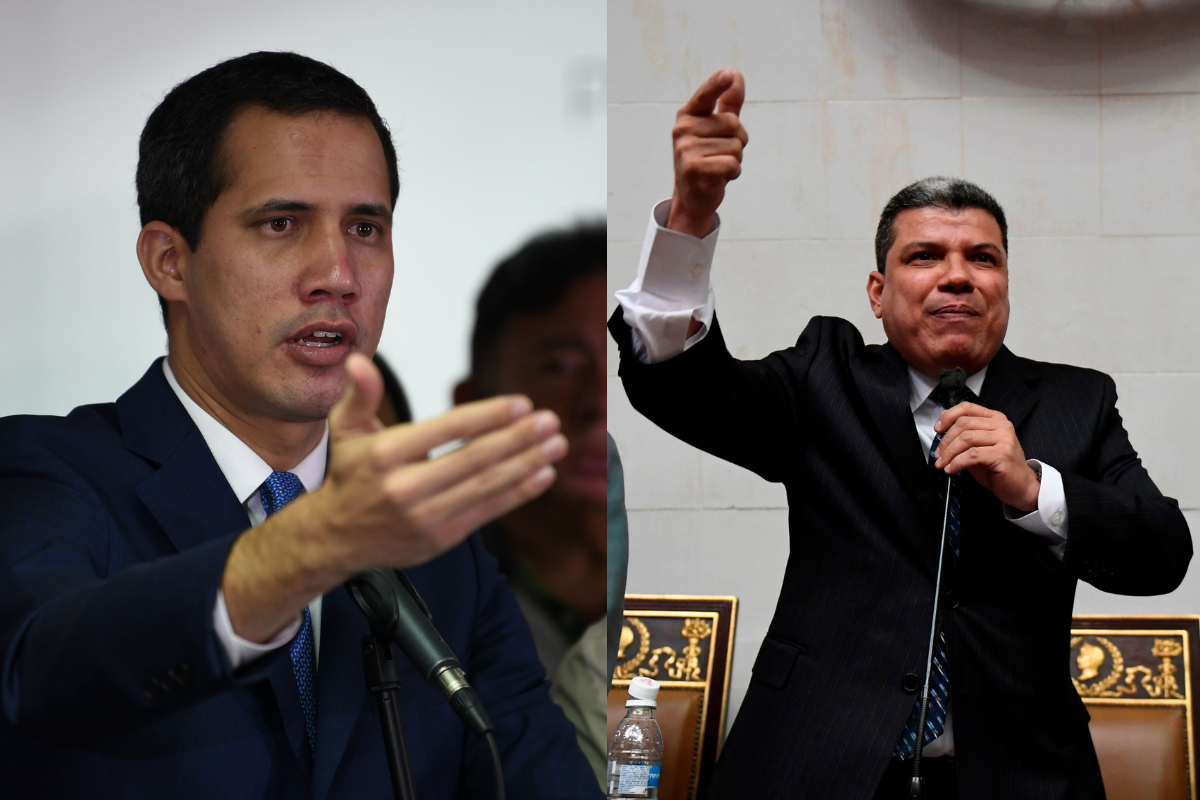 Last January, Venezuela’s opposition-led National Assembly caused a continent-wide turmoil by declaring President Nicolás Maduro’s government as “illegitimate” and Speaker Juan Guaidó as interim president. Months of tension mounted to a failed military uprising in late April followed by a months-long deadlock. Now on Sunday, the country’s legislature was again the center of a power struggle between Maduro’s supporters and Venezuela’s opposition.

Guaidó, a large group of opposition MPs, and members of the press were denied access into Parliament by the National Guard in what was meant to be the legislature’s first session of the year and Guaidó’s re-election bid as Speaker. While this happened, a group of 13 opposition deputies broke ranks from Guaidó’s camp and, with the participation of pro-Maduro deputies, elected Luis Eduardo Parra as the Speaker.

Parra, a representative of the rural state of Yaracuy who was recently expelled by his party on corruption charges, claimed that Guaidó didn’t attend because “he knew he didn’t have the support to be re-elected.” Parra and six of the dissident parliamentarians were reported last month to have connections with Alex Saab, a Colombian businessman close to Maduro’s government investigated by the U.S. Department of Justice for money laundering through the Venezuelan government’s housing and food aid programs.

One of the biggest controversies surrounding Parra’s election is the number of members participating. The country’s unicameral legislature is made up of 167 deputies with 84 needed for a quorum. The opposition makes up 112 deputies, with 49 facing trial, one in jail, one missing, and over a dozen living in exile who have been granted remote voting.

Meanwhile, there are 55 Chavista MPs who willingly abandoned the legislature in 2017 for being in contempt with Maduro’s government. Most of them were reincorporated last September to the House after reaching an agreement with some of the smaller opposition parties. Parra’s faction claims that he was elected by 81 deputies out of 150 in the chamber, despite no evidence of having done a roll call or formally starting the session. Follow-up news coverage has set the number to 140 deputies.

Maduro, meanwhile, was taking part in a friendly softball game between government officials and the armed forces to celebrate a new stadium in La Guaira, an hour north of Caracas. Maduro stated that there were talks with Parra to reach an agreement to pick a new National Electoral Council for the parliamentary elections, scheduled for later this year.

“I call on the Venezuelan people to get ready to win the National Assembly elections from now,” he said. “I went to the future, saw it and came back to tell you about it.”

Parra’s election as Speaker was swiftly rejected by the U.S. government, the European Union and the Organization of American States, who continue to state their recognition of Guaidó, along with a joint communique signed by 11 American nations, including Brazil, Bolivia Canada, Chile, Costa Rica, Colombia, El Salvador and Peru.

Congratulations to @JGuaido on his re-election to the @AsambleaVE! Arrests, bribes and blocking access to its building were unable to derail #Venezuela’s National Assembly. Only a transitional government organizing free and fair presidential elections can end the crisis.

Mexico and Argentina, whose current governments are regarded as more amicable towards Maduro than their predecessors, also condemned Sunday’s events while avoiding to directly comment on Guaidó’s status.

Meanwhile, Russia’s Foreign Ministry released a statement declaring that Parra’s election as Speaker was the result of a “legitimate democratic process.” Bloomberg had reported last week on an interview with Deputy Finance Minister Sergey Storchak, who claimed that his government was reluctant to assist Maduro while Guaidó remained head of the legislature.

After being unable to enter Parliament, Guaidó and other deputies were forced to an impromptu session in the headquarters of the El Nacional newspaper, where Guaidó was re-elected unanimously by 100 deputies, including a radical faction that had expressed beforehand its intention to abstain and protest Guaidó’s leadership within the opposition. He also announced that he would resign from his party to “completely focus on Venezuela’s freedom.”

In a Monday press conference at the National Assembly, Parra called Guaidó’s improvised reelection illegitimate since it was done outside the chamber and did not follow established norms. He reiterated that his intention is to “return to the Constitution […] to save Parliament from destruction.”

Regardless of Parra’s intentions, this is a big blow for Juan Guaidó and his allies both domestic and international— who have supported him since last January. This could bring a definite resolution to the stalemate between Chavismo and Venezuela’s opposition or —as apparent victories by Maduro have caused in the past— serve as a catalyzer for a united opposition to hit the streets and turn 2020 in another year filled with protests.

One response to “Two Speakers, One House: An Explanation of What Took Place in Venezuela’s National Assembly”