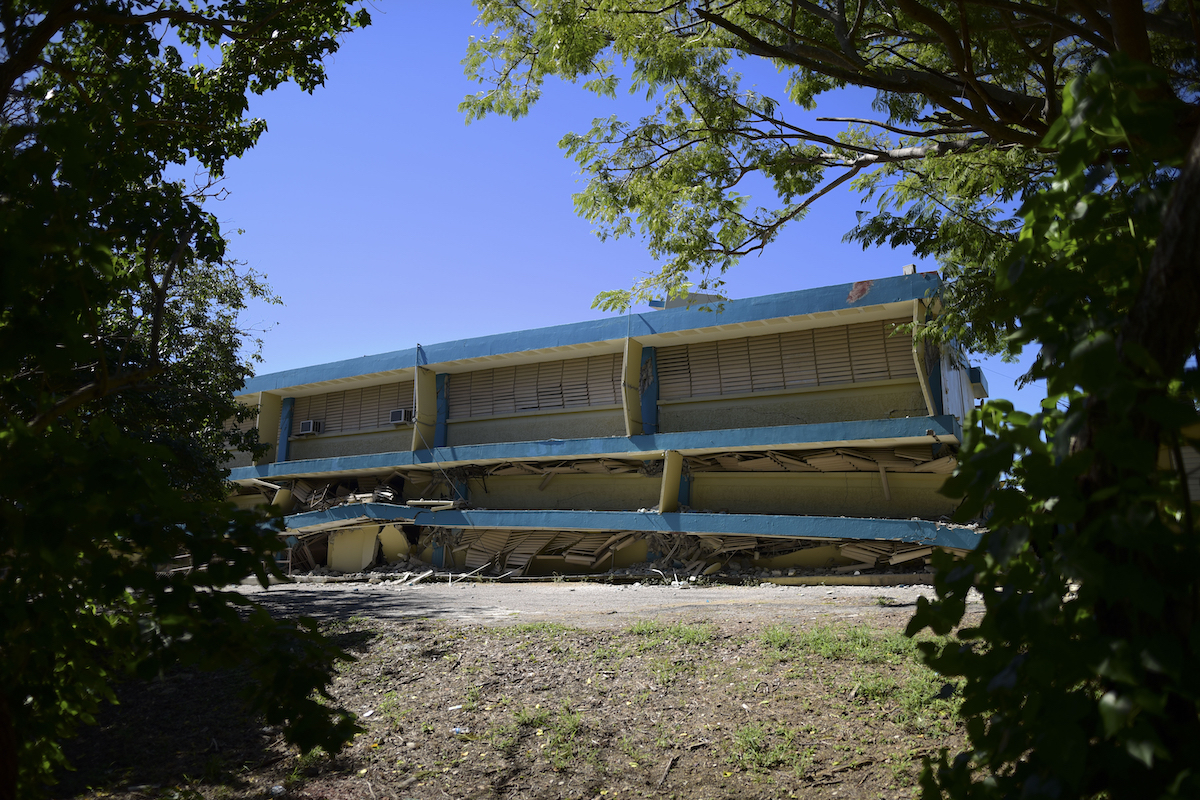 SAN JUAN, Puerto Rico (AP) — More than two years ago, Hurricane María revealed that Puerto Rico was utterly unprepared for a powerful hurricane despite its location in one of the world’s most storm-vulnerable regions.

Now, a flurry of earthquakes topped by a magnitude 6.4 temblor that killed one person and damaged hundreds of buildings has many accusing the government of being caught unready again.

“It proved that Puerto Rico is not prepared for a seismic movement,” said Nazario Lugo, president of the island’s Association of Emergency Managers. “The government has to be proactive, and we saw that was not the case until they were up to their neck in water.”

Lugo, a former emergency management director for Puerto Rico, told The Associated Press that the government didn’t activate its emergency command center until the day after the largest quake hit, breaking with protocol.

This drew comparisons to Hurricane María of 2017, which devastated the island and caused thousands of deaths. Critics said it caught the local and federal governments with limited supplies on an island with poorly maintained infrastructure and led to a delayed response stemming from a lack of communication and organization. 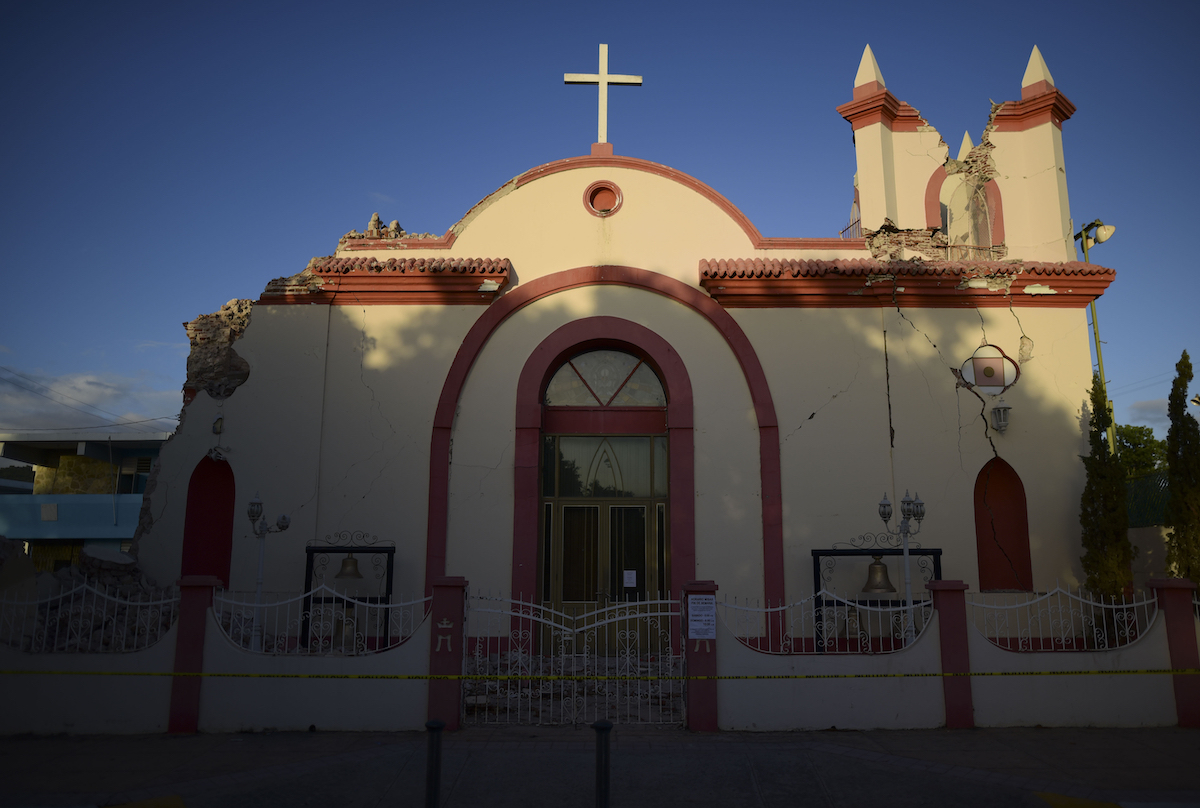 A flurry of hundreds of small quakes began hitting Puerto Rico on December 28, and a magnitude 5.8 jolt that toppled a famed rock formation landmark struck on January 6, Three Kings’ Day, a major holiday on the island.

“The first day, when toys were being handed out, they should have started a process to activate the emergency plan,” he said.

That didn’t happen until Tuesday’s 6.4 earthquake hit before dawn. It knocked out power to the entire island, collapsed several homes and schools and cracked bridges. Many living along the southern coastline were left without water service and more than 4,000 people sought refuge in government shelters.

While many Puerto Ricans were surprised, scientists were not, including Christa von Hillebrandt, former director of the island’s Seismic Network and manager of the National Oceanic and Atmospheric Administration’s Caribbean tsunami warning program.

“For decades, scientists and people like me have been informing and alerting communities and the government of Puerto Rico of the physical threat,” she said. “In the past 30 years, seismic conscience definitely improved in Puerto Rico, but not much action was taken…. You would see some improvements, but some critical areas did not receive sufficient attention.” 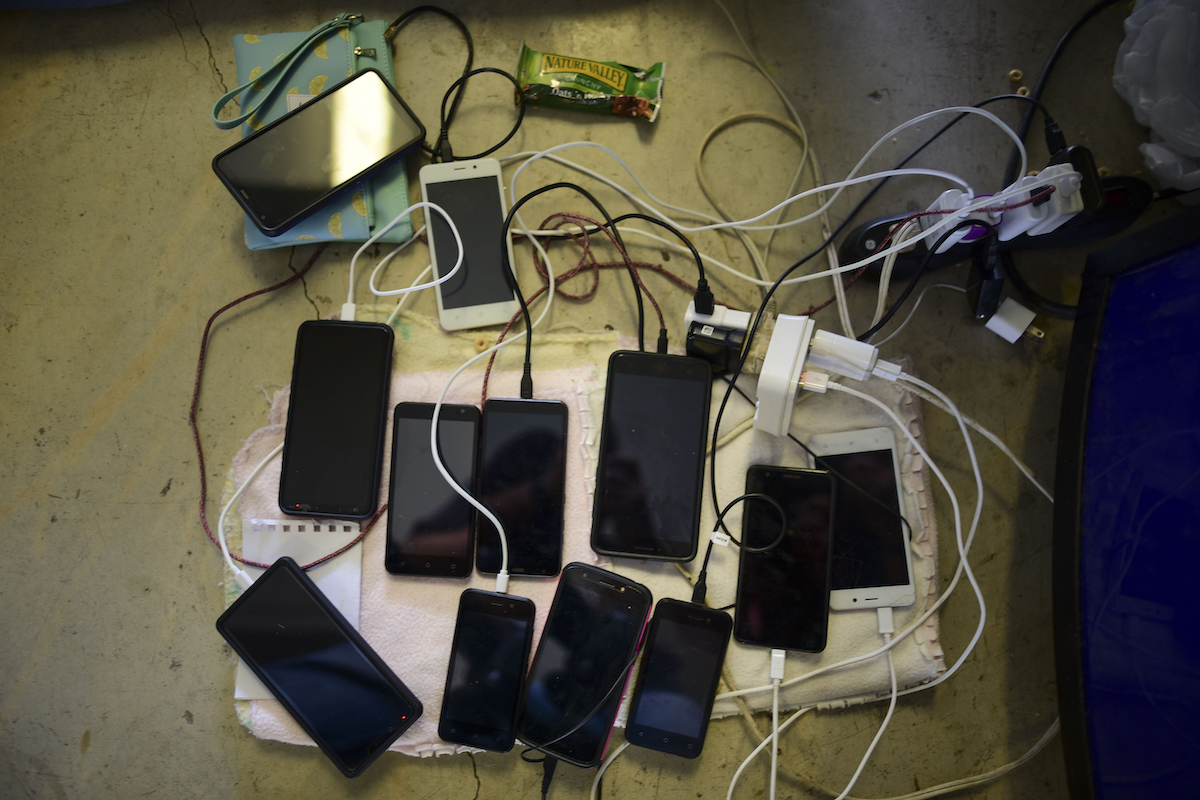 Cell phones sit to charge with the use of a generator, at the Bernardino Cordero Bernard High School which was serving as a shelter for residents whose homes became unsafe to live in after the previous day’s magnitude 6.4 earthquake in Ponce, Puerto Rico, Wednesday, January 8, 2020. (AP Photo/Carlos Giusti)

Just days after the natural disaster, emergency management Director Carlos Acevedo acknowledged to reporters that the government had yet to complete a plan that dictates protocol for when an earthquake hits the island.

Juan Alicea, president of Puerto Rico’s Society of Professional Engineers, told the AP that he received a draft of the plan only on January 5.

“I see that as a failure,” he said. “We all have to assume our responsibilities.”

Acevedo did not return messages for comment and has insisted that Puerto Rico is prepared in case another big quake strikes.

Von Hillebrandt partially agreed with that assessment, noting that local officials had identified all tsunami risk zones by 2003 and completed evacuation maps in 2015. By 2016, all coastal communities in Puerto Rico were certified as being ready for a tsunami.

Jeff Byard, with the U.S. Federal Emergency Management Agency, said he is extremely pleased with the post-quake operation.

“I cannot commend the commonwealth enough for the proactive nature that they’ve taken providing the initial resources, the initial support,” he said.

More than 1,280 earthquakes have hit Puerto Rico’s southern region since Dec. 28, more than two dozen of them magnitude 4.5 or greater, according to the U.S. Geological Survey.

Given that activity, Alicea said it’s extremely worrisome that some 200,000 homes across Puerto Rico are not built to code, as evidenced by the damage caused in recent days.

“If we don’t take action, this is going to cost us a lot of money and a lot of lives,” he said. 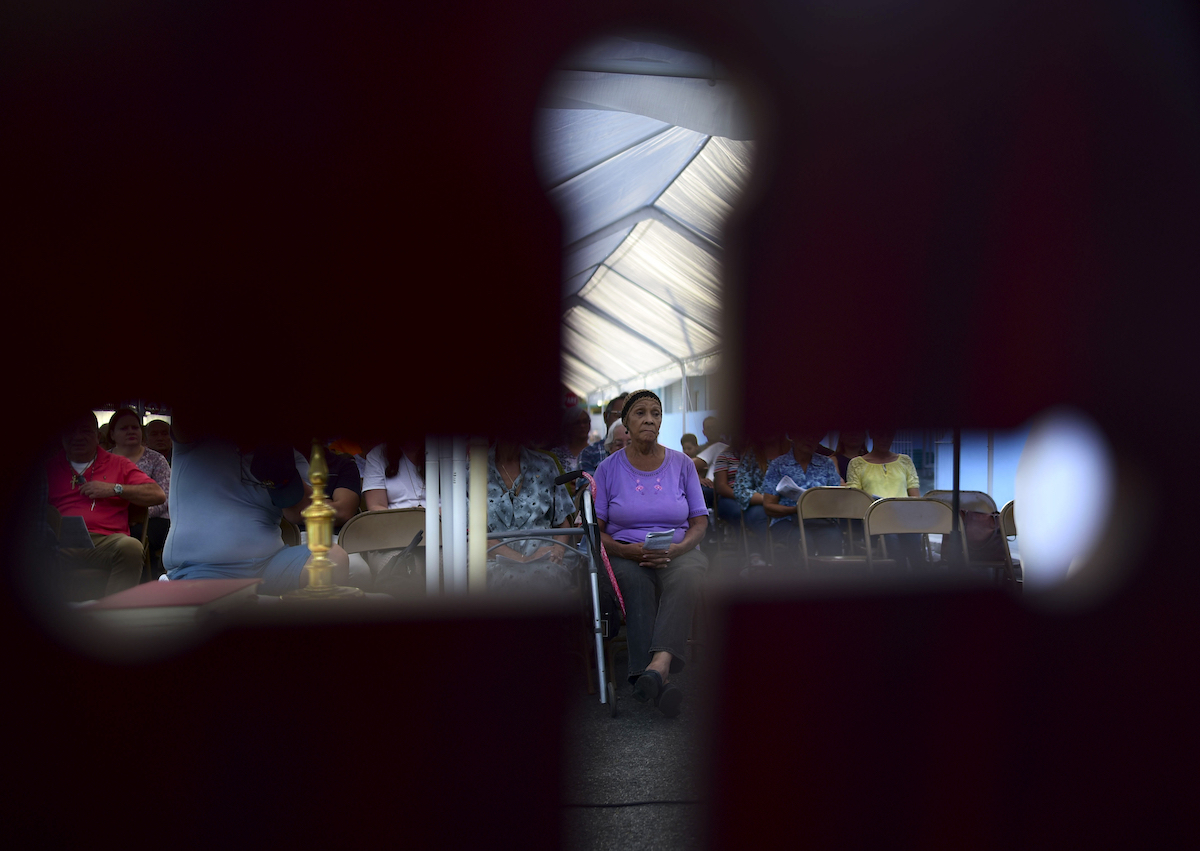 Also of concern is that some 500 public schools across Puerto Rico were built before 1987 and don’t adhere to new construction codes, placing students at risk, according to Alicea. He said the government has invested money to bring many other schools up to date, but the remaining ones are not built to withstand earthquakes.

Tuesday’s quake flattened several schools and damaged an estimated two dozen overall, forcing education officials to postpone the start of classes by two weeks and only open schools that have passed inspection. Government officials have said they are identifying the most vulnerable schools and creating a plan to strengthen them, a process that could take months and cost between $1 million and $5 million per school.

Meanwhile, people like Nancy Torres, 58, vow they will not return home until the shaking stops.

She was sleeping in a small, four-door compact car with her husband in the front and their 21-year-old son crammed in the back. Her father-in-law had built the house where they were sleeping when the earthquake hit, and she doesn’t trust it.

“I couldn’t even get up from my bed,” she said of the day the big quake struck, adding that if she goes into the home, it’s for very brief periods. “I can’t even take a proper shower.”