From Latino USA: ‘Sanders, Biden, And The Latino Vote’ 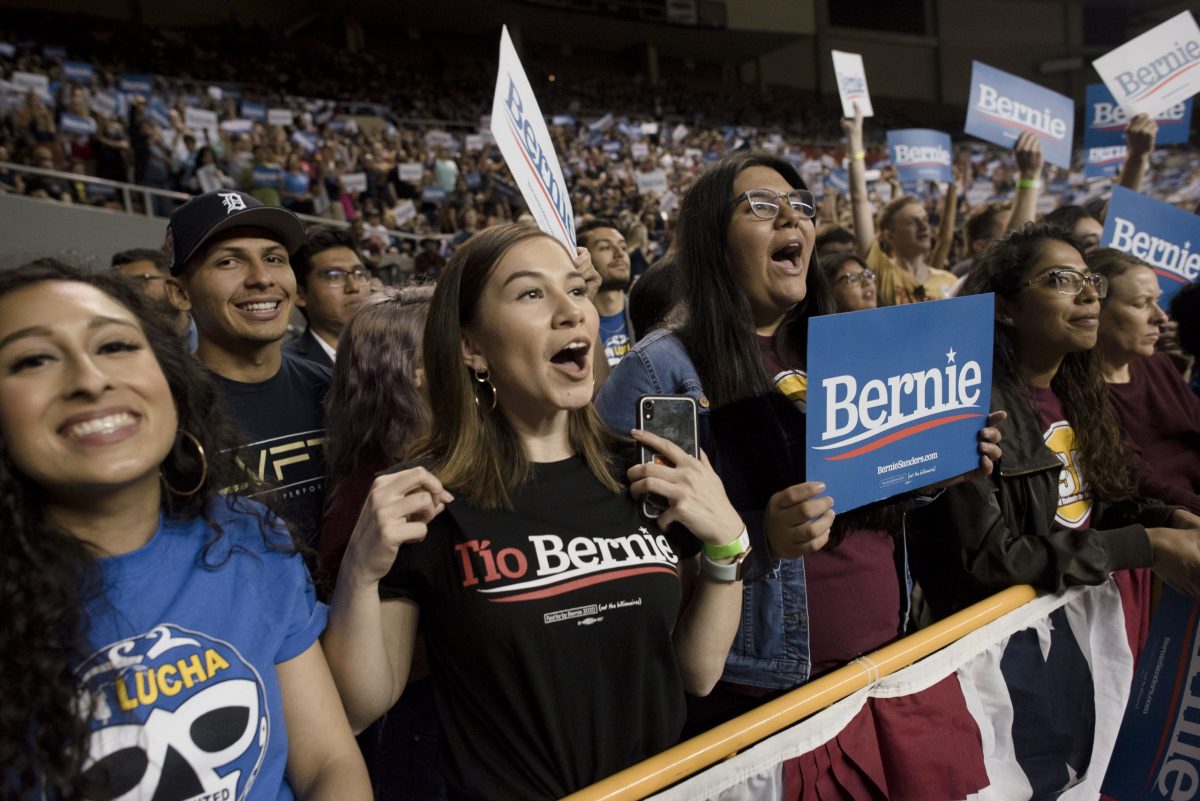 The Latino electorate has long been considered a sleeping giant in U.S. politics. But if we’ve learned anything from the Democratic primaries so far, it’s that the giant is very much awake and making its presence felt in the 2020 presidential elections.

Increasing population size and rising voter turnout have turned Latino voters into a force this year. An unprecedented 32 million Latinos are projected to be eligible to vote in the 2020 presidential elections. The sheer size of this group makes it the second-largest voting bloc in the country. Voters in these communities have made a big difference in the Democratic primaries, not only in heavily Latino states like California and Texas, but also in less diverse states like Iowa.

Senator Bernie Sanders’ campaign has been aggressive in pursuing Latino votes this year. After being beaten out by Hillary Clinton among these voters in 2016, Sanders redesigned his strategy, hiring campaign staff from East L.A. and South Texas and making stops in often-forgotten communities. These efforts have paid off, and Latino voters are credited with keeping Sanders in the race after the Democratic field suddenly narrowed to a two-person race.

Meanwhile, Vice President Joe Biden, who re-emerged as the Democratic front-runner after Super Tuesday, has had a weaker performance in these same communities. His campaign’s strategy has focused on drawing support from African-American voters, not only in Southern states like South Carolina and Tennessee but also in the Midwest, in Minnesota and Michigan. That strategy has propelled him to the lead in the race for his party’s nomination.

In this episode of Latino USA, Maria Hinojosa speaks with Sonja Diaz, Founding Executive Director of the UCLA Latino Policy Initiative, and Julio Ricardo Varela, co-host of the In The Thick podcast (also founder of Latino Rebels), about what we’ve learned about the Latino vote from the Democratic primaries so far. Sonja and Julio dive into data from different states and talk about what this might all mean for the general election in November.

This story was produced by Alissa Escarce.