A 2020 Election Dispatch From the Purple State of Arizona 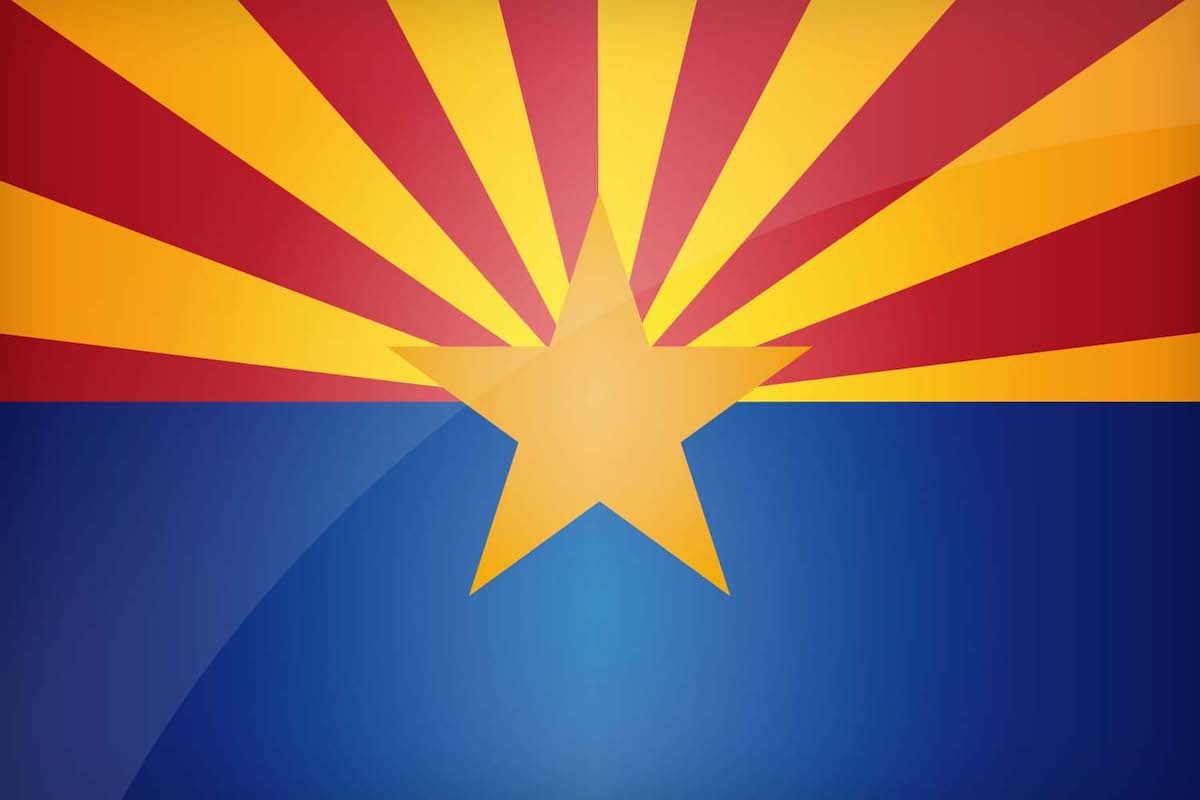 NOGALES, Arizona — Democracy 2020 is here, as the two remaining candidates vie for the nomination of the Democratic party.

If you’ve paid much attention to elections in the past, then you know there are a number of states that candidates work extra hard to win over. They spend more time (and money) in these places than anywhere else in the country. They do this for a reason. These are the states that historically “win” elections. That is to say that if a candidate can convince the majority in those states to vote for them, it becomes much more likely that they win the official nomination for their party.

Arizona is not one of those states. Or at least it didn’t used to be.

You can look back at about 40 years of electoral history in the state of Arizona —presidential, U.S. Senate and House, state Senate and House, Governor, and even the local elections— and for the most part you’ll see a sea of red with a few scattered dots of blue. Since 1992, the GOP has held the trifecta of partisan control over the state with only a few exceptions. Most notably, between 2003 and 2008, when Janet Napolitano was voted into the Governor’s office twice before being appointed Secretary of Homeland Security under the Obama Administration.

However, candidates might want to pay a little closer attention to the Grand Canyon State in 2020. Party lines seem to be shifting, local elections and state offices are filling up with Democrats, and the margins between Republican wins and Democratic losses are shrinking. Right now, it seems as though Democrats have noticed the opportunity and are taking advantage of it.

In 2018, Senator John McCain passed away. That same year, Senator Jeff Flake announced he would not seek re-election. The two Republican seats were left wide open. Enter Republican Martha McSally and Democrat Kirsten Synema—two strong women with political experience and plenty of determination to win the seat left vacant by Flake (McCain’s seat was not yet up for election. Former U.S. Senator John Kyl was temporarily filling in until the end of the year).

It was a vicious battle between the two women, each with their own impressive resumes. The fight got dirty. Really dirty. A 30-second ad explained that voting for McSally would surely bring ruin to the great state and immediately after, another ad would run calling Synema a socialist. As the days got closer to the election, the worse the campaigns got until new flyers solely dedicated to the slinging of mud at either of the two were arriving in the mail at every home almost daily.

Then election day came. Both candidates, their loved ones, and supporters watched as the results trickled in. It soon became clear who the people had chosen—Synema was the new U.S. Senator from Arizona.

What followed was no surprise. Kyl finished out the year as a place holder in what was McCain’s seat, and then Governor Doug Ducey, who’d just come off his own big re-election win, did exactly what everyone had predicted and appointed McSally to the now vacant Senate seat. The bitter, nasty, expensive battle that rocked the state was ultimately pointless. Both candidates had gotten what they wanted.

The same year, however, brought further upsets to the Arizona GOP. Sure, they still had control over the Governor’s office, but they lost an important seat in the Senate, and the balance of power within the state’s Congressional delegation shifted to the Democrats, 5-4. Arizona voters also elected in Katie Hobbs (Secretary of State) and Kathy Hoffman (Superintendent of Education), both Democrats.

There was another shift, albeit much less dramatic, within state level politics as well. After the 2018 election, the state House was at 17 Rs to 13 Ds, up one Democrat from the previous election cycle, and the state Senate ended up at 31 Rs to 20 Ds, up four Democrats. Not quite a complete shift in power, but maybe a balancing of the scales at the very least.

Some experts fluent in partisan trends suggest, however, that maybe the scales weren’t all that off balance to begin with.

Kim Fridkin, Foundation Professor of the Arizona State University School of Politics and Global Studies and author of such notable works as Taking Aim at Attack Advertising: Understanding the Impact of Negative Campaigning in U.S. Senate Races said in an email that the state’s voter registration is fairly balanced across party lines.

“Arizona is close to even, according to the latest figures—35% Republican, 33% Independent, and 31% Democrat. So that seems more like a Purple state than a Red state,” Fridkin wrote.

She then went on to acknowledge that the last election represented a major shift in power for the state. “AZ had a blue wave in 2018, electing Democrats up and down the ballot. A number of Democrats were elected to statewide office… So, the balance of power (especially in the US Senate) is close and may change hands in 2020.”

According to Fridkin, President Trump may be responsible for this shift in voter sentiment.

“I think moderate GOP voters and swing voters have been alienated by some of President Trump’s policies and rhetoric.”

She even suggested that Trump’s unyielding feud with the deceased McCain and disagreements with Flake played a major role. “I think McCain is a hero to many Arizonans. And, I think AZ GOP and swing voters value independence from their politicians. So, attacks on McCain (and Flake) from President Trump are not appreciated by most Arizonans.”

This doesn’t mean 2020 won’t be an uphill battle for Arizona Democrats. Republicans have deep roots across the state, and plenty of other factors will play into which direction voters sway in November.

Fridkin believes “the extent of Democratic success depends on mobilizing Democratic voters and also on contextual factors, like the state of the national and state economies.”

Undaunted, Democrats remain hopeful for a favorable outcome in the coming election.

“Arizona is one of several states that I expect to see turn blue in 2020,” says member of the Arizona State Representatives and candidate for Arizona State Senate, Rosanna Gabaldón (D). “My fellow citizens want less negative and chaotic behaviors from its elected officials. They are asking for deliberate and effective leadership, and it is the Democrats who will stand ready to deliver.”

Rep. Gabaldón also noted that the rise in enthusiastic young voters will play a major role in the outcome this November. “I am impressed when I see the younger generation lead the efforts for registering voters and advocating for their future.”

There is another major demographic that may be contributing to the purplish tint of Arizona politics that many have not taken into account. Over the last several years, people have moved to the state from California, a state at least as blue as Arizona is red.

According to the US Census Bureau, in 2015 Arizona received roughly 55,000 new residents formerly from California. That number shot up to 65,000 the following year. Then after experiencing a small dip in coastal newcomers, it went up to almost 70,000 in 2018.

It’s unclear how many of these new Arizonans are registered voters, or which party they may belong to. But based on the large number of registered Democrats in California and the arrival of Californians to Arizona in correlation with the state’s shift in partisan power, one could easily surmise that this new demographic is likely an important factor in the blue wave that is turning the red state as purple as one of its summer sunsets.

In addition, you cannot ignore the growing number of Latino voters in the Arizona, especially younger Latinos who have grown up in a post-SB 1070 world. According to Pew, this Latino wave of voters is a also big part of why the state is changing. The data doesn’t lie: 23.6% of the eligible voter population is Latino. That comes out to 1,188,000 voters out of a total of 5,042,000 voters.

Recently, Latino USA did a segment about Latino voters. Arizona was part of that conversation.

Both Democrats and Republicans have been anxiously anticipating Arizona’s Presidential Preference Election set for March 17 to see who the state’s Democrats feel best represents their political ideals. A debate was scheduled to take place at the state’s capitol the Sunday prior to the election. Interest in holding a Democratic debate in the traditionally red state was brought on by the previously discussed blue wave that took the state in 2018. The DNC had hoped to capitalize on that momentum.

Unfortunately, recent developments in the unprecedented COVID-19 outbreak led the campaigns of both candidates, along with CNN and Univision, to cancel the press and live audience for the event. As new developments came in rapidly, including the possible exposure of moderator Jorge Ramos to the virus, the debate was officially moved to Washington D.C.

However, the question remains: will the announcement of a global pandemic and the added precautions taken by state officials affect voter turnout, and if so, who will it favor? It’s hard to tell right now, but current polls showing Joe Biden leading and the state is still holding the election.