The Moving Border: Part One, The North (A Latino USA Podcast) 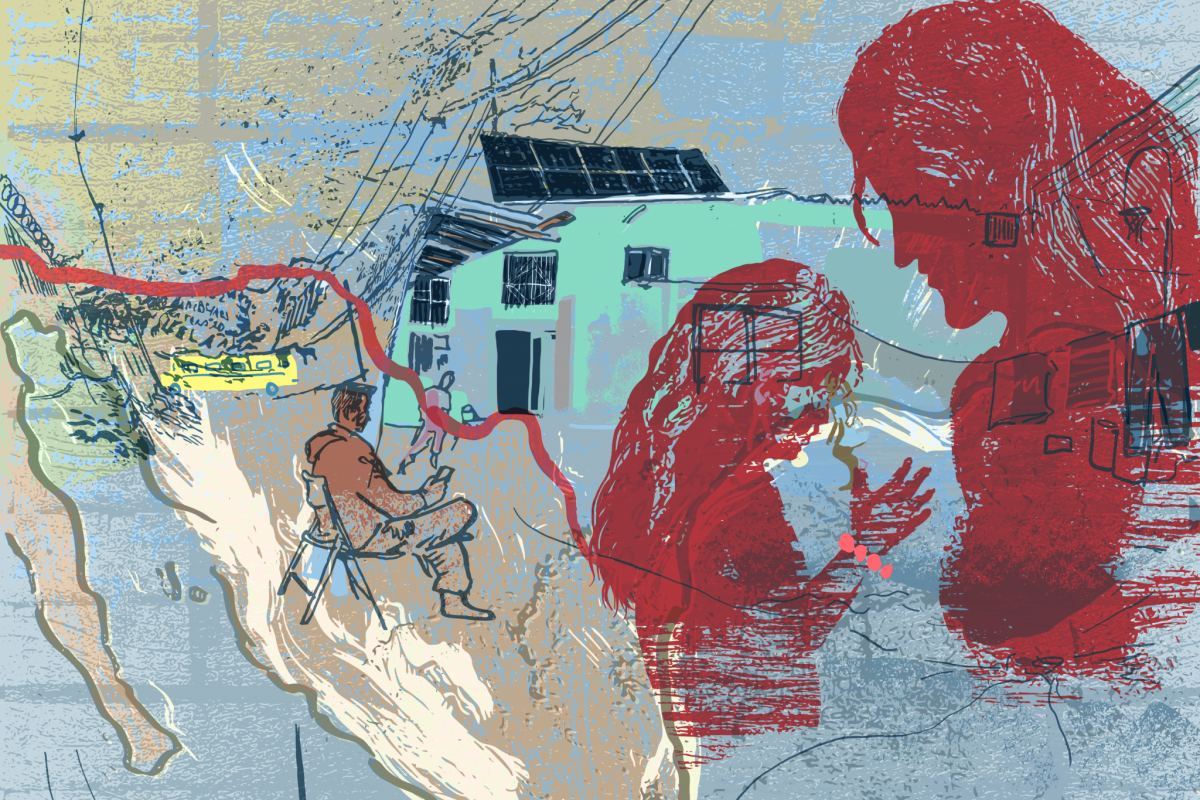 In this two-part investigation, “The Moving Border,” Latino USA delves into the increasing pressure put on refugees seeking safety in the United States via its southern border. It reveals the surprising support the Trump administration has received from a Mexican administration that once publicly spoke out against Trump’s rhetoric, and how together they’ve created an impenetrable policy wall that pushes asylum seekers further and further south.

During his presidential campaign, Donald Trump centered much of his messaging on the idea of building a wall between the U.S. and Mexico. It was an idea that seemed at total odds with a country whose public persona spoke proudly about being a nation of immigrants. And while his chant of “build the wall” became a rallying point for a demographic of voters, it also seemed extremely unlikely to ever happen. It was expensive and too simple of an idea to actually be effective in dealing with a complex issue.

In the end, the physical wall that President Trump has been able to build over the last three and a half years is fairly limited. The headlines since he took office have instead been filled with news of nearly constant policy and legal shifts by the administration to frustrate —and potentially almost completely stifle— many forms of immigration.

One group targeted by this avalanche of policy changes has been asylum seekers. These are people who are traditionally the most vulnerable, including those seeking safety from violence and persecution in their home countries. The U.S. had historically been one of the countries who took in the most refugees each year. Under President Obama, the U.S. said it was willing to take in 110,000 refugees a year. President Trump cut that to just 18,000 for fiscal year 2020—one of the lowest in modern times.

These cuts come at a time when U.S. regional neighbors in Central and South America have seen profound political and economic unrest—as have many parts of the world.

Despite international criticism for this action, the Trump administration went further. It also tore into the process for reviewing asylum claims, particularly from those who present themselves at the U.S. southern border. While in the past asylum seekers had been allowed to wait in the U.S. as the years-long process unfolded, Trump deployed new policies that left more than 60,000 asylum seekers, many of them children, languishing in Mexican border towns indefinitely as they wait for decisions on their claims.

In episode one, “The North,” we visit the Mexican city of Ciudad Juárez, where we tell the story of a mother and daughter who have been mired in a web of changing policy and subjected to ongoing violence. And we find concrete evidence of how Mexican authorities are working hand-in-hand with the U.S. at the border.

“The Moving Border” series was produced by Julieta Martinelli, Fernanda Camarena, and Maria Hinojosa, and edited by Marlon Bishop. The executive producer is Diane Sylvester. It was made possible by a partnership with the Pulitzer Center, with additional support provided by the Ford Foundation.