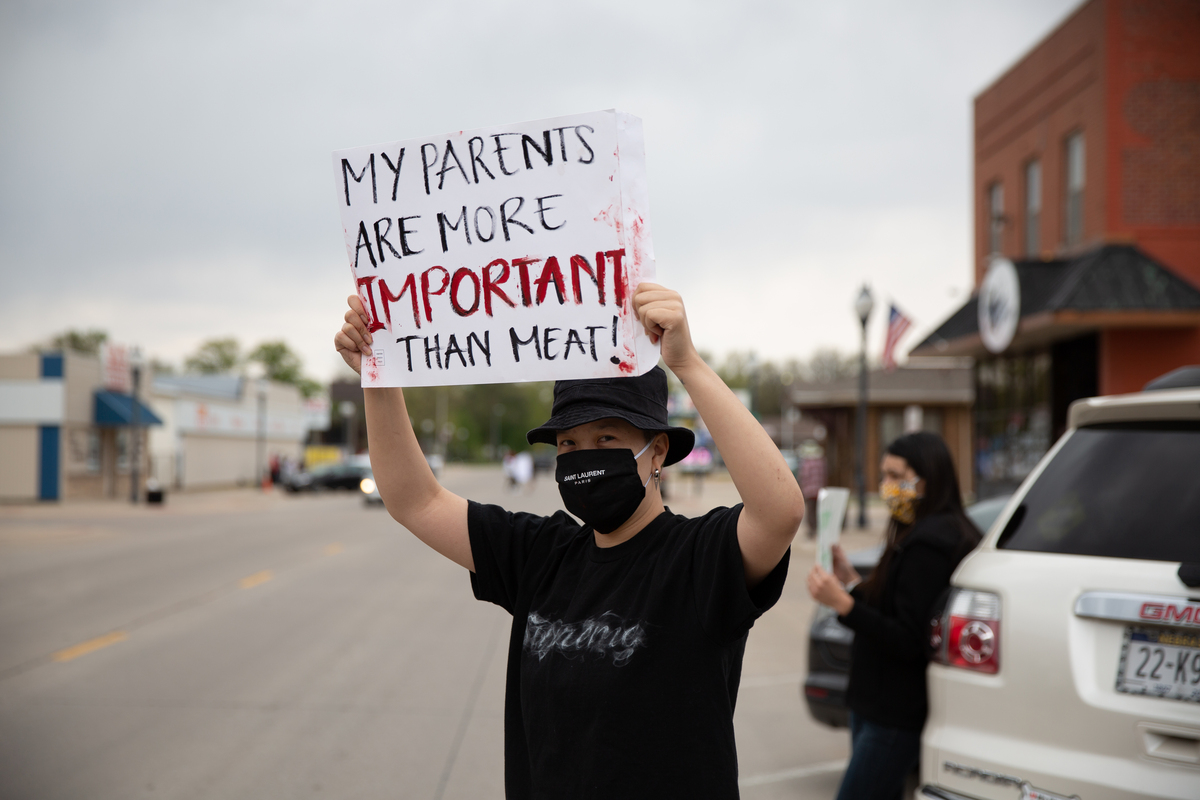 Last March, while the country grappled with stay-at-home orders, meatpacking plants across the nation quickly became invisible hotspots for the coronavirus. Maira Mendez, a high school administrator in Lincoln, Nebraska, worried her parents might contract coronavirus from their jobs at Smithfield Foods, a massive pork processing plant in the nearby town of Crete. 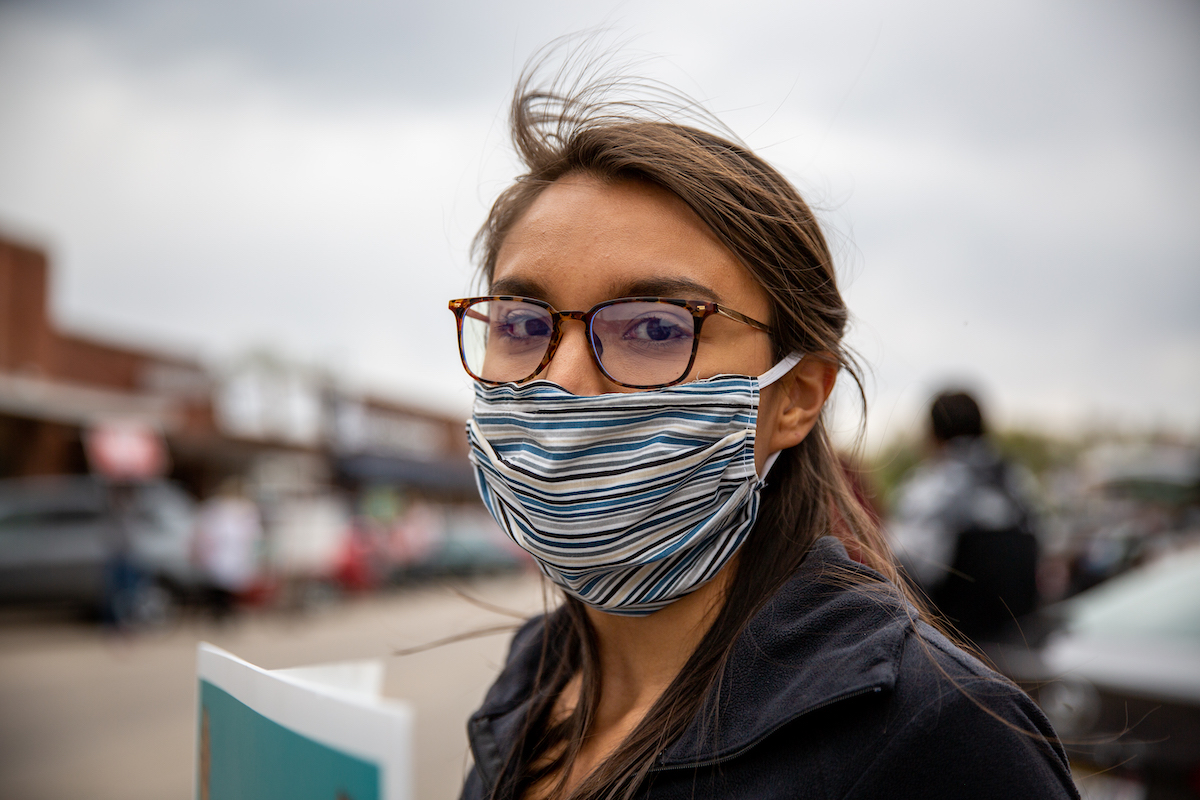 Maira Mendez at a protest in Smithfield. (Photo by Mary Anne Andrei)

As cases rose into the thousands last spring, the meatpacking industry struggled with ensuring social distancing and providing enough protective equipment. Mendez began realizing how many workers were also reluctant to speak out about conditions for fear of retaliation or because of their immigration status. 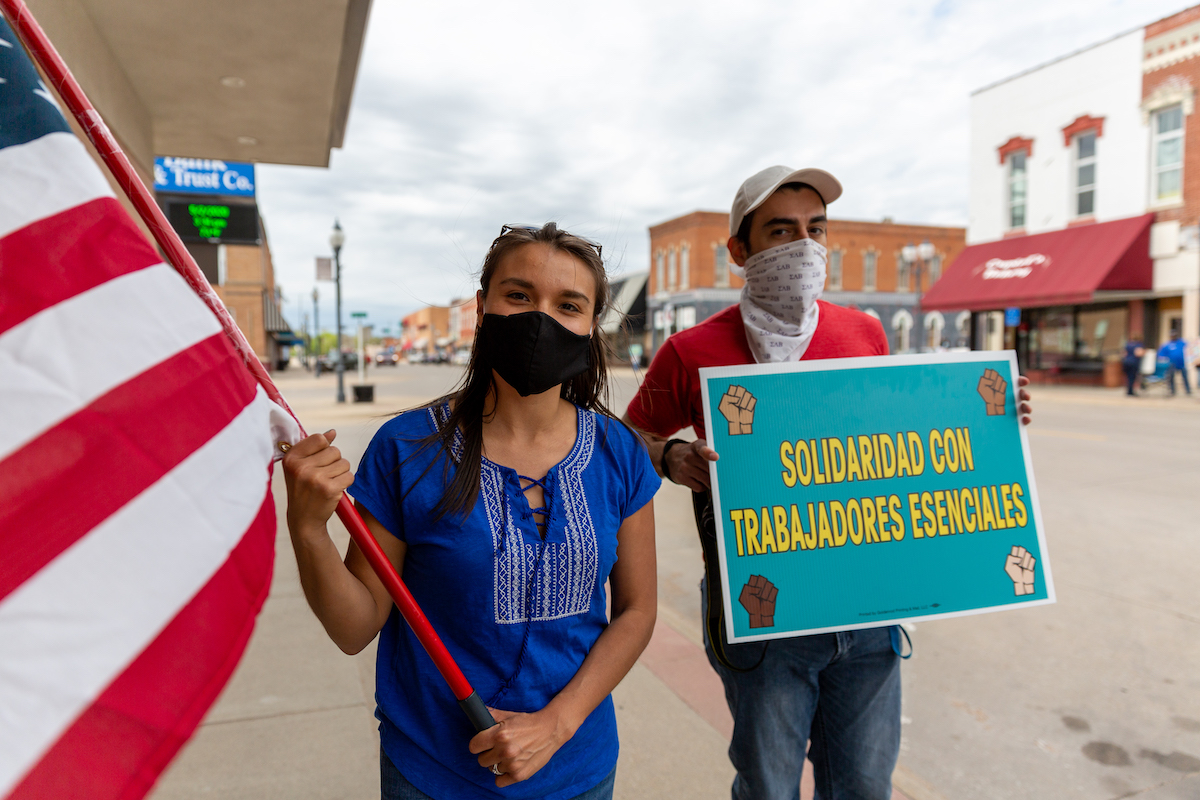 Maira and another children of Smithfield worker protest conditions at the plant in Crete, Nebraska. (Photo by Mary Anne Andrei)

Last April, Mendez and several of her friends, whose parents also work at the Crete plant, formed a Facebook messenger group they called: “The Children of Smithfield.” They began urging state officials, including Governor Pete Ricketts, to take action to protect their parents and other workers.

As their pleas went unanswered —and cases jumped sharply at the Crete plant which remained open— “The Children of Smithfield” took to the streets to demand safe working conditions for their family members.

This Latino USA podcast was produced by  Esther Honig and Mary Anne Andrei. Reporting done in collaboration with the Food & Environment Reporting Network, a nonprofit news organization, with editorial support from Sam Fromartz.