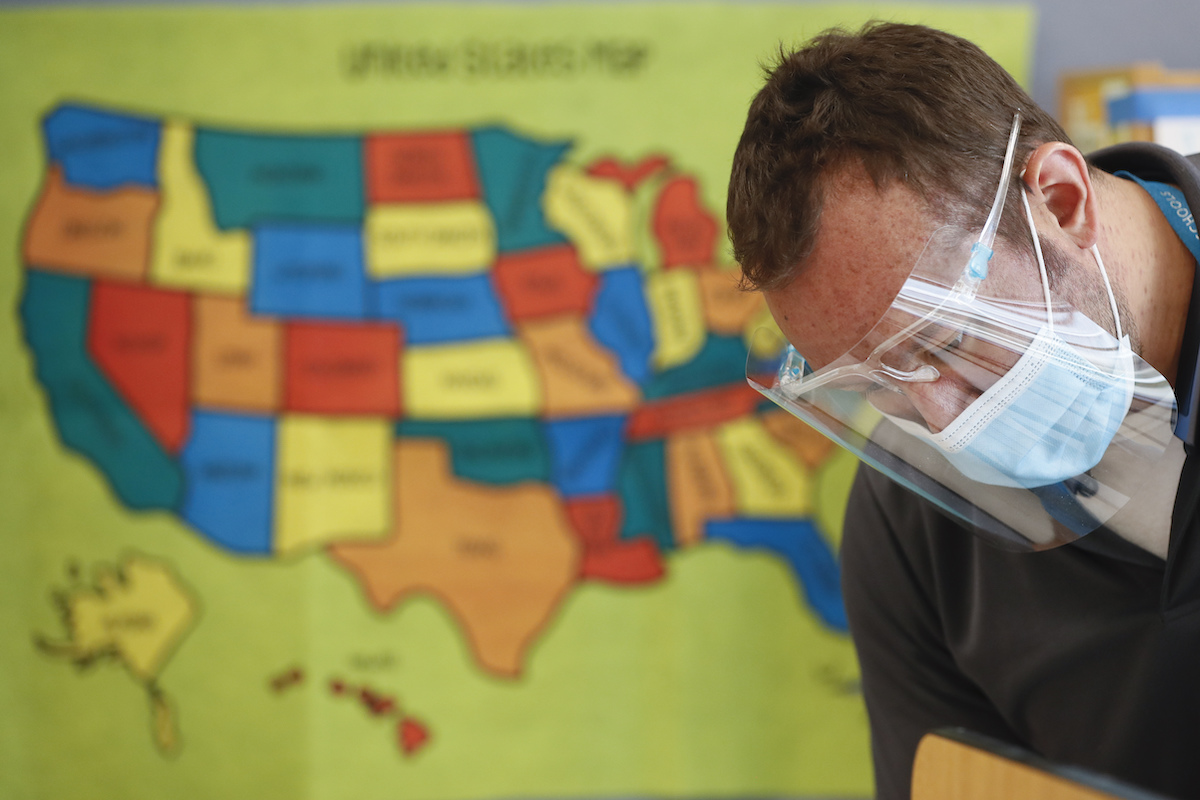 CHICAGO — Despite the growing number of COVID-19 cases and deaths nationwide and an expected new surge following the holidays, many public schools across the country are reopening this month, including schools in Denver and Maryland, where some reopenings are set for February. Other school districts, such as those in Washington, D.C., are struggling with the decision to remain closed or reopen later this year.

For the nearly 5 million students in U.S. public schools for whom English is a second language, staying out of school for in-person learning is a distinct disadvantage. While specific data on English learners in many school systems is missing, evidence suggests nationwide this community will likely be disproportionately affected and suffer lasting academic damage and learning loss.

As both a linguist and mother of two bilingual children in a Chicago Public Schools district, remote learning has given me a unique lens into the frustrations and difficulties faced by students whose language of instruction differs from their home language, as well as the lack of support the district has offered English Learners.

This lack of support becomes exponentially impactful because English learners are also more likely to be socioeconomically marginalized than their monolingual English peers. Among other factors, these students face greater challenges relating to technology access and internet connectivity.

This population has less experience at home with online learning resources. In addition to providing materials in the students’ home languages, schools also need to help students and parents navigate cultural barriers that might impede access to learning materials.

Being at home for almost a year during this pandemic will have greatly reduced these English Learners’ language acquisition, literacy, and long-term academic success.

School systems nationwide must act to help mitigate this future crisis by providing clear guidelines for how to best support these students and their teachers during remote and hybrid learning as well as after a return to full school days.

As Illinois last month faced more than 7,300 new COVID cases in one day and a positivity rate of 8.6 percent, the Chicago Public Schools administration has faced strong opposition after revealing their framework for pre-K and special education cluster students to return to the classroom during the second academic quarter of 2021.

CPS recently revealed their 20th-day enrollment data, showing the largest annual decrease in student enrollment in the last 20 years. The 4% decrease represents approximately 15,000 students district wide, and disproportionately affecting Black and Brown students, with a 44 percent drop in enrollment for Black preschoolers and a 29 percent drop for Latinx preschoolers.

Chief Education Officer LaTanya D. McDade said in her statement, “It’s our responsibility to educate our children and we are prepared to safely offer in-person learning, beginning with our youngest and most vulnerable students, to ensure they stay on a positive academic trajectory.”

Missing from the statement, however, was discussion of the districts’ other sizeable “vulnerable” group: English Learners. According to CPS, those students who speak a language other than English at home and are learning English make up approximately 20% of all CPS students, or 60,000 students in the district. No numbers on English Learner students’ enrollment are available for this academic year.

District administration in Chicago made a step in the right direction when they followed CTU recommendations and suspended plans for ACCESS testing in January. The ACCESS test measures English Learners’ language development in listening, speaking, reading, and writing. Student scores on the ACCESS determine whether they are considered “English proficient.” Students in Illinois need a 4.8 composite score in order to reach this milestone.

This test can only be administered in person and World-Class Instructional Design and Assessment will not be developing an online version of this test for administration during the pandemic.

This presented the district with a conundrum: English Learners are among the students who will benefit most from returning to in person learning, but this return should not start with high stakes testing. Suspending high stakes testing for all students including English Learners is the equitable thing to do, but it is exponentially important for English Learners. Subjecting students to ACCESS testing upon re-entry may reduce federal funding for the district and will cause undue stress on students who are already facing innumerable obstacles in their learning.

A recent story published by Chicago’s WBEZ examined data over the last three years and found that over 70 percent of CPS schools that serve English Learners, “fall short” by CPS, state, and federal criteria.

According to WBEZ’s analysis of Chicago Public Schools’ transitional bilingual programs —programs that offer temporary instruction in a child’s native language while that child is learning English— from 2017-2020,  an overwhelming majority of the schools in the district were cited for non-compliance.

When students returned to remote teaching in spring, there was little guidance from the district regarding how to provide the federally mandated support for English Learners. The districts’ move toward asynchronous preferences for remote learning in spring only further deprived these students of the input they most need to learn English.

Input refers to the language that language learners are exposed to in a communicative context. The input that these students are exposed to, both in and beyond the classroom, helps them acquire, or learn English. Without input, it is impossible to acquire a language.

Despite the district’s move toward a balance between synchronous and asynchronous learning this fall, the pandemic has greatly reduced English Learners’ exposure to authentic input, both in and outside the classroom.

In a typical classroom, input comes not just from the teacher, but from peers. Peer input has also been greatly reduced due to remote learning. It is unlikely Early Childhood Education teachers can make use of breakout rooms in their Google Classrooms without greatly increased support.

For young learners, this is especially problematic for their literacy development and it can potentially widen the literacy gap, also known as the Matthew Effect. Named for the biblical verse (Matthew 25:29 “To him that hath…”), this phenomenon is the educational version of “the rich get richer and the poor get poorer.”

Parents of English Learners across the country are also finding it more difficult to support their children’s learning. While school communication is translated into various languages, local communication from individual schools might not be. English Learners become language brokers, their parents relying on them to translating/interpret important materials from their teachers and schools.

Like pre-K and cluster students, English Learners need to return to schools as soon as it is safely possible. Until then, every school district needs to direct resources to help mitigate the effects of this pandemic on their learning.

Each district needs to provide a concrete plan on how best to support and serve English Learners and their teachers, leverage existing resources to do this, and continue to fight for more federal funding and a long overdue increase to federal funds for English Learners.

Carolina Barrera Tobón is an assistant professor of Spanish and co-director of the Bilingual Language Development Lab at DePaul University. She is a Public Voices Fellow of The OpEd Project.

One response to “Open Now: Why Schools Need to Serve English Learner Students in Person (OPINION)”