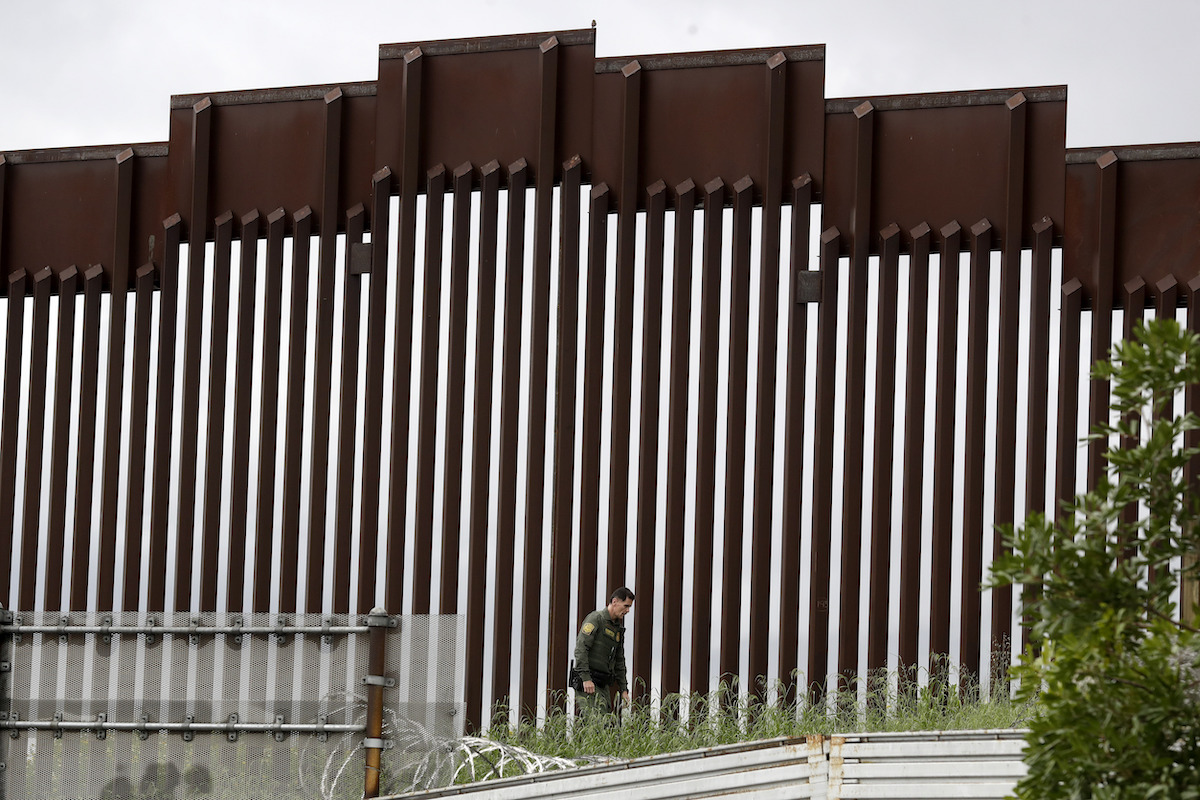 This is a true story. I have direct and personal knowledge of it. The names were changed to protect their identities.

Before their night bus departed, the three brothers ate rice with grilled pork chops unsure of when they would eat their favorite meal again. From their small town in Ecuador, the road trip lasted about 10 hours before they crossed their first border into Peru. A quick inspection of their passports revealed nothing suspicious and they were permitted to continue the full day journey to Lima where they boarded a plane for Mexico City.

During the flight, the brothers listened to reggaetón music and recited their plan like a meditative chant to calm their nerves. The plan was quite simple, the two older brothers, Paul and John, would work while the 16-year-old, Luke, attended school. Paul and John promised Luke that they would work two jobs to pay for his college education. Once Luke got his bachelor’s degree, the three brothers would return home. Armed with an education from the U.S.A., Luke was guaranteed a promising career in Ecuador that would enable him to return the favor and take care of his brothers.

In Mexico City, the three brothers boarded a plane for Monterrey, Nuevo León, where they stayed with 25 other migrants in a warehouse. The coyote brought their allotment of rice daily so they could cook their meals. To pass the time they listened to reggaetón. At the end of 10 days, they boarded a bus toward Nuevo Laredo along the U.S.-Mexico border. Inside a decrepit wooden shack, the brothers waited in a week-long queue for their turn to cross the Rio Grande river.

On Sunday July 7, 2019, the coyote told the brothers it was their turn to cross. A car picked them up at noon sharp and took them on a 15-minute ride to the river. The coyote told them to walk across one at time. Paul, the eldest, went first but soon realized the water was too deep to walk. They would have to take their shoes and jeans off to swim. John and Luke didn’t know how to swim, but there was no going back. They had to learn fast.

Paul swam and made it to the U.S.A. John went next followed by Luke. Around halfway across the river, Luke swam past John. The strong currents overtook both Luke and John, but the water pushed Luke to the U.S. shore, while John struggled to stay afloat. Luke recovered his breath while laying on the ground. The coyote yelled, “Leave him behind! From here, you’re on your own!” He retreated into Mexico and disappeared.

Paul and Luke could not leave their brother behind. Paul jumped back in the river to rescue him. Luke shouted for help. The current grew stronger and pushed John out of the reach of Paul. Soon John was out of sight. When Border Patrol agents appeared, Luke was relieved, thinking they would save his brother. Luke tried to tell them that John was drowning, but the agents didn’t speak Spanish. They detained Luke and then Paul. Eventually, the brothers were provided with a translator and communicated that the river carried John away. Border Patrol took a boat to the river and recovered John’s body the next day.

Paul and Luke were taken to la hielera, the immigrant detention center nicknamed the “Ice Box” for its freezing temperatures. They slept on the floor and used a blanket Luke describes as aluminum paper-like. Since Luke was a minor he was separated from his brother and taken to another facility. A family friend helped Luke post bond and get released to them. Paul spent just over two months detained until he was eventually put on a plane to Ecuador. A series of handcuffs chained Paul’s wrists, ankles and waist for the entire seven hour flight.

The irony of our immigration policy is that it is costing us billions to try to keep people out who never planned to stay in the first place. Adding insult to injury, the recent stimulus bill included $1.3 billion in funding for a border wall. The wall is an unoriginal approach to immigration policy considering that there already exist multiple walls. The U.S.-Mexico border is littered with Berlin Walls, creating divisions between cities like San Diego and Tijuana or El Paso and Juárez, among others.

This is what our frontera looks like when we tell @potus to defund Trump’s wall por que “Si Nos Dejan” we can go on living our beautiful frontera life together where we love our neighbors and we shower each other with love and unity, not hate and division. #NotAnotherFoot pic.twitter.com/00NNFpiRs0

We pretend that these are different cities, but the U.S.-Mexico border is like if the government put a wall in the middle of New York City and declared the northern half New York and the southern half Baja York. There are many reasons why walls fail, but perhaps the biggest is that if immigrants will cross a giant body of water without knowing how to swim, it becomes evident that a wall is the least of their obstacles.

You could forgive our immigration policy for having flaws when you consider the complexity of a system that includes people from multiple countries, entering through multiple borders, with multiple legal designations and ramifications. What is unforgivable is that when you strip all the complexity away it is still tragically disastrous. In the case of Paul, John and Luke, the outcome should have been straightforward. They are three brothers from the same country who attempted to cross the border at the same place and at the same time. Yet they each had a very different outcome. If our immigration system doesn’t work when you remove all the nuance, how could it ever work once we consider the chaos of people traveling to the U.S.A. from around the globe?

For years, immigrant rights activists have fought for reform. They’ve made some gains with various approaches including Deferred Action for Childhood Arrivals (DACA), Temporary Protection Status (TPS) and asylum. However, immigrants like Luke and Paul do not qualify for DACA, and Ecuador is not currently a country designated for TPS. Furthermore, it can be difficult to prove and win an asylum case. What would help immigrants like Luke and Paul is to decriminalize border crossings. It certainly would have saved John’s life if the brothers could have simply taken a flight into the U.S.A.

On Wednesday January 20, 2021, President Biden signed executive orders to halt construction of the wall until further review. He also announced an immigration bill that will provide a path to citizenship for the 11 million undocumented immigrants living in the United States. This is a welcome surprise from President Biden, who was vice president during the Obama years that saw record numbers of deportations. While these reforms may be a huge leap forward in the immigration policy of the last 30 years, unless border crossings are decriminalized, we will continue to see tragedies along the U.S.-Mexico border.

When I heard bits and pieces of Luke’s story, I knew the world needed to read it. I asked Luke if he wanted to talk about his experience. He did. I asked him if I could publish it if I changed their names. He said of course. I asked him what he enjoys doing and he responded listening to Nicky Jam. I wrote it down in my notebook.

I admit I’ve been dismissive of reggaetón. It wasn’t my thing, but I’ve been listening to Nicky Jam nonstop while writing Luke’s story. “El Ganador,” the opening track of his 2017 album, Fénix, reminds me of Luke.

Luke is currently waiting for his day in immigration court. Due to the pandemic, his court date keeps getting pushed back. He is doing his best to make the most out of his time in the U.S.A. Luke tried going to school for a while, but it proved difficult on his own. He is 17 and working two jobs. Every paycheck he sends money to Ecuador since the pandemic caused his family to lose their employment. On a rare day when he is not working and the weather is nice, Luke enjoys sitting along the beach watching the calm water as he listens to Nicky Jam. He still enjoys rice with grilled pork chops, but he recently discovered Chinese takeout and is obsessed with shrimp fried rice.

Arturo “Tootie” Alvarez is based in Chicago. He trucks. He writes. Not at the same time. Twitter @TootieAlvarez.

One response to “Immigration, Rice and Nicky Jam”