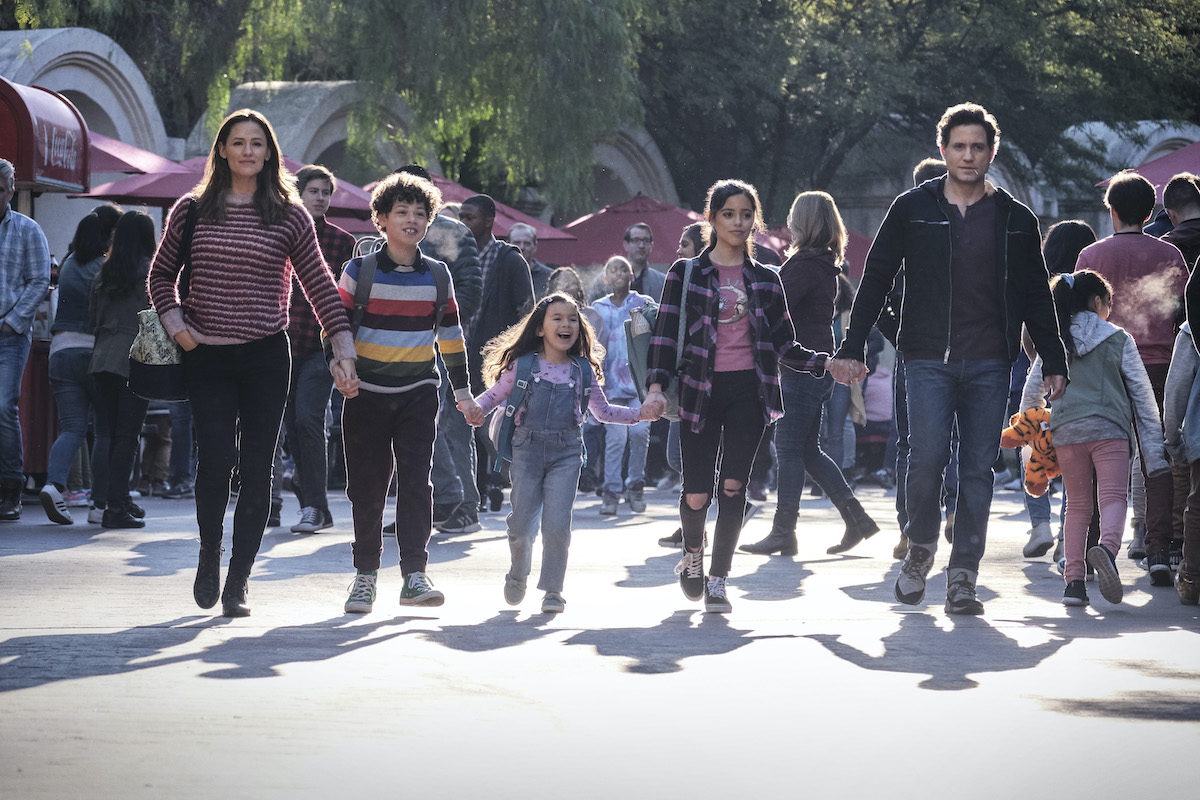 There are more than 26 million mixed-race people in the United States, and at least 11% of them are part Latinx, according to Pew. But you wouldn’t know that from watching TV where Latinxs, mixed or otherwise, are largely invisible and when we do show up, are generally stereotyped—you know the voiceless maid in the background or the dead cartel member.

You might think those trends are pretty much over, what with Latinxs subscribing at higher rates to Netflix and its competitors. But the streaming giant itself recently released a new survey and the results are not good. According to their own numbers, only 4.7% of Netflix’s leads and co-leads are Latinx, and an abysmal less-than 1% are “above-the-line” creators (aka the decision-making showrunners, producers, directors, and writers). This despite us making up nearly 20% of the population. Maybe they shouldn’t have canceled One Day At a Time?

Still, the very fact that they commissioned and released the survey shows that Netflix wants to do better. And they’re not the only one—HBO just launched Pa’lante!, their new marketing campaign aimed at engaging the Latinx consumer. Disney+’s premiere original series, The Mandalorian, stars (a masked) Pedro Pascal. NBC’s Peacock rebooted Saved by the Bell with Latina actress Haskiri Velazquez at the helm. And the list goes on.

And I got to say, it feels good to be courted. It’s about time media companies paid attention to Latinx audiences. For one, it gives us the chance to finally see the diversity of our communities reflected back to us—I’ve got a Chicano dad, a white mom, and an upper-middle-class background (both my parents are professors). I’ve never seen a family that looks anything like how I grew up on screen.

Until Yes Day. It’s not just the specificity of the particular household I grew up in (the demographics of each parent, plus kids). It’s how normal it all seems. The Torres family of Yes Day speak English and Spanish, the Dad (Édgar Ramírez) has an accent AND a professional job, they live in a single-family home in a nice neighborhood. And this fun family movie was made about them, where the conflict is all about learning to trust, know, and appreciate each other more. Where the tone and takeaway are heartwarming and relatable. Where it’s normal to be mixed and suburban.

Growing up in a family like that, in an environment like that, was always normal for me. I didn’t know that abuelita was a Spanish word until I took a foreign language class in sixth grade. That said, I did have a small moment of panic the first time I had to answer one of those questions about my “race.” Most of my classmates were white. So was my mom. But I knew both my parents would want me to fill in the Hispanic/Latino bubble. I did and I have been ever since. Yes Day doesn’t dwell on these identity issues, instead, it lets people like me just exist without a lot of fanfare.

Certainly, my class and skin tone allow me to feel “normal” in plenty of places where other Latinxs would be ostracized or worse. The Torres family of Yes Day are in the same white-privilege boat as me. They’re beloved in the ice cream store they frequent, not side-eyed. The want-to-be reality show contestants the recruit to play capture the flag with them have no problem believing they’re really in casting. The cop (the always hilarious Arturo Castro) who “arrests” them at Six Flags is Latinx too and does his best watching the kids while the parents are detained.

Nothing bad happens to the Torres family. They face no discrimination or violence or deportations. Instead, the climax of the film comes when the oldest daughter, played by Jenna Ortega (Netflix fans will recognize her from the second season of You goes to a concert and gets overwhelmed by her (white) friend’s poor decisions and her fellow revelers’ drug use. Her mom (Jennifer Garner) comes to the rescue. Meanwhile, the younger kids’ volcano/foam party gets out of hand and the dad has to get home and regulate, overseeing the neighborhood kids as they clean up.

This easy, breezy Latinx family fair is doing well for Netflix. Yes Day topped their charts for more than a week. Before that, Robert Rodriguez’s We Can Be Heroes may have become their most-watched film to date (Netflix doesn’t release their numbers). That one stars a Latina girl leading a band of pre-teen superheroes. Her dad is played by Pedro Pascal (he’s everywhere!) and her abuelita (Adriana Barraza) is a “legendary” superhero trainer. Clearly, Latinxs are hungry to see ourselves on screen as we see ourselves in real life—as part of loving families, rich cultures, and complex worlds.

Hopefully, Hollywood is finally catching up.