During His Bill Maher Interview Friday Night, Here’s What Sen. Alex Padilla Said About the Use of LATINX 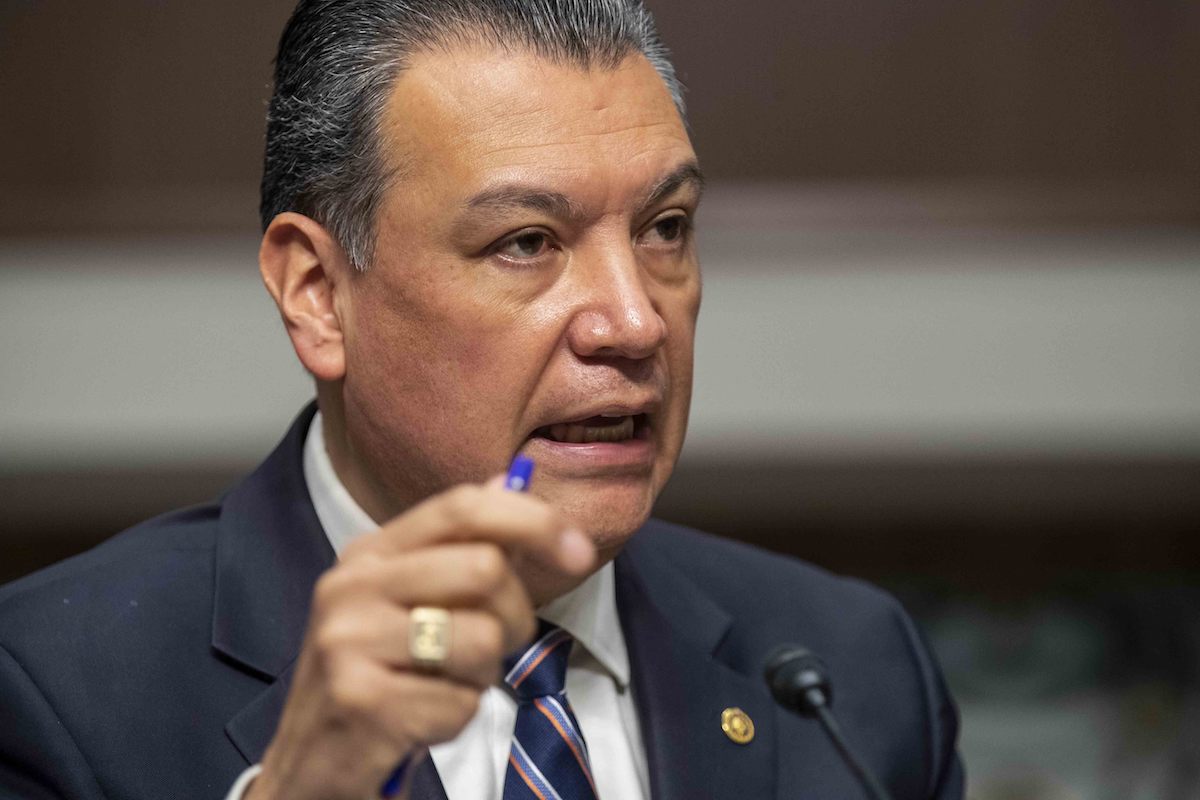 On Friday night, Sen. Alex Padilla (D-CA) was the featured interview guest for Real Time with Bill Maher on HBO Max. At one point in the interview, Maher was asking Padilla about why Donald Trump did better with Latino voters (a complicated topic that needs more studies). Maher then cited a November 4, 2020 tweet by Rep. Ruben Gallego (D-AZ) and subsequent reports that the term Latinx should never be used in any Democratic Party political outreach:

First start by not using the term Latinx. Second we have to be in front of them year round not just election years. That is what we did in AZ. https://t.co/ZxkWtuZkN5

This was the response Padilla gave: “That’s [Rep. Gallego’s] opinion, and I respect it. I don’t completely agree. Here you say it and it just throws me back to the years and years of debates, not just in college by the way, of Hispanic versus Latino versus Chicano versus Mexican American, when we get caught up in the terminology. It comes across in different ways to different people in different parts of the country. Latinx, look, for the younger generation especially, it is purposeful. It is more than just symbolic. In the Spanish language, you have feminine versus masculine nouns, and the move to Latinx is one way of saying, ‘You know what, if we’re all equal, let’s let our language reflect that.'”

“[Latinx] is relatively new for some. I’d be interested in the cross tabs, if you will, the underlying data in polling. For older voters, maybe not nearly as popular. For younger voters, which is the growing part of the Latino electorate, they embrace it,” Padilla added.

And this is where we will say that Padilla’s answer is somewhat accurate if you look at recent data and cross tabs. As Pew noted last year, the term is no way near being popular in use, but when broken down by older and younger groups, there is clearly greater awareness with younger people and increased use of the term.

Still, outside of the data, there is at least a clear understanding in our community that the use of Latinx is complicated, from embracing the term to flatly rejecting it for reasons that have nothing to do with political outreach. As our founder tweeted out after seeing the Padilla interview:

As an outlet that has been covering this debate since 2014/2015 (look it up), I think LATINX is a term that has staying power with a certain part of Latino community. And @SenAlexPadilla is right: look at usage in different groups.https://t.co/o9ttLaFWVg

Also, I will add that it is very easy (and lazy) for some Latinos to just flat out reject anyone in our community who uses the term LATINX. I don't play it that way and will always give an individual the agency to decide what label they want to self-identify.

And finally, there are plenty of people who reject the term LATINX for other valid reasons, just like they reject LATINO. https://t.co/0kyu5zVWXx

Also, plenty of voices who completely reject the term LATINO and also reject that @latinorebels was even founded in the first place 10 years ago. I get it and I am also fully aware that the outlet is not for everyone. So go create your own lanes. Nobody is stopping you.

Finally, I will leave you with this.https://t.co/S2G8VlIHRR

Yes to the Power Rangers vibe when it comes to this discussion.

2 responses to “During His Bill Maher Interview Friday Night, Here’s What Sen. Alex Padilla Said About the Use of LATINX”